To record the activity of retinal cells in live organisms, researchers use in vivo electroretinography (ERG) systems. Essentially, these consist of contact lenses with attached electrodes that are placed on the eyes and used to detect responses to different intensities and wavelengths of light. Such in vivo analysis has limited potential for experimentation, however, so some researchers choose to study dissected retinas in culture. Surprisingly, “there was no system on the market” for ex vivo ERG, says Vladimir Kefalov of Washington University School of Medicine in St. Louis. “You had to build a whole system from scratch,” which he estimates would cost between $60,000 and $100,000. Indeed, Kefalov himself had built such a system.

To trim the expenses and complications of a custom ex vivo system, Kefalov’s team built an ex vivo adapter, based on in vivo ERGs available in most ophthalmology departments. The adapter, which Kefalov has also made available for purchase, holds two retinal specimens, maintains them at body temperature, perfuses them with physiological buffer, and connects the buffer to electrodes. In essence, the adapter replaces the contact lenses of in vivo systems, but retains the software, electronics, and illumination of the in vivo ERG—and all for just a few thousand dollars.

One benefit of ex vivo ERG is that “you have a level of experimental control that allows you to know uniquely what cell type you’re recording from,” says Alapakkam Sampath of the University of California, Los Angeles. Using the new adapter, Kefalov showed that the same intensity of light produces larger electrical signals from rod photoreceptors than from cone photoreceptors—perhaps explaining how rod cells enable us to see in low light conditions. (Vision Research, 101:108-17, 2014) 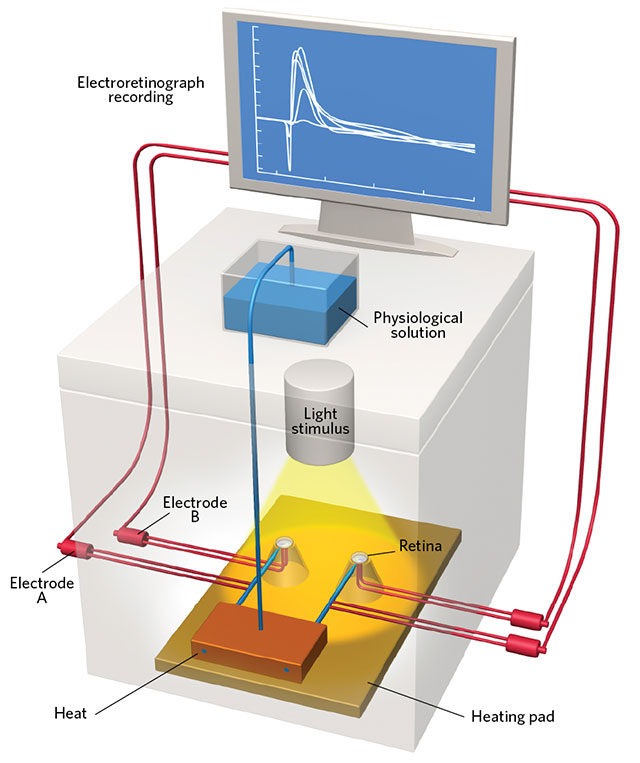 OUT OF BODY EXPERIENCE: Two dissected retinas, photoreceptor side up, are mounted to two domes on a heated ex vivo recording rig. A buffer solution flows through a heat exchanger and runs over the retinas, which are illuminated from above. The perfusate can carry drugs or change temperature depending on the experiment. Two sets of electrodes send retinal activity information to an amplifier. Electrode A is connected to the buffer that runs above the retinas, and electrode B records from below on the ganglion side of the retina.© GEORGE RETSECK 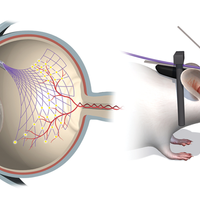 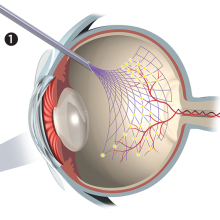 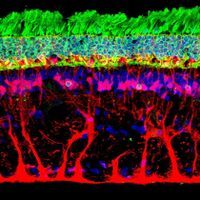 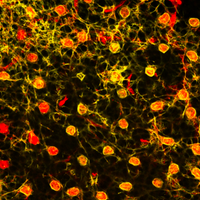