Placement of copper surfaces in intensive care unit (ICU) hospital rooms reduced the amount of healthcare-acquired infections (HAIs) in patients by more than half.

Michael Schmidt: Hi, I'm Michael Schmidt. I'm a professor of microbiology here at the Medical University of South Carolina. And I'm going to share with you an exciting story that we've conducted over the last three years, where we asked a really simple question: ‘Will something as simple as copper—something that each and every one of us have in our pockets in the coins—will something as simple as metallic copper help control the spread of hospital-associated infections?’

To make a long story short, the answer is yes. By placing copper on strategic points in our hospitals, principally on the rails of the patient's bed, on the over-bed tray table, on the arms of the visitor's chair, the nurse's call button, the IV pole, and the bezel around the monitor that hangs over the patient's bed, we asked a question: ‘If we reduce burden, can we reduce infections?’

And the answer was yes. We cut the infection rate in rooms that had copper by over half.

This is a serious problem in the United States today. The United States spends about $45 billion extra on hospital-associated infections each year. And if something as straightforward as putting copper on the rail of the bed can cut infections in half, just imagine what we can do for healthcare. The patients won't acquire the infection. They'll have a better outcome. So, copper is really an inexpensive solution to lowering your risk of acquiring an infection. And at MUSC, it's all about lowering the risk to the patient so that we can generate better outcomes.

So, you might be asking, what's next? Where else can we put copper? Well, this is a test that we're about to conduct. This, as you can see, is you standard stethoscope. But, instead of it being made out of stainless steel, this is made out of copper. And we know that each healthcare worker at MUSC cleans their stethoscope between patient interactions. But, something as simple as making the stethoscope head right here out of copper, instead of having a plastic tube, we have a copper braided tube, and we have copper earpieces. We can effectively do the same thing that we did before with stainless steel using something as simple, as straightforward as copper.

Obviously, we got really exciting results. We cut the infection rate in half. So, our infection-control team is truly excited. And plans are under w 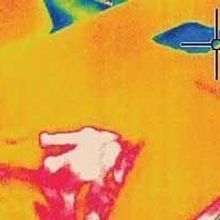