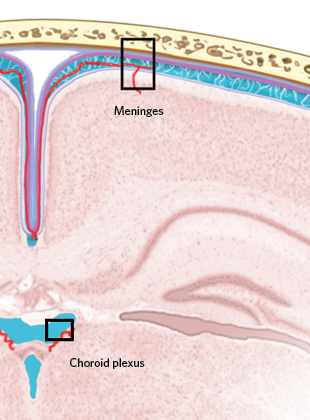 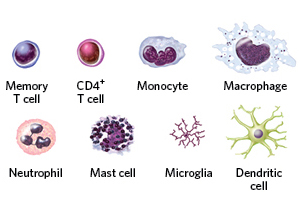 Until recently, the central nervous system (CNS) was thought to be cordoned off from the peripheral immune system, reliant only on its resident immune cells called microglia. Peripheral immune-cell breaches anywhere in the CNS were considered signs of disease. But researchers now know that diverse immune cells—possibly by the millions—circulate in the cerebral spinal fluid (CSF) and live in the brain’s outer membranes even in healthy individuals. 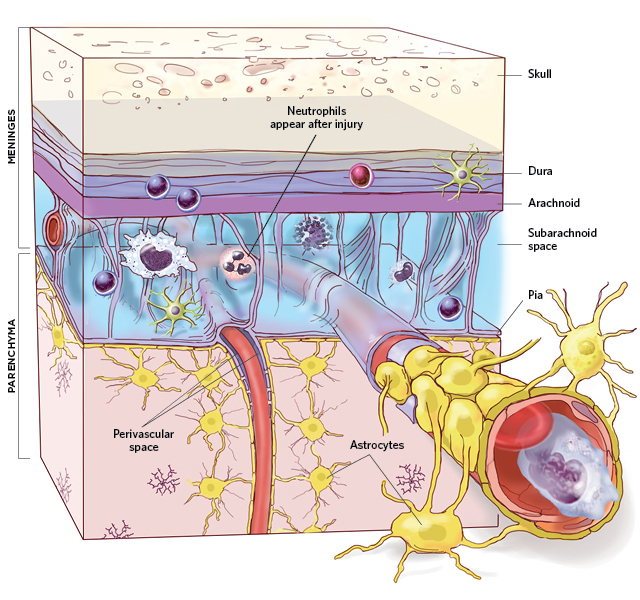 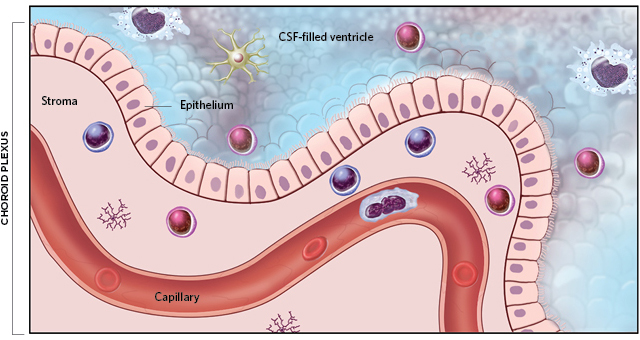 IN SICKNESS AND IN HEALTH

The immune system is a critical part of a functioning central nervous system (CNS), even in the absence of injury. But most immune cells are largely relegated to the cerebral spinal fluid (CSF), the brain’s meninges, and the epithelium of the choroid plexus. When the CNS experiences a...