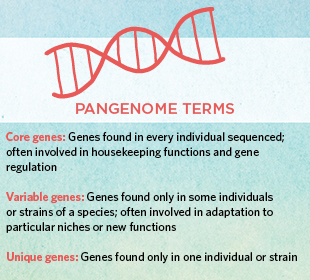 From the sequence of a single genome, it’s impossible to determine which genes are shared by all members of a species and which are possessed by only some. However, just one additional sequence offers the opportunity to distinguish shared and variable content. As more genomes are sequenced, more genes are discovered and some genes that were believed to be ubiquitous are found to be lacking from certain individuals. As a result, the estimated size of a species’s core genome—the set of genes shared by all members of a species—generally decreases, and the size of the pangenome—the set of all distinct genes in the species—increases.

A reference genome built from the DNA of an individual organism can be visualized as a linear sequence (top). But there is a growing appreciation that this sort of representation fails to reflect the diversity among individuals of a species, which... 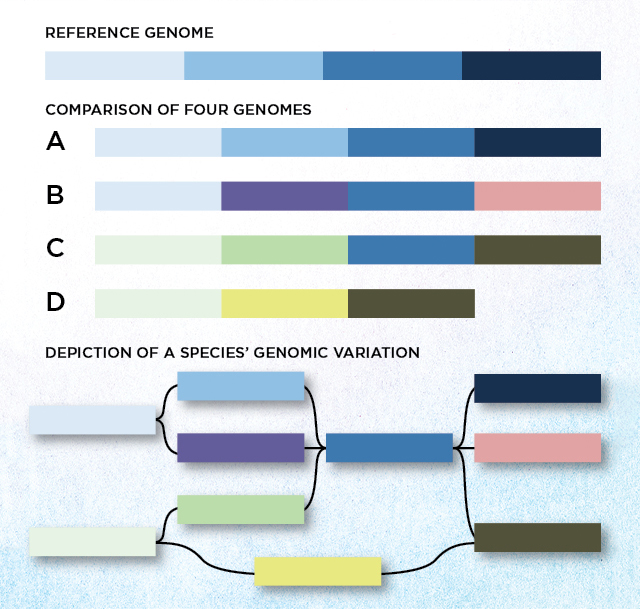