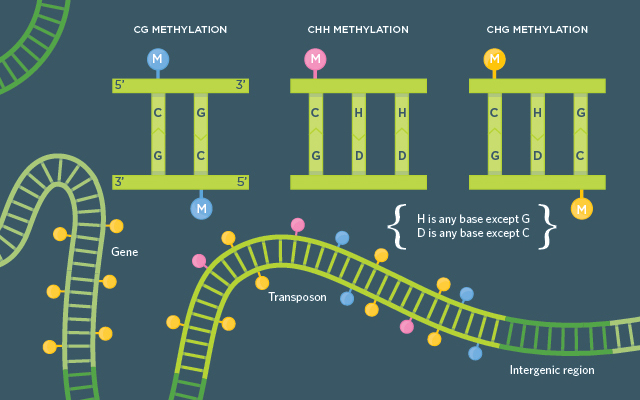 Every time a cell divides, it must replicate its genome and its epigenome. Plants have diverse pathways overseeing the faithful passage of the methylome to daughter cells.

CG methylation
Copying CG methylation patterns to the two daughter strands is relatively straightforward. That’s because this type of methylation is symmetrical: the complementary strand is also CG (reading from 5’ to...

CHH methylation
CHH methylation is inherently asymmetrical, because the H is any base except guanine. CHH methylation is passed on to both daughter genomes using a process called RNA-directed DNA methylation, which involves small RNAs that guide RNA interference machinery to methylate complementary regions of DNA.

Arabidopsis pollen grains have three haploid cells: one vegetative cell that helps produce the pollen tube and two sperm. One sperm fertilizes the egg to make the
embryo, while the other fuses with the female’s central cell to form the supportive tissue
known as endosperm.

During reproduction, certain types of DNA methylation are reprogrammed in the pollen. 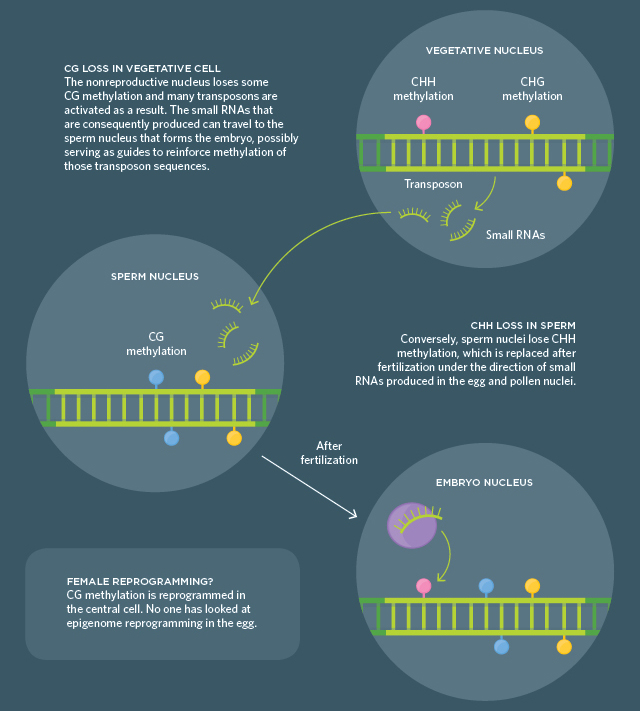