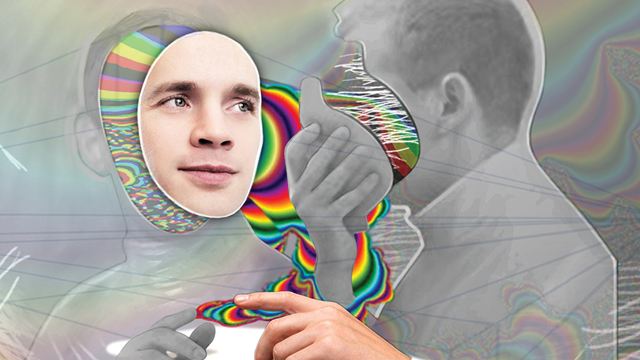 Key brain areas involved in the effects of psychedelic drugs are located in the default mode network (DMN), which is more active at rest than when attention is focused on the external environment. Neuroscientists first discovered this network while scanning participants’ brains at rest: rather than a decrease in activity across the brain, they found that activity in some regions was actually higher when people were not engaged in a goal-directed task. Over the years, researchers have linked the DMN to a variety of functions, including autobiographical recollection, mind wandering, and processing self-related information.

Key hubs of the DMN include the posterior cingulate cortex (PCC), the medial prefrontal cortex (mPFC), and the posterior inferior parietal lobule (pIPL). Through neuroimaging, researchers have discovered that psychedelic drug use decreases activity in some of these brain areas, and also reduces connectivity within the DMN.

Neuroimaging studies have also shown that connectivity between brain networks is... 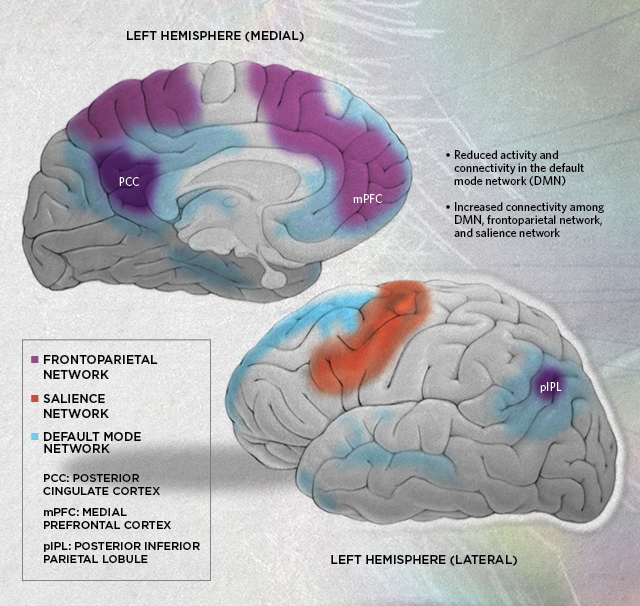 Scientists have discovered that a number of psychedelics can reduce inflammation throughout the body. Animal studies with one of these drugs, DOI, which is an especially potent anti-inflammatory compound, are starting to reveal the mechanism behind these effects. According to one hypothesis, DOI binds to and activates the serotonin 2A (5-HT2A) receptor to recruit protein kinase C (PKC). This is thought to block the downstream effects of the binding of tumor necrosis factor-alpha (TNF-α) to its receptor (TNFR), which is known to initiate a signaling cascade that promotes the transcription of proinflammatory genes. 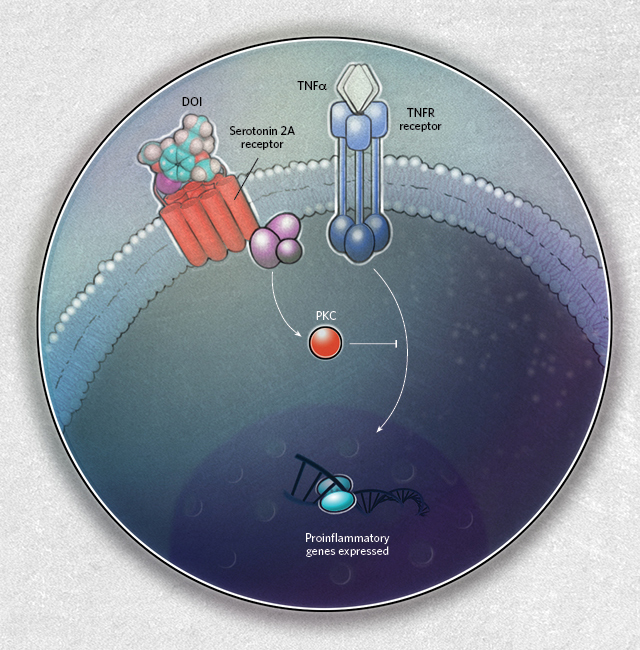