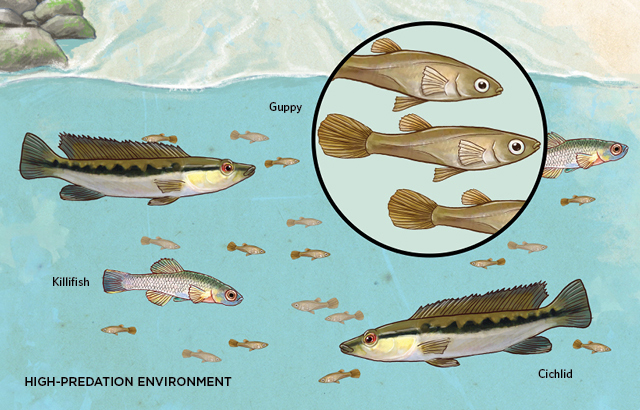 Contemporary evolution, or rapid genetic changes within populations, is ubiquitous, but one of the earliest demonstrations of natural selection’s short-term dynamics was observed in the streams of Trinidad. Starting in the early 1980s, researchers transferred guppies from communities with cichlid predators to bodies of water with only smaller predators called killifish, which eat only small, young guppies. The guppies in the new, low-predation environment grew larger and reproduced later than guppies that lived in cichlid-infested waters. Females also began having fewer, but larger young, and the intervals between their litters got longer. Over the long term, killifish evolved to be smaller and less abundant. Laboratory experiments confirmed that changes were hard-wired and heritable. 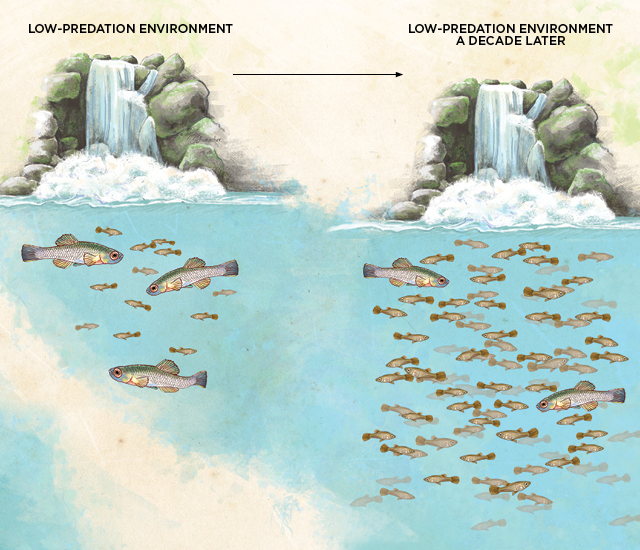 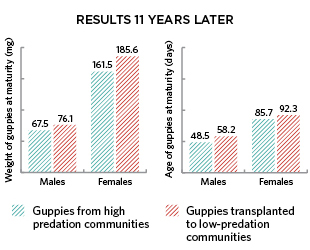 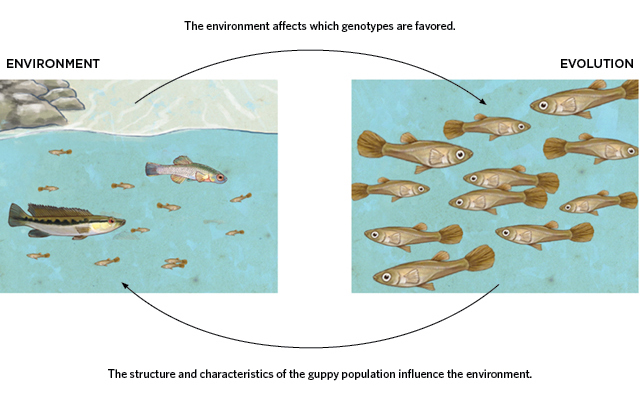 As the guppies became more abundant in the low-predation habitat, they faced more competition. It turns out that high guppy densities—and the subsequent depletion of...