To support their unchecked proliferation, cancer cells often make metabolic adjustments to increase the supply of precursors to the necessary building blocks of the cell, such as amino acids, nucleotides, and lipids. Many of these altered metabolic pathways could serve as targets for novel anticancer therapies. 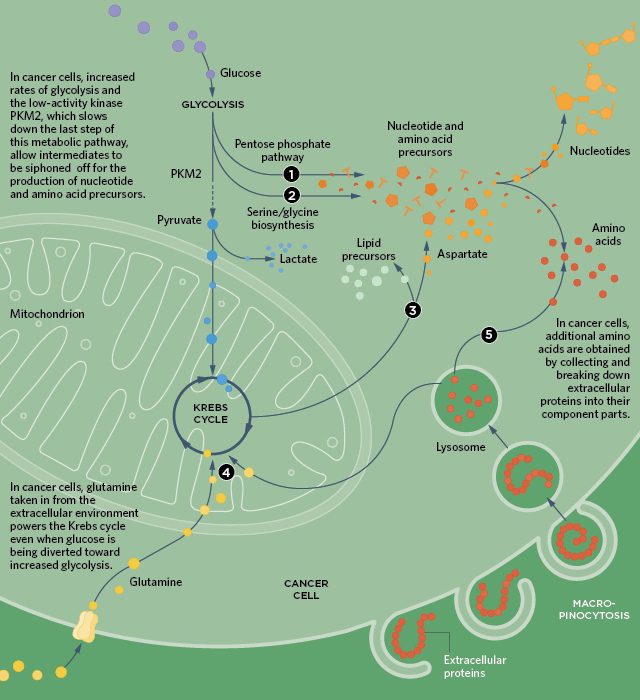 Unlike normal cells, cancer cells metabolize high levels of glucose and perform glycolysis even in the presence of oxygen. Increased glycolytic rates lead to the accumulation of much needed precursors for biosynthetic reactions. Glycolytic intermediates are siphoned off to the pentose phosphate pathway (1)—which generates NADPH and pentoses (5-carbon sugars)—as well as to pathways for serine/glycine biosynthesis (2), ultimately leading to the production of nucleotides. Cancer cells also employ a low activity pyruvate kinase isoform, PKM2, which slows down the last step of glycolysis.

In mitochondria, the metabolic process known as the Krebs cycle also provides key precursors for the...