ABOVE: Researchers investigate the death of a gray whale that washed up at Angel Island State Park, California, in the spring of 2019.
CARA FIELD / © THE MARINE MAMMAL CENTER UNDER NOAA FISHERIES MARINE MAMMAL HEALTH AND STRANDING RESPONSE PROGRAM PERMIT 18786-03

More than 360 gray whales have washed ashore in less than two years, leading researchers to ask what might be causing their demise. Autopsying the dead animals and watching live whales on their migration routes suggest that there may not be a single culprit. Instead, a combination of interacting factors, including ship strikes, entanglement in fishing gear, killer whale attacks, a balloon in population, and climate change, may be causing the uptick in gray whale deaths. 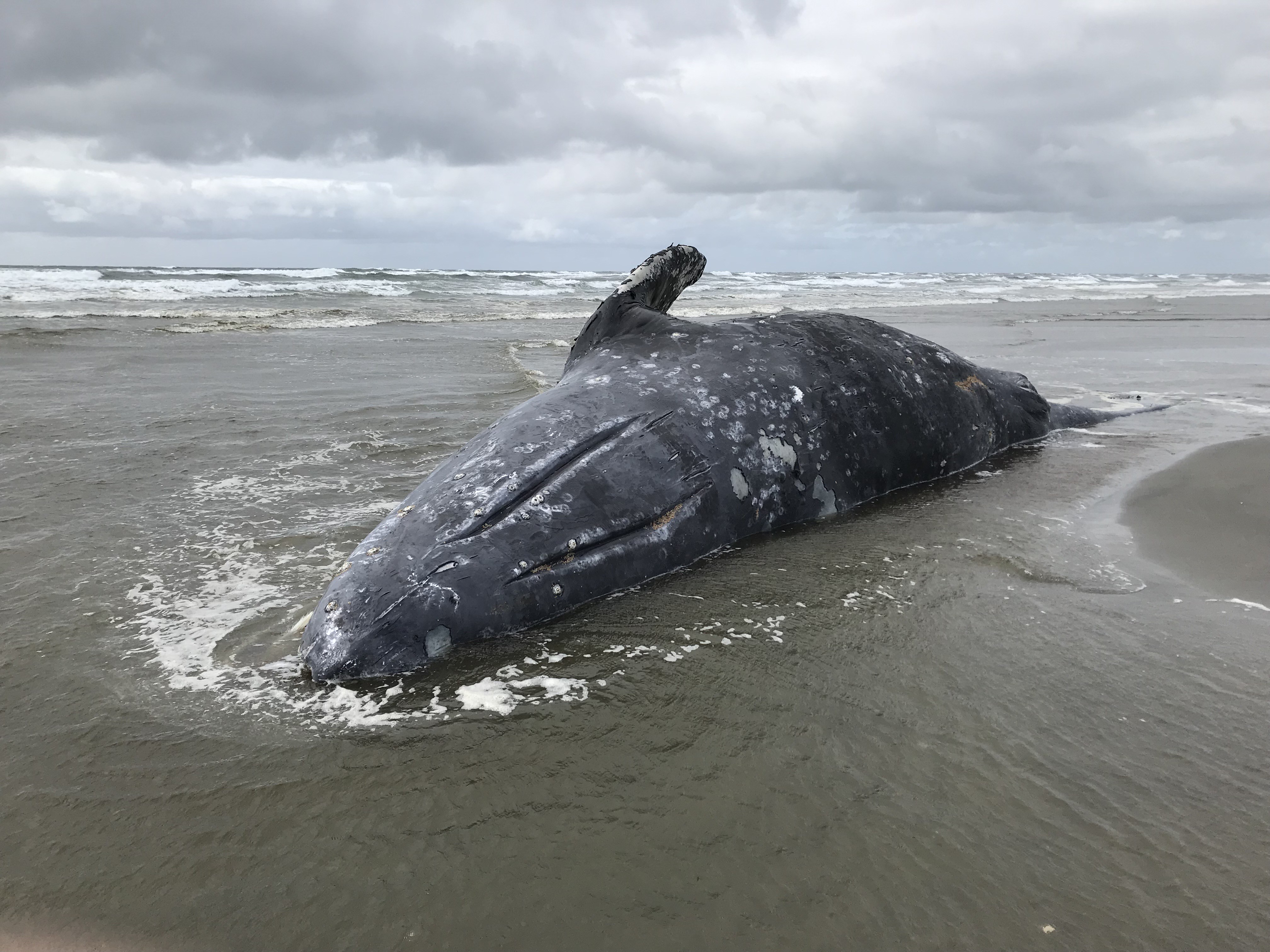 This stranded dead gray whale washed ashore in early April 2019 at Leadbetter Point State Park in Washington State. After a necropsy, scientists concluded that it was unusually thin. Researchers are still trying to determine why many of the whales that have shown up on a beach appear to be underweight.
JOHN WELDON, NORTHERN OREGON/SOUTHERN WASHINGTON MARINE MAMMAL STRANDING PROGRAM UNDER NOAA FISHERIES MARINE MAMMAL HEALTH AND STRANDING RESPONSE PROGRAM PERMIT 18786-03 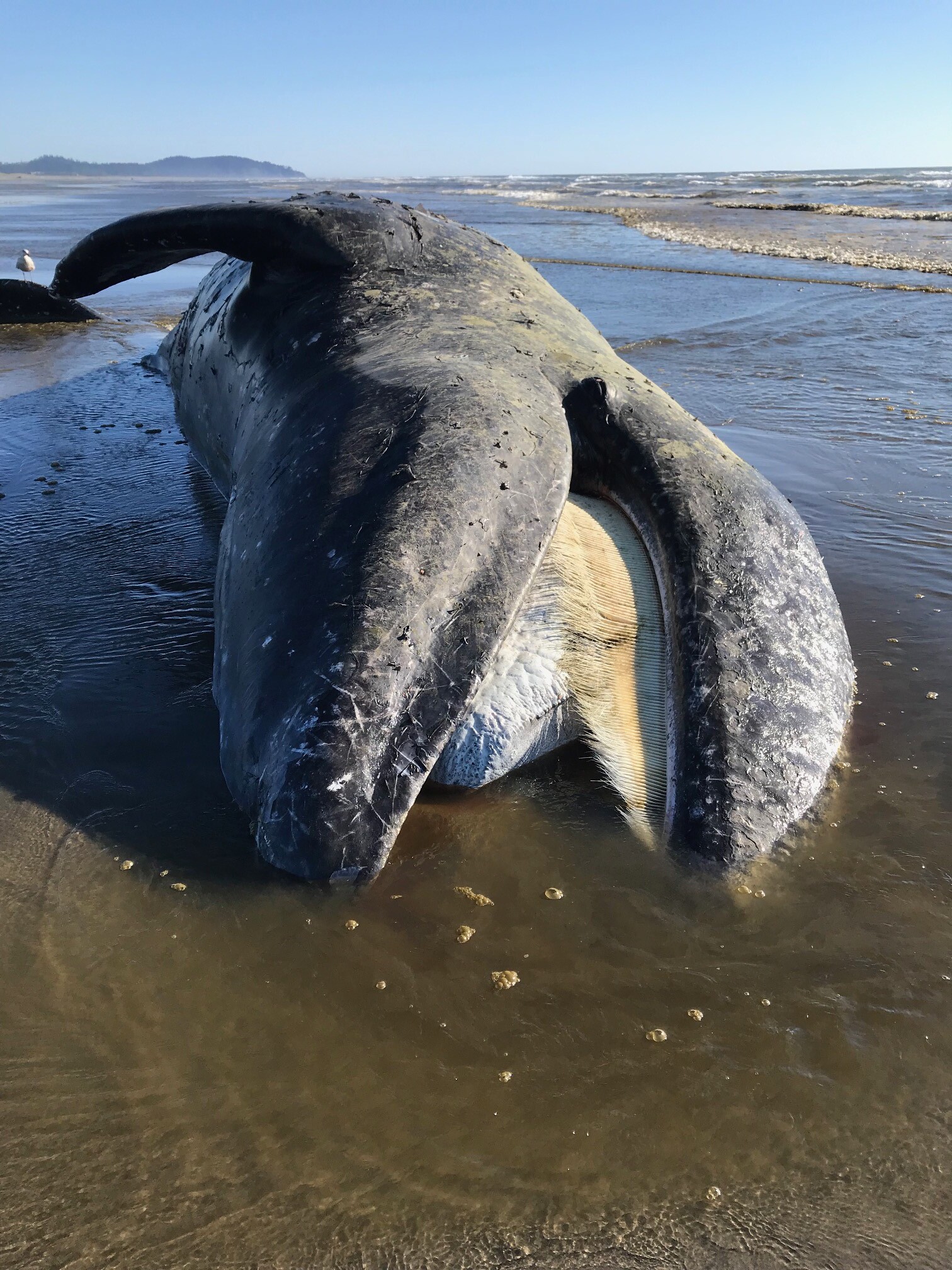 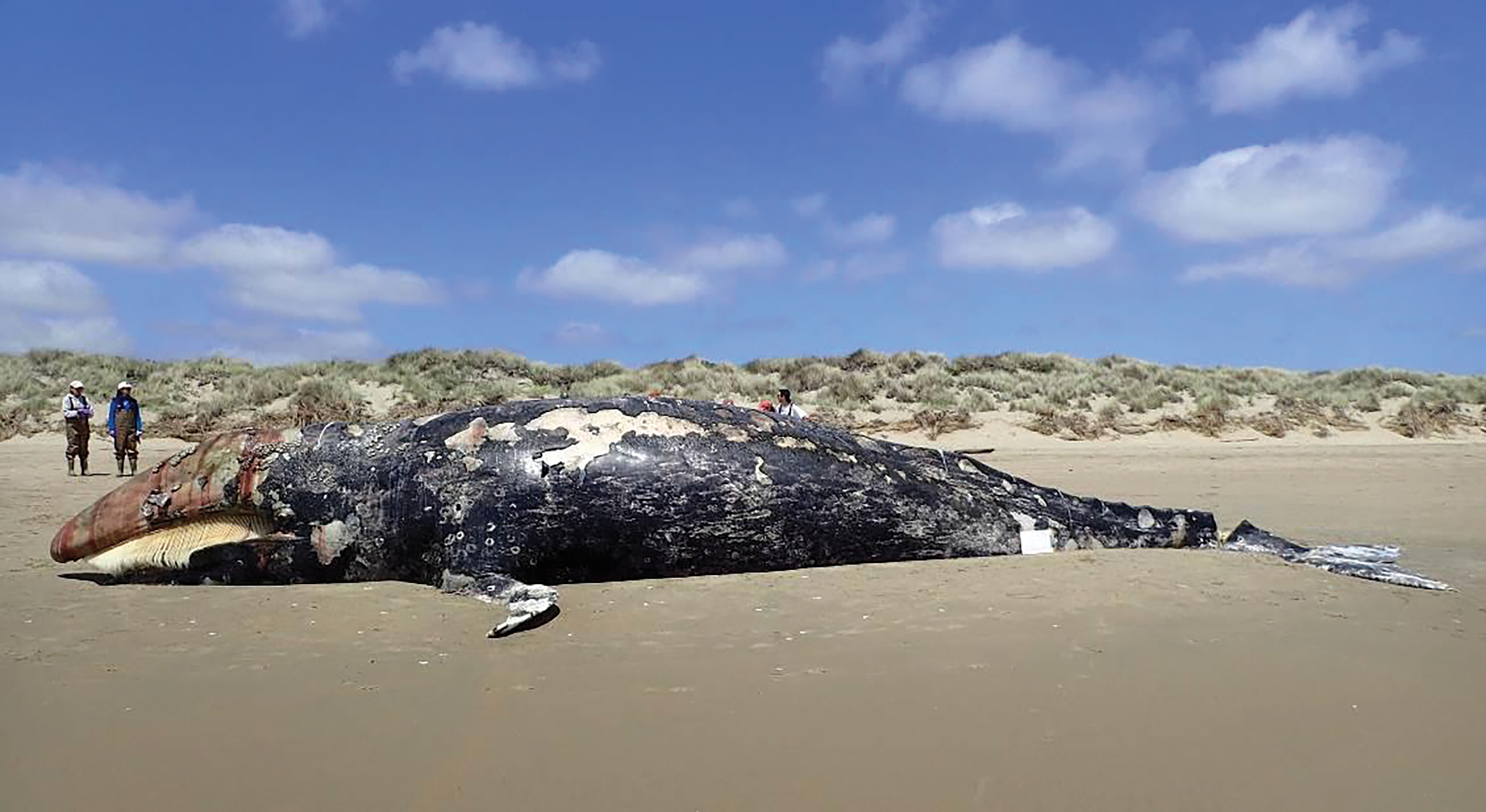 In April 2019, this female gray whale washed ashore at California’s Point Reyes National Seashore, and researchers were there to investigate.
BARBIE HALASKA, THE MARINE MAMMAL CENTER 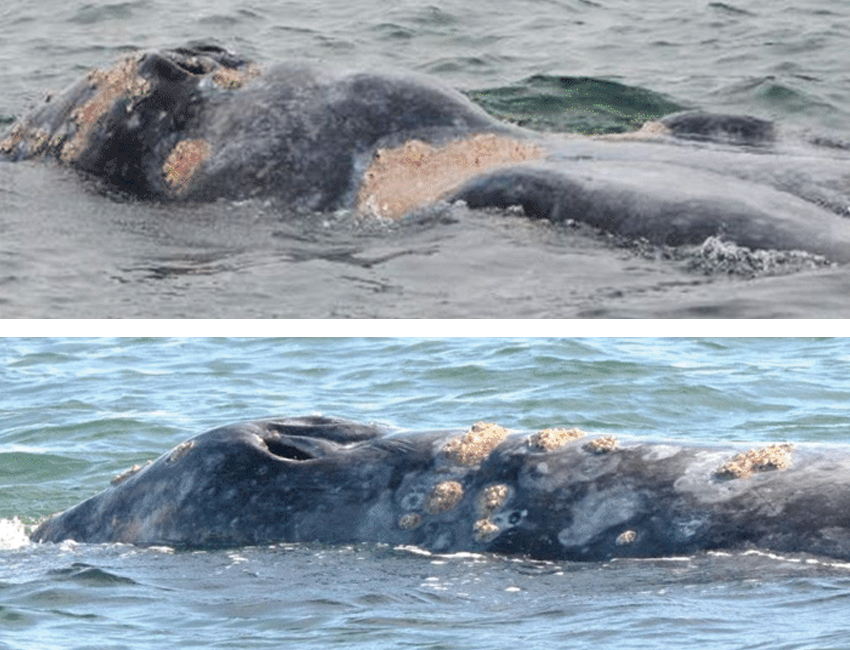 Data on the whales doesn’t only come from dead animals. The anatomy of the living whales gives clues to their health, too. If a whale has a significant dip behind its head (top), scientists think the whale is skinny and in poor health, but if there is no dip (bottom), the whale is considered healthy.
THE LAGUNA SAN IGNACIO ECOSYSTEM SCIENCE PROGRAM, A PROJECT OF THE OCEAN FOUNDATION 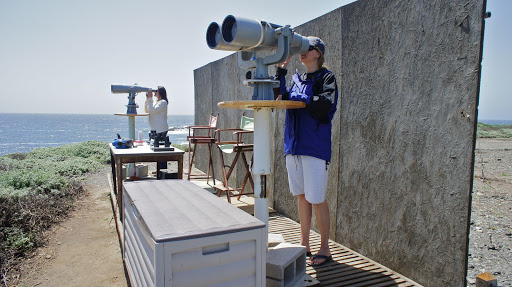 At the Piedras Blancas field station near San Simeon, California, a team of scientists uses high-powered binoculars to scan for gray whale cows and their calves.
NOAA FISHERIES 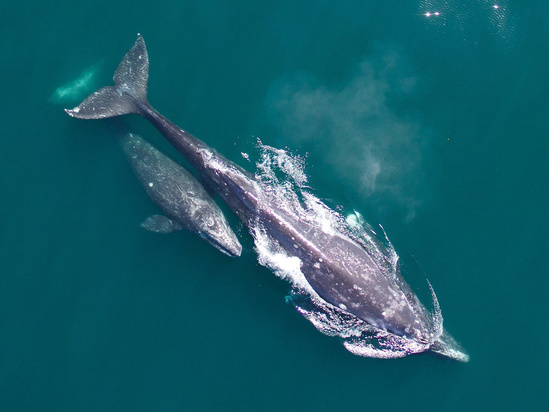