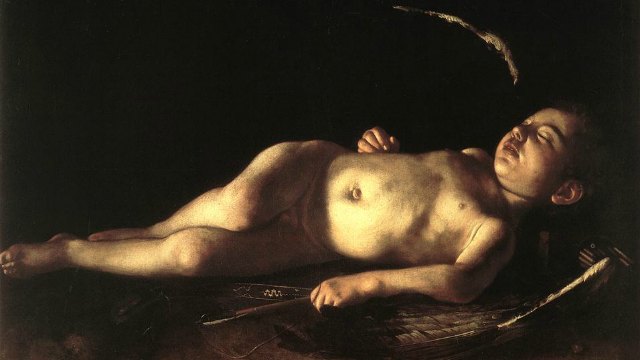 Sleeping CupidWIKIMEDIA, CARAVAGGIOLast year, Marc Patterson, a neurologist at the Mayo Clinic in Rochester, Minnesota, diagnosed Anna Christina Olson, a middle-aged woman from New England, with Charcot-Marie-Tooth disease—a family of progressive disorders that affects the peripheral nerves and often results in problems with balance and the inability to walk. He made his assessment based on Olson’s medical history, which detailed the onset and progression of her peculiar posture and way of moving.

But Olson was not Patterson’s patient. In fact, he never even met her—she died decades earlier.

Instead, she was the subject of the painting Christina’s World, created by American realist painter Andrew Wyeth in 1948. Patterson made his conclusions as part of the annual Historical Clinicopathological Conference at the University of Maryland, where each year a physician receives the clinical history of an unnamed historical figure and then makes and presents a diagnosis in the... 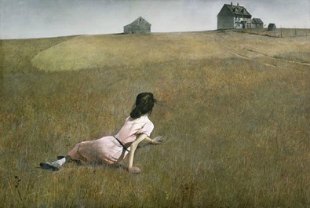 Christina’s WorldWIKPEDIA, ANDREW WYETH“The history itself seemed fairly straightforward as someone with a progressive peripheral neuropathy,” says Patterson. But the provided information also revealed that the patient was the subject of a painting. “Then the question was: what sort of work of art would this relate to?” Patterson says.

“As it happened, Christina’s World has been a favorite of mine for some time,” he tells The Scientist. “I find it a very powerful image, and I just made the connection.”

Patterson’s diagnosis was published in the Journal of Child Neurology this March. In the paper, he and his coauthors discuss why Charcot-Marie-Tooth disease is more likely to be the source of Olson’s symptoms than polio, which historians had previously proposed was the cause. For example, people with Charcot-Marie-Tooth move less well as they age and their disease progresses, whereas people with polio can show improvements in motor function. Though she was not diagnosed during her life, a super computer at Oak Ridge National Laboratory in Tennessee made the same diagnosis as Patterson when considering Olson’s medical history.

Patterson made his diagnosis and then correctly identified the relevant painting, but other physicians begin with art and make diagnoses based on physical features of the works’ subjects. For instance, Davide Lazzeri, a plastic surgeon in Rome, has applied his medical experience to what he calls “presumptive diagnoses” of the subjects of many pieces of art, primarily paintings.

In one such analysis, Lazzeri and colleagues identified a breast mass in Judith with the Head of Holofernes (Book of Judith 13:11), painted by Peter Paul Rubens in 1617. Based on an examination of other Rubens works, and on Rubens’ realistic style, the research team suggested that the model for the painting likely had a benign breast mass, such as a giant fibroadenoma or cyst. 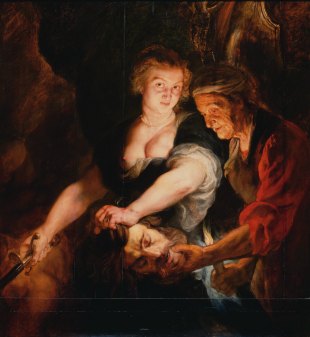 WIKIMEDIA, PETER PAUL RUBENSBut Lazzeri is careful not to overstate their findings. “Most frequently we deal with medico-artistic interpretation, not a definitive diagnostic statement,” he writes in an email to The Scientist.

As a plastic surgeon, Lazzeri examines art in order to study beauty in the past and understand how art influences current ideas of beauty. Whenever he begins an exploration of a work of art, he reflects on the artist’s cultural background, style, and artistic movement, along with the specific interpretation and potential diagnosis.

“Social-cultural factors and artistic conventions” are important considerations, agrees Mary Hunter, an art historian at McGill University in Montreal. “Let’s say there’s an image of a very pale woman,” Hunter says. Pale skin could signify disease, but in the 19th century, “having that pale, perfect skin was, on the one hand, a way in which an artist could show their skill, and on the other, fit into 19th century conventions of an ideal femininity,” she explains.

Other work that highlights the difficulty of retrospective diagnoses comes from Paolo Pozzilli, an endocrinologist at Campus Bio-Medico University of Rome. Pozzilli says that an interest in art is in his genes. His grandfather, who was also a physician, in 1923 published a short book detailing his experience finding a self-portrait of Michelangelo hidden in the flayed skin of Saint Bartholomew painted in The Last Judgment, a fresco in the Sistine Chapel.

“Hypopituitarism­—a disease of the pituitary gland that is associated with lack of growth hormone—was the most common response” from the adult endocrinologists, says Pozzilli. “Whereas the [pediatric endocrinologists diagnosed] rickets—a deficit of vitamin D—by looking at some features of this subject.”

“Even today if you do a blood test on the Sleeping Cupid, you still may have some doubts about the final diagnosis because hypopituitarism can be associated with rickets and therefore it could be a combination of the two,” Pozzilli explains.

Michael Rossi, a medical historian at the University of Chicago, explains that retrospective diagnoses by modern physicians “give us a window onto how diagnosis works today, and there is something very interesting about the idea that one could even diagnose after the fact.” Rossi says that at the time many of these works were created, this kind of retrospective diagnosis likely would not have been possible because physicians would have needed to see the actual patient and hear their medical history. He adds that these investigations could help historians and doctors recognize the evolution of how we see and diagnose disease.

These and other historical questions are the focus of an upcoming book from Philip Mackowiak, the physician who founded the Historical Clinicopathological Conference at the University of Maryland, where Patterson uncovered the secret of Christina’s World. In the book, titled Patients as Art: 40,000 Years of Medical History in Drawings, Paintings, and Sculpture, Mackowiak will explore concepts of health and disease through an examination of more than 200 works of art.

“History is of tremendous value because it teaches humility,” he says. “Art will give you an entirely different perspective, and potentially insight, into the things you’re trying to study. Artists see complexity in simple things, whereas a scientist is trying to work in the other direction: take complex things and make them simple,” he explains. “Somewhere in the interface between the two is true enlightenment.”