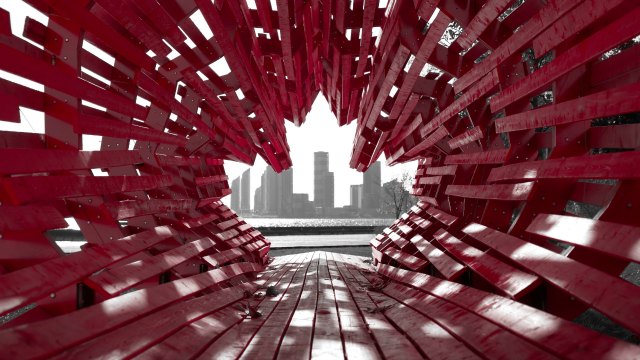 ISTOCK, VDVTUTUnconscious bias can lead to inequitable outcomes in grant-funding competitions, especially when applicants’ leadership potential is explicitly evaluated, a new study preprint published on December 12, 2017, in bioRxiv shows. But unconscious bias training for reviewers can mitigate this effect and lead to a more equitable allocation of funds, the science funding organization found. That may pave the way for strategies and policies to improve equity in science at the highest levels—a stubborn problem in spite of the large number of women and minorities entering science graduate programs.

In 2014, CIHR phased out traditional grant programs and launched two new programs to reduce the administrative burden on investigators and grant reviewers. One, called the Foundation Program, takes a “people, not projects” approach to funding and explicitly evaluates the caliber of the principal investigator (PI). It contrasts with the new Project Program, which is focused on evaluating the proposed research projects. These funding programs together account for approximately three quarters of total CIHR funding, which is $1 billion CAD.

Unconscious bias seems to operate more strongly when evaluating the leadership potential of the applicant.

To see how women fared under these new funding arrangements, researchers conducted an analysis of PIs’ success rates. They found that in the Project program, men and women were funded at equal rates—around 15 percent succeeded in getting an award.

“So the good news is that when we evaluate research proposals based on the science, it doesn’t matter if you are a male or female applicant, you can have an amazing idea and have the same chance of getting funded,” says Cara Tannenbaum, scientific director of the CIHR Institute of Gender and Health and a coauthor of the study.

But in the Foundation scheme, the authors found signs of a gender bias, Tannebaum says. The funding success rate for male applicants was 4 percentage points higher than that for female applicants. Unconscious bias seems to operate more strongly when evaluating the leadership potential of the applicant, Tannenbaum adds.

Even before Tannenbaum’s results were published, she and her colleagues at CIHR were already considering ways to address potential gender disparities under these new funding schemes. One idea was to remove the name of the applicant and do a blind review, but they found that there is something about the language in the way people write their own applications and reference letters that allows gendered stereotypes to emerge, Tannenbaum explains.

So instead, in 2016, they created an unconscious bias training module for peer reviewers. When CIHR ran the 2016-2017 grant competition, all reviewers were required to do this training before reviewing the proposals. And this time, the success rate between male and female applicants equalized in the Foundation program, suggesting that the unconscious-bias training was an effective intervention, Tannenbaum says. The researchers plan to collect data on several more rounds of competition to confirm this preliminary finding.

I congratulate the authors on this elegant study and hope NIH and others take note.—Molly Carnes,
University of Wisconsin-Madison

The results are promising enough that in the meantime, CIHR has made the unconscious-bias training module mandatory training for all peer reviewers in CIHR’s largest open grant competitions. “We’re being really upfront and quite aggressive about it, to be honest with you,” Tannenbaum says. Furthermore, because the initial gender disparities in the Foundation Program seem to occur at Stage 1 (during the assessment of the applicant), CIHR instituted a policy to ensure that the proportion of female applicants in Stage 1 will equal the proportion of female applicants moving to Stage 2 (the assessment of the science), the CIHR policy team writes in an email to The Scientist.

Molly Carnes of the University of Wisconsin-Madison who has extensively researched implicit bias in science notes similarities between Canada’s Foundation Program and the NIH Director’s Pioneer Award—a program focused on evaluating a scientist’s leadership potential. In its first year, 2004, no women were among its nine awardees, and in 2017, just one woman (among 11 men) was an awardee.

“I congratulate the authors on this elegant study and hope NIH and others take note,” Carnes writes in an email to The Scientist. “There are several programs at NIH that focus on the investigator—it will be important to follow the gender distributions of the awardees.”

In recent years, Canada has launched a number of initatives to retain women in STEM, many spearheaded by Canadian Science Minister Kirsty Duncan, who decided to make the issue a priority for Canadian science when she was appointed in November 2015.

You have to make [bias] explicit. You’ve got to draw attention to it for people to learn to see it.—Vianne Timmons,
University of Regina

Since her tenure began, she has asked universities to set and meet specific, transparent equity targets for hiring women, racialized groups, people with disabilities, and aboriginal peoples as researchers at Canadian universities—or risk losing funding for a prestigious tri-agency program called the Canada Research Chairs. The three Canadian science funding agencies involved are CIHR, the Natural Sciences and Engineering Research Council (NSERC), and the Social Sciences and Humanities Research Council (SSHRC). Through the Canada Research Chairs program, universities can apply for support to hire exceptional faculty, but now, continued support to the universities is contingent on their ability to meet their equity goals in the applicants recruited and nominated for these chairs.

“The minister really pushed universities to step up and deal with [bias]. I give her a lot of credit for it,” says Vianne Timmons, president of the University of Regina in Saskatchewan and co-chair of the tri-agency Advisory Committee on Equity, Diversity, and Inclusion Policy. “It is something I’m glad we are tackling,” Timmons adds. “I think we’re at a turning point in society.”

Through Universities Canada, Canadian university presidents collectively participated in unconscious-bias training in spring 2017, Timmons explains. The experience was so valuable to her that she brought a facilitator to the University of Regina to train her senior leadership team as well. “You have to make [bias] explicit,” she says. “You’ve got to draw attention to it for people to learn to see it.”

Senior leadership in the Canadian federal government also has showed a commitment to pursuing gender equity by hosting the Gender Summit in Montreal in November 2017. The summit brought together advocates of gender equity across the country to outline actionable, concrete steps to eliminate disparities. “There have been a few institutions or groups that have been working on advocacy for a long time,” says Imogen Coe, Dean of the Faculty of Science at Ryerson University in Toronto who attended the summit. “But this was a national stage and an expression by the federal funding leaders showing their commitment to this issue.”

Update (March 9): The article includes additional data on the NIH Director’s Pioneer Award and a comment from the NIH press office.