A week after the European Commission announced the names of scientists who will make up the European Research Council's (ERC) Scientific Council, senior researchers contacted by have expressed concern that European Union budget cuts may result in the council being a less credible funding body than they hoped.

The ERC is envisaged as a source of much-needed funding for fundamental research at an EU level. The goal has been for it to support research purely on the basis of excellence. But the future of EU science funding is in doubt at the moment, following the collapse of negotiations over the region's overall budget. Scientists are concerned that the squeeze may have a detrimental effect on the ERC.

Frédéric Sgard, vice-president of Euroscience, noted that even under the European Commission's current proposals, funds for curiosity-driven research-including the ERC-only amount to about 20% of that allotted to program-driven research. "This is a minimum in our view as we would suggest reaching a 30% target," he told The Scientist. "If a reduction in the overall budget of the Seventh Framework Research Programme was to happen, it should not be allowed to affect this minimal 20% fund for basic research. Less would greatly affect the credibility of the ERC."

Julio Celis, secretary general of the Federation of European Biochemical Societies, said that it was "difficult to assess at the moment what the effect of an overall budget cut" would be on the ERC. "No doubt the European Commission has many alternative plans to deal with budget changes," he told The Scientist.

Octavi Quintana-Tr¡as, head of Health at the European Commission's Directorate-General for Research, said, "We don't have a plan B." However, he acknowledged that heavy budget reductions might make it necessary to restrict the fields of research that the ERC funds.

"It may be necessary to limit the application pressure if substantial cuts were eventually imposed," Quintana-Tr¡as told The Scientist. "If there is no filter on the number of scientific topics to apply for, not only will the degree of success be low, but it also may be difficult to find the right expert for highly unusual topics, leading to a highly complex process and greater expense."

Other possible ways to ensure higher success rates for funding applications and lower expenses, Quintana-Tr¡as noted, would be to use funds for collaborative research projects, gathering teams from several European countries, and to call for proposals from time to time rather than annually.

Sgard added that setting selection criteria for ERC funds "should remain the decision of the Scientific Council, not that of the European Commission or any other policy body. These criteria will probably have to evolve over time and only this panel can decide which type of research should be best funded to maximize its impact on European scientific excellence."

But Tim Hunt, Nobel laureate from Cancer Research UK, said he was "not too worried if the amount of money is limited to start with," which would allow schemes to grow organically. "I would worry," he said, "if a huge amount of money were thrown at yet-another-awful-European-Union-scheme that failed to meet the community's need."

Hunt, who recently wrote a letter to the Financial Times to lobby for the ERC on behalf of the Initiative for Science in Europe, is confident about the willingness of the European Commission to make the ERC work. "I find a lot of skepticism that Brussels can do anything right, but really tremendously widespread support for some version of the overall idea," he told The Scientist. 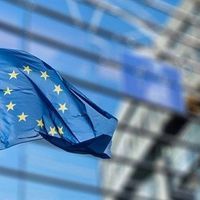