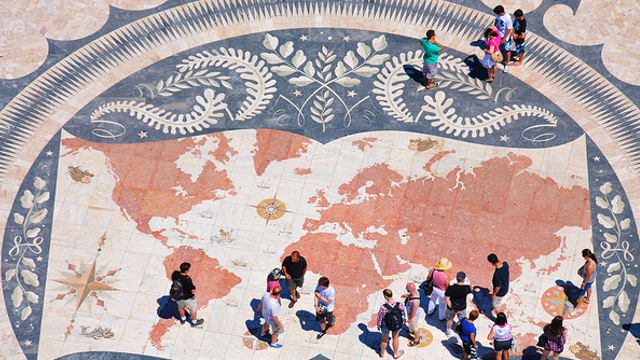 FLICKR, GLYN LOWEIn November 2013, when the US Food and Drug Administration (FDA) ordered 23andMe to stop marketing its health-based direct-to-consumer (DTC) genetic testing services, the firm’s marketing ceased, but its aim to provide people with their genetic information didn’t. Now, it’s all about ancestry. The genealogy service that was once considered an add-on to 23andMe’s health-centric genotyping suite has taken center stage, driven in large part by gleaming ads depicting customers who’ve located relatives.

The firm’s two largest competitors in the DTC DNA ancestry testing space, Ancestry.com and Family Tree DNA, have also ramped up their advertising efforts in the last year. And consumers are responding: according to all three firms, business has been growing at a steady pace.

“There’s tremendous interest in ancestry testing,” said Jennifer Wagner, a Pennsylvania-based lawyer. “What we’re seeing right now is more people knowing that these products are out there. Genetic...

Each of the companies markets a variety of services, which are based on proprietary analyses and start at $99. Compared with health-based genetic testing, consumers are generally less wary of privacy risks associated with swabbing their cheeks to find cousins, explained Wagner. And this willingness to dive into DNA ancestry testing has been a boon for the field of genealogy.

Several firms have been marketing mitochondrial DNA (mtDNA) and Y chromosome-based ancestry testing for the last decade, but these tests tended to appeal only to hardcore genealogy enthusiasts. In 2009, the introduction of autosomal DNA screens and DNA-matching services to the mass market spiked new interest in the genetics of ancestry, said CeCe Moore, a genetic genealogist who has consulted for all three of the firms mentioned here, as well as for the popular PBS show “Finding Your Roots,” hosted by Henry Louis Gates, Jr. As part of the program, Gates interviews famous people who send cheek swabs and spit to each of the three major DTC DNA ancestry testing firms, then walks them through their results.

“Because of the power of autosomal DNA, we’ve had a lot of success stories . . . that have made it really apparent to people that a lot of their long-held family mysteries could be solved,” said Moore. “People are starting to come out of the woodwork. It’s not just genealogists anymore.”

“Much of our traditions are [rooted in] oral history, so [those] looking to connect back to their heritage don’t always have the paper trail to do that,” said 23andMe spokesperson Catherine Afarian. “Genetics can offer a way to help people keep that together.”

Aside from selling their services, companies offering DTC DNA ancestry testing are also working to educate the public about genetic genealogy, which is no small feat, experts agreed.

“We have a generally low genetic literacy rate in the U.S. and elsewhere. It really is a struggle for these companies to take on the burden of educating consumers—they’re not just trying to sell their products . . . they have to educate individuals to know, what does this [type of testing] say, what does it not say, and all of the various nuances sometimes get lost,” said Wagner. “If someone misunderstands what a test means or is unhappy with the service, oftentimes it’s the result of not understanding what they’re buying.”

Bennett Greenspan, president and CEO of Family Tree DNA, a subsidiary of Gene by Gene, said educating customers is his firm’s single largest challenge. “The barrier is making sure [the results] are well understood outside the genealogy world,” he said. “We’re really in the education business.”

And as geneticists studying traits such as height, eye color, longevity, and intelligence can attest, inheritance is not always straightforward.

To help fill in this knowledge gap, groups including the International Society of Genetic Genealogy (ISOGG) have ramped up public outreach efforts. The ISOGG currently offers what it calls “DNA for Newbies,” an educational resource that outlines what consumers can learn about their mtDNA and Y-DNA versus autosomal DNA. The society also hosts a Yahoo! Groups forum, active since 2005, in which users convene to discuss, among other things, their DTC DNA ancestry testing results.

Beyond just understanding what the results mean, consumers also have to prepare themselves for what might be emotional—even upsetting—revelations. As “Finding Your Roots” has demonstrated, genetic genealogy has surprised people who were once thought they were sure of their heritage. Greenspan said that’s a risk people must be willing to take if they want to dive into their DNA. “If you don’t want to know the answer to [a] question, you shouldn’t ask it.”

Still, people are eager to learn more about their genetic ancestry and the consumer genetic genealogy community is growing—23andMe, Ancestry.com, and Family Tree DNA have each genotyped more than 600,000 customers to date. And the more people who take part, the more robust each database becomes. When working with clients who are looking for family members, Moore often suggests they test with all three firms to enhance their chances of finding a match. “Any of the companies will tell you something you don’t already know,” she said. “There’s always something that surprises people.”

Genetic genealogy is “something that everybody can play with,” said Catherine Ball, vice president of genomics and bioinformatics at Ancestry.com. “This is a really new field and the more people who participate, the more people benefit. . . . As the network grows, everybody’s experience grows.”

“The market seems to be increasing and we’re moving post-genealogy,” said Greenspan. Eventually, he added, “everybody is going to buy a DNA test because it’s a one-time investment in you.”