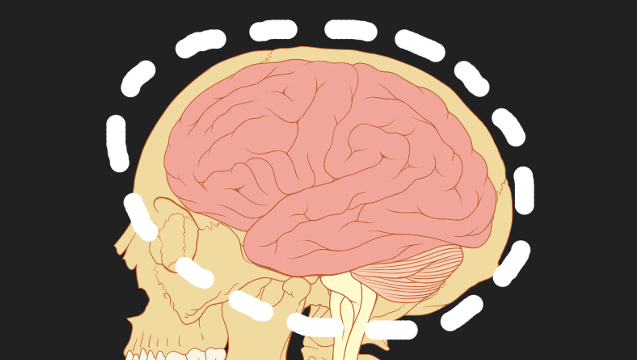 FLICKR, J E THERIOTCompanies hawking brain-training games have enjoyed massive success in recent years. Joe Hardy, the vice president of research and development at Lumosity—one of the most well-known of these companies—told The Scientist in an e-mail that his firm has more than 50 million users. These ventures bank on consumers’ expectations of cognitive benefits from brain training, but the scientific evidence to date suggests that the games do little beyond make people better at the specific tasks involved in game-play.

“Psychologists have been trying to come up with ways to increase intelligence for a very long time,” said D. Zachary Hambrick, a professor of psychology at Michigan State University. “We’ve been interested in increasing intelligence for almost as long as we’ve studied intelligence, which is over a century.”

In 2008, scientists at the University of Michigan and the University of Bern in Switzerland published a paper in PNAS that concluded training for just 10 hours on a working memory task known as the adaptive dual n-back task, which appears in some forms in commercial brain-training software, could improve some measures of fluid intelligence—that which is behind the ability to solve problems. The researchers uncovered something unusual: evidence for far transfer—performance on a reasoning task improved after practicing a working-memory task. While near transfer—training on a task that leads to improvements in identical or similar tasks—is fairly common, far transfer had been observed only rarely.

The researchers also described a dosage effect of training on the dual n-back task. “The longer you train, the bigger the impact is,” said coauthor Martin Buschkuehl, who is now the director of education research at MIND Research Institute, a nonprofit organization in Irvine, California that has created game-based mathematics software available in elementary schools across the U.S.

When Engle’s group tried to repeat the findings of the 2008 PNAS paper, “we totally failed to replicate the . . . study,” he said. For the paper that resulted from their efforts, which was published in 2012 in Journal of Experimental Psychology, the researchers taught the same working memory tasks, in which participants were presented with stimuli one right after the other and are asked to recall which occurred a certain number of times previously, to one group of young adults; an adaptive visual search task to a second group; and no task to a control group. The researchers assessed the participants at the beginning, middle, and end of the training programs for measures of cognitive function, including fluid intelligence and multitasking. The groups that practiced the n-back and the visual search tasks improved their performance on those tasks specifically, but the team found no positive transfer to the other cognitive abilities they tested.

“If it’s too good to be true, it probably isn’t true,” said Engle. He suggested that the 2008 study and others like it that have shown the benefit of training tasks may have lacked appropriate controls, which his group corrected for by using the visual search task group. The dual n-back task also does not relate well to real-world cognition, he said. Engle said he has extensively used other types of tasks that better predict real-world cognition. When his team tested the far transfer of these complex working memory span tasks for a paper published in Psychological Science in 2013, the researchers found that even improvements on the performance of the complex span tasks did not transfer to increases in measures of fluid intelligence.

Other groups have also encountered problems replicating the results of the 2008 study. Work published in 2012 in Intelligence suggested that working memory training did not improve intelligence in young adults. The participants in this study improved their performance on the training task, but the researchers found no improvements in the subjects’ fluid intelligence or working memory capacity.

“Data obtained so far doesn’t seem to show that working memory capacity was expanded after working memory training,” coauthor Weng-Tink Chooi, who is now a researcher at the Advanced Medical and Dental Institute of the Universiti Sains Malaysia, wrote in an e-mail to The Scientist. “What is more consistently observed is that improvements are noted on the trained task and other tasks that share the same specific skills/processes engaged as the trained task.”

“We take this non-replication very seriously,” said Buschkuehl. “What we now need to do is find out why some studies worked and some did not.” This month, Buschkuehl and his colleagues published a paper in Memory & Cognition, suggesting a role for intrinsic motivation and individual differences in outcomes of cognitive training. “I think it is worth going forward with cognitive training even though there are some studies that did not find an effect,” he said.

“I am not totally negative about the potential for brain training,” said David Meyer, a psychologist and cognitive scientist who directs the University of Michigan’s Brain, Cognition, and Action Laboratory. But he added that there are certainly vast individual differences in the effectiveness of brain training and highlighted the dearth of sound evidence for far transfer. “What the brain-training games do is help you to get better at particular, relatively limited kinds of tasks that in effect are exercised by the game,” Meyer said. “The implication on the part of the companies is that somehow you’re going to get better at everything that is mental, and there is no evidence to show that.”

“Research has not been able to capture significant and actual benefits that the participants and brain-training software creators are claiming,” agreed Chooi.

Meyer is optimistic that questions about the effectiveness of brain-training games can be answered empirically, but “we’re going to need an enormous amount more research than has been invested so far,” he said.

Clarification (April 22): This article has been updated to clarify that Lumosity has 50 million users. An earlier version said 50 million subscribers.