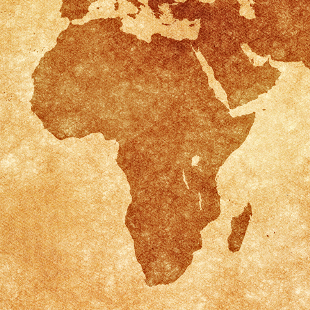 FLICKR, NICOLAS RAYMONDThe Ebola outbreak in Sierra Leone, Guinea, and Liberia has laid bare the dearth of basic research funding for scientists in many African countries, which cannot afford the high-cost of building laboratories and purchasing equipment needed to study such diseases.

Since 2010, the National Institutes of Health (NIH) has provided $300 million in grants to researchers in just 17 of 54 African countries, for example, with around $200 million going to South Africa alone, according to the NIH RePort funding database.

Some donors and scientists predict the heightened awareness may result in expanded funding on not just Ebola, but also diverse neglected diseases in Africa. “Ebola has brought in very sharp relief the extent of our ignorance in Africa and the Western world” about emerging infectious diseases, said Steve Kayizzi-Mugerwa, director of development research at the African Development Bank, which collects contributions from African governments and...

So far, however, there have been no signs that funding for African research in general will surge, and some worry that increased funding for Ebola in the midst of the epidemic will actually draw funds away from other research programs.

Since August, the UK government has pledged around £200 million ($318 million), including £3 million ($4.8 million) for research into how Ebola spreads. In the U.S., the government has committed $350 million in aid and research. The National Institute of Allergy and Infectious Diseases (NIAID), for example, spent $42.5 million on Ebola vaccines and treatment research in fiscal year 2013, which ended October 31, James Meegan, director of global research at the agency, told The Scientist. Meegan adds that the agency has proposed spending $44 million in fiscal 2014, though that may increase as NIAID finances further research on Ebola vaccines. And in addition to shifting funds, NIAID is tasking virologists from Africa to set aside research on other haemorrhagic disease research programs to work on Ebola, according to Meegan.

While the funding is welcomed by the scientific community, Julien Potet, policy advisor for the UK office of Doctors Without Borders, wonders what it will mean for other areas of research. Funding is already stretched to research neglected diseases like African trypanosomiasis, or sleeping sickness, malaria, and filarial diseases such as elephantiasis, he said; treatments for Ebola and other new diseases should be “additional.”  “We have to take a look and make sure it’s not being taken from funding that is already pledged for some other research,” Potet told The Scientist.

It is too early to know whether new concern over Ebola will cut into research on other diseases, but it likely will do so, said Ambrose Talisuna, senior research fellow at the Kemri-Wellcome Trust Research Programme in Kenya and head of malaria drug resistance surveillance for East Africa. The Gates Foundation, however, continues its commitment to eradicating malaria, having announced earlier this month that it will pledge another $500 million towards the disease.

Not all funding for Ebola and other diseases that affect the African population is going to researchers on the continent, said Erica Ollmann Saphire, an investigator at the La Jolla-based Scripps Research Institute on two NIH-funded haemorrhagic research grants. Ollmann Saphire works with teams of researchers on two hemorrhagic disease investigations, and just a handful are on the African continent, for example. And the lionshare of funds that the Gates Foundation devotes to research into malaria are spent in developed countries outside Africa where drug development systems are already in place.

“Most of the African researchers are mainly focusing on getting resources, publishing their papers in collaboration, but are not in the position to lead the research that will solve the continent’s problems,” said Solomon Nwaka, acting executive director of the African Network for Drugs and Diagnostics Innovation, an international organization conceived by the World Health Organization and launched with seed money from the European Union. “The problem is resources. There is no Pan-African research funding agency.”

In August 2014, the U.K.’s Department of International Development and the Wellcome Foundation unveiled a £40 million ($64 million) five-year research project called the Developing Excellence in Leadership, Training and Science Initiative for African Scientists (DELTAS). The program is intended to fund training for junior scientists in Africa and to help support senior researchers across all areas of health research, said Val Snewin, Wellcome’s international activities manager. Infectious diseases have declined in significance to many researchers in mid-income African countries, as concern has grown over diseases of the West such as diabetes, heart disease, and hypertension, said Snewin. DELTAS may fund some of these areas, she said.

The funding for DELTAS program was already in the pipeline when the Ebola outbreak came about, however, so whether the continent will see more general research funding initiatives like this in the wake of the epidemic remains to be seen. For now, the research community welcomes the funding dedicated to Ebola, which until this point has been limited, Talisuna said, but broader funding initiatives are also needed. Timely responses to these diseases require “top quality scientists and top-quality infrastructure,” he said. “[Donors and governments] should fund these institutions; not just for research but to train quality scientists in Africa.”