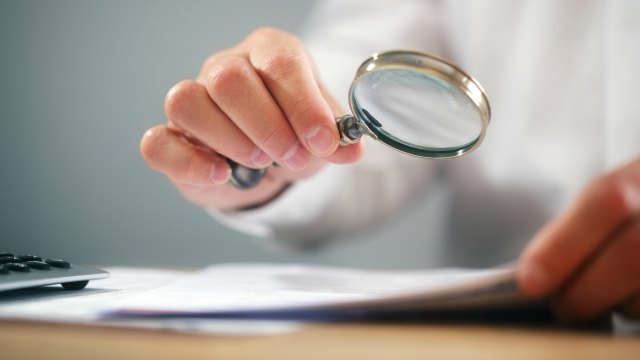 ISTOCK, BRIANAJACKSONIn June, Nature Plants published a manuscript by Patrice Dunoyer, a plant biologist at the French National Centre for Scientific Research (CNRS) in France who was previously found guilty of scientific misconduct. The paper, which describes a strategy used by viruses to suppress a host plant’s defences, was published along with an editorial describing Dunoyer’s previous retractions and stating that since subsequent disciplinary action was taken, this author’s paper was treated like any other submission.

Dunoyer was part of a troubled plant biology group led by Olivier Voinnet, a high-profile scientist known for his work on RNA inference in plants. That team, which was based at the CNRS, had eight papers retracted from several journals, including Science, The EMBO Journal, and Plant Cell, and more than 20 corrected due to image duplications and manipulations.

After investigations by the CNRS and the Swiss...

“I would say that the only responsibility of the journal is to scrutinize manuscripts. To deal with the scientists themselves—that’s the realm of the institutions, the laboratories, the funding agencies, the governments, all of those pieces of the puzzle.”—Charon Pierson,
Committee on Publication Ethics

In the past, some journals have imposed temporary bans on researchers who have committed scientific misconduct. For example, in 2011, the American Society for Microbiology banned a researcher from publishing in its journals for two years after one of his papers was retracted from the Journal of Clinical Microbiology for plagiarism.

In the situation with Dunoyer’s recent paper, Nature Plants decided not to not take any unusual steps when it was submitted, according to Chris Surridge, the journal’s chief editor. It went through two rounds of review with four peer reviewers. In addition, the raw data the authors used to create the paper’s figures were published along with the final version of the manuscript, as would be the case for any other paper.

“We treat these studies as we would any other. Decisions about publication of research are made on the basis of the research submitted and the peer reviews of that research,” Surridge writes in an email to The Scientist. “It is not our role to investigate scientific misconduct or determine appropriate sanctions . . . Our role is to ensure that the studies that are submitted to us and which are ultimately published are as accurate and reliable as possible irrespective of who the authors are.”

Dunoyer did not respond to a request for comment.

In order to weed out fraudulent images, some journals conduct routine pre-publication checks. For example, Surridge says that the art editors at Nature Plants employ a variety of techniques to try to detect inappropriate alterations to figures.

According to Bernd Pulverer, chief editor of the The EMBO Journal, his publication also scans each manuscript for image manipulation. Both journals will contact the authors’ institutions if any signs of misconduct are uncovered. “There’s a whole step of quality control in addition to the peer review,” Pulverer says. “[But] we are not claiming that we detect all the problems—we are, at best, at the tip of the iceberg.”

Pulverer adds that in cases like that of Dunoyer and Voinnet, where misconduct was identified and sanctions were placed, “I would see no fundamental reason to not consider a submission on the merit of the science that’s been submitted, although we would be extra careful with the manuscript.” What that would mean in practice, he adds, is that the authors would be required to submit their raw data and the paper would receive additional scrutiny during the routine pre-publication screen.

“I don’t think that journals can just step aside and say, ‘It’s not our job to police [researchers].’ I would hope they’d see it as a shared responsibility,” says Lauran Qualkenbush, the director of the Office for Research Integrity at Northwestern University. “[But] . . . if someone committed research misconduct and it’s public and they’ve taken responsibility for their actions, I do think they should be treated the same as everyone else.”

Charon Pierson, the secretary and interim treasurer of the Committee on Publication Ethics (COPE), says that COPE does not agree with the practice of journals placing temporary bans on authors who had committed misconduct. “I would say that the only responsibility of the journal is to scrutinize manuscripts,” she adds. “To deal with the scientists themselves—that’s the realm of the institutions, the laboratories, the funding agencies, the governments, all of those pieces of the puzzle.”

However, Pierson notes, there is an “inherent conflict of interest” when institutions are tasked with the job of deciding whether a researcher should be allowed to conduct science. “I think institutions have perhaps been a little slow to respond in some cases,” she adds.

As the number of retractions due to misconduct continues to rise, some journals, such as Molecular and Cellular Biology have taken the initiative in recent years to retrospectively identify duplicated or otherwise problematic images and publish retractions and corrections as necessary. “We as journals find problems, we get alerted to problems, and we act on problems to correct the scientific record—that’s our primary role,” Pulverer says. “Our role [as journals] is not to sanction people.”