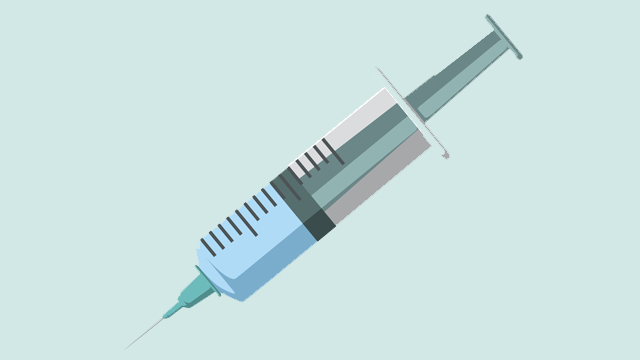 ISTOCK, SAEMILEEThe flu is dominating the U.S. It is now widespread in 49 states and Puerto Rico and has sickened thousands since October, the Centers for Disease Control and Prevention reports. Tens of thousands die each year as a result of the flu.

“We need to make the universal flu vaccine a higher priority than it has been,” Anthony Fauci, director of the National Institute of Allergy and Infectious Diseases (NIAID), tells The Scientist.

Researchers have long sought a flu vaccine that would protect individuals season after season with just a single inoculation, similar to the measles or chickenpox vaccines. But unlike the measles or chickenpox virus, which are both fairly stable in genetic structure, the influenza virus has many rapidly mutating strains. And because the strains mutate so quickly, making them unrecognizable to the body’s immune system, a new flu vaccine has to be developed... 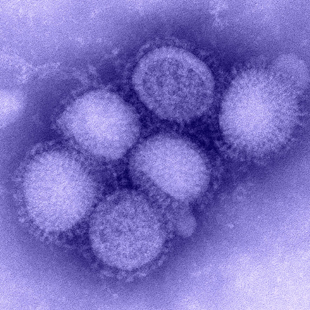 Targeting the head and stalk of influenza

The influenza virus looks like a ball with mushrooms growing out of it. The mushrooms are surface proteins: hemagglutinin and neuraminidase. Hemagglutinin helps the virus bind to host cells to infect them, while neuraminidase assists in the spread of the virus once it has replicated in a host cell.

To create a more effective flu vaccine, hemagglutinin has been a prime target. If a vaccine can prevent hemagglutinin from attaching to and infecting host cells, that could stop the virus in its tracks, says Ted Ross, a microbiologist at the University of Georgia in Athens. But that’s proving to be pretty challenging because the mushroom head of hemagglutinin mutates rapidly, so antibodies against one type of head won’t work against a mutant version.

Knowing this, Ross and colleagues have developed a way to computationally combine past genetic sequences of the heads of hemagglutinin of a particular strain of the flu. When the researchers generated this mixed hemagglutinin-head molecule for the H1N1 flu strain and used it to develop a vaccine to inoculate mice, it protected the animals against versions of that strain that they had never been exposed to before. In December 2017, the team reported similar findings for H3N2, a strain that is responsible for this year’s particularly nasty flu season. Ross says a vaccine made with this computational approach, and developed by the vaccine company Sanofi Pasteur, could enter clinical trials in 2019.

Scientists are also interested in the stalk of hemagglutinin, which is important for allowing the virus to release its genome into a host cell. “That’s what starts the infection,” says Florian Krammer, a microbiologist at the Icahn School of Medicine at Mt. Sinai in New York City. To infect the cell, the stalk of the hemagglutinin mushroom becomes completely rearranged from its normal state. “It’s a machine,” Krammer explains. “It doesn’t tolerate mutations well. If you introduce mutations, you destroy the machine, so the virus doesn’t like to change it.”

Because the stalk doesn’t like change, it is a good part of the virus to target when making a vaccine. The immune system, however, doesn’t seem to be very responsive to this part of the protein. Krammer and colleagues have developed a hemagglutinin molecule with a head from various strains of flu that do not circulate in humans and a stalk from a strain such as H1N1. Introducing the vaccine with a conserved stalk but different heads boosts the antibodies developed in ferrets against the stalk, the researchers reported in September 2017 in npj Vaccines.

Other teams are testing headless stalks made by anchoring the stalk to a ferritin protein nanoparticle or by creating genetic mutations at the top, as potential vaccines too. Some of these techniques are moving into clinical trials now, Fauci says.

He notes that neuraminidase has been the “forgotten step child” of research into a more effective flu vaccine, but scientists are also starting to have success developing antibodies that target it.

Another shot at the immune system

Generating antibodies against hemagglutinin and neuraminidase may not be the only way to make a better flu vaccine. Another approach is to make the virus more visible to the immune system by targeting the body’s interferon system. Type I interferon proteins from cells such as leukocytes and fibroblasts are some of the first to respond when a cell has been infected with a virus. The flu virus, however, is stealthy, having developed its own defenses to avoid detection by these proteins that monitor the body for foreign invaders.

In a study published January 19 in Science, University of California, Los Angeles, virologist Ren Sun and colleagues identified eight genetic mutations that make the flu virus sensitive to a host cell’s interferons. They then combined the mutant strains into a single virus, creating a live, weakened version of the flu—an attenuated vaccine—that could spur an immune system response but not replicate. Mice that received the vaccine survived a normally lethal dose of different strains of the flu, while most of the mice that were not inoculated died. This approach could make the flu vaccine more effective, Sun tells The Scientist.

“This is really a tour-de-force paper,” says T-cell biologist John Teijaro of the Scripps Research Institute in La Jolla, California. “The team was able to mutate this virus for interferon sensitivity without changing the immune response, which is a challenge.”

The approach could be a step toward a better flu vaccine because it is safe and has been shown to provide protection against several strains of flu. More strains should be tested with this approach in other animal models, Teijaro says, adding that this technique could be combined with those focused on developing antibodies against the head and stalk of the virus’s surface proteins to create a more comprehensive flu vaccine. 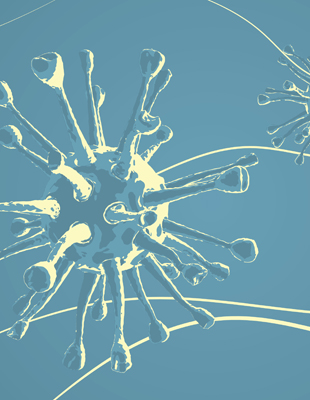 Fauci says one essential piece of information scientists need to build a universal flu vaccine is to understand how serial exposure to the virus and vaccination affects the immune system. “People are exposed to influenza through their entire lives,” he says. Each time a person gets the flu, it can influence how they will respond to future infections. For instance, individuals born prior to 1918—the year of the deadly “Spanish” flu pandemic caused by a strain of H1N1—responded better to a subsequent infection with the virus than those born later and without prior exposure. The same is true for individuals born before or after other brutal flu seasons, such 1957, 1968, and 2009.

“This is what we call immunological imprinting. It’s controversial, but we need to know what the influence is to create a broadly effective flu vaccine,” Fauci says.

Researchers are now incorporating the idea into their experiments. For example, Krammer and colleagues mimicked human adults’ pre-existing immunity to the flu in ferrets by priming the animals’ immune systems with one form of the virus before testing a new vaccine. The primer and vaccine together seemed better able to ward off infection than no prior influenza exposure.

Understanding the effect of pre-existing immunity on virus evolution is also important, given that vaccination itself could influence how flu strains evolve, Fauci and colleagues note in a paper published last summer in Immunity. The paper describes a path toward making a universal flu vaccine. “I see this work falling into three buckets,” Fauci says. “There’s the bucket on antibody development, the bucket on boosting the immune response to flu, and finally the bucket on prior exposure and how that affects the immune system,” he says.