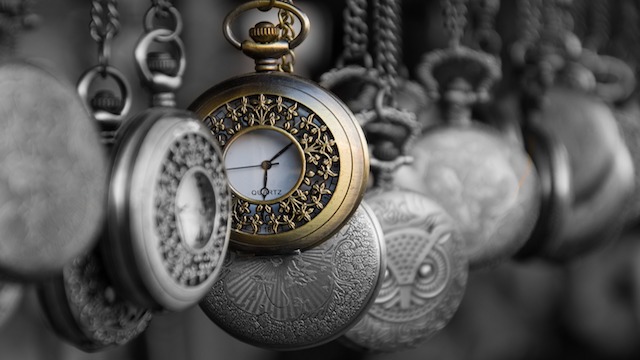 Age as a state of mind is not just the stuff of birthday card clichés. In recent years, scientists have plumbed the molecular depths of the body and surfaced with tell-tale biomarkers of aging, some of which extend to the brain. Now, researchers are harnessing another tool, neuroimaging, to measure the organ’s age, and using that to predict how long a person will live.

“People are searching for the tree rings of humans,” James Cole, a research associate at Imperial College London, told The Scientist.

Cole and his colleagues recently devised their own technique of predicting the biological age of people’s brains using a combination of machine learning and magnetic resonance imaging (MRI) scans. In a study published last month (April 25) in Molecular Psychiatry, the team reported that this technique was able to predict mortality in humans—people with “older” brains, they found, had greater risk of dying before age...

To create this marker of brain aging, the researchers first trained a machine-learning algorithm to analyze structural brain scans from a healthy reference sample containing 2,001 individuals between 18 and 90 years old. Then, they used this tool to predict brain age in the Lothian Birth Cohort, a group of 669 adults, all born in 1936.

Based on the algorithm’s assessment, individuals who had brains that were “older” than their actual, chronological age also tended to have an increased risk of dying sooner and lower performance on various fitness measures, such as lung function, walking speed, and fluid intelligence.

Cole’s team then compared measures of brain age to epigenetic measures of aging from blood. This so-called epigenetic clock, which examines DNA methylation patterns to determine the age of various human tissues, was developed in 2013 by Steve Horvath, a geneticist and biostatistician at the University of California, Los Angeles. In a follow-up study in 2015, Horvath and colleagues discovered that people’s epigenetic age, determined by DNA methylation in blood, predicted their risk of mortality.

Interestingly, Cole did not find an association between his brain-age predictor and the epigenetic clock. However, combining the two measures actually improved their ability to predict how long people would live.

“It indicates that it's possible that you have what people refer to as the ‘mosaic of aging,’ whereby some tissues, some cells, some organs can undergo age-associated changes more rapidly, or at a different time, than others,” said Cole. “Although having an older brain doesn't necessarily mean you're going to have older epigenetic signatures in your blood, if you've got both, that's worse for you.”

There is some evidence that the brain may age at a different pace than the rest of the body. For example, Horvath and colleagues, by assessing the epigenetic age of various tissues from a supercentenarian (a woman who lived for 112 years), found that her brain appeared younger than other parts of the body. It’s possible that people’s brains might age more slowly than their blood, Horvath told The Scientist. The other possibility, he added, is that because these are different parts of the body, they get exposed to different stressors, such as infections, that may lead to accelerated aging. However, he cautioned that, since this was only one data set, more rigorous study is needed to confirm these hypotheses.

In another recent study published last month (April 6) in the Journal of Neuroscience, a group led by researchers at Yale University found that a different measure of the brain, white matter integrity, did indeed correlate with epigenetic age measured from blood.

In this experiment, researchers analyzed data collected from 628 individuals from Mexican-American families between 23 and 93 years old. Increasing epigenetic age, they found, was associated with a decrease in white matter integrity.

“The effect size that we see is modest, so it’s only one piece of the puzzle,” said Karen Hodgson, a postdoctoral researcher at King’s College London who conducted the study while at Yale University. “I think if you look at the two studies together, [Cole’s and ours], you can see that increasingly, we're tapping into these different biological measures of aging and there's a lot more work to do in terms of understanding how they interact.”

“Both papers combine measures from different fields . . . and I think that's a very good approach to be even more accurate in predicting mortality, neurodegenerative diseases such as Alzheimer's, or cognitive decline in the elderly,” Katja Franke, a postdoctoral researcher at the University Hospital of Jena who was not involved in either study, told The Scientist. However, she added, “I think it should be stated very clearly that these biomarkers are not specific for mortality or any diseases—it’s just a way to measure how your DNA and your lifestyle is forming your biological age or brain age. Aging is very individual.”

“I think these are both exciting pieces of work,” said Dan Belsky, a professor of medicine at Duke University who was not involved in Cole’s or Hodgson’s projects on brain age. “They are most exciting to me in the further illustration of connections between aging across systems in the body.”

While the biomarkers of aging might be of limited use in the clinic, at least for now, scientists see these as useful tools for studying anti-aging therapeutics. There are a number of candidate inventions to slow aging, said Brian Kennedy, a professor at the Buck Institute for Research on Aging in San Francisco. “We need ways to measure whether these interventions are working, and having biomarkers is critical for that.”

Some researchers, including Horvath, are working on developing epigenetic clocks of animal aging to use in preclinical studies. Last month, researchers at the European Molecular Biology Laboratory’s European Bioinformatics Institute published a multi-tissue epigenetic clock for mice, which included the brain.

These tools may ultimately also help scientists comprehend the process of aging itself. “If you can see both who's at risk of aging or dying sooner, but also, if you know who has aged badly, you can figure out what's different about them that caused that,” Cole said.