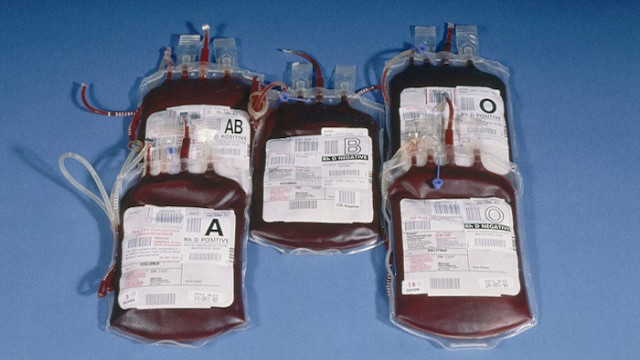 After cases of mosquito-borne Zika virus infection were first announced in Florida last summer, the US Food and Drug Administration (FDA) required that certain blood donation centers implement screening for the virus. Health officials were concerned that patients might catch the virus through blood transfusions, as there had been reports from Brazil of such incidents.

At first, the agency only required blood donation centers in areas with active mosquito-borne Zika transmissions to test samples for signs of the virus. In August 2016, the FDA extended that guidance to include the rest of the U.S.; by December, all US blood centers had implemented Zika testing. Given how recently Zika had spread through the Americas, this meant a rapid deployment of relatively new testing processes that are time-intensive, expensive, and perhaps—as some have proposed—not necessary in all cases.

US blood centers currently use one of...

Both companies responded rapidly to the indication the Zika was a blood safety threat, said Michael Busch, codirector of the Blood Systems Research Institute. “It was within a matter of two to three months that both companies had developed tests,” he told The Scientist. “The reason they were able to do it so quickly is because they already have tests for West Nile. . . so they were able to adapt their existing assays.”

According to Louis Katz, the chief medical offer of America’s Blood Centers, current estimates—last updated around a month ago—show that roughly 27 percent of Zika virus tests that turn up positive appear to be true positives. To date, he said, approximately 4.37 million US blood donations have been screened for signs of Zika virus, and of the 152 that yielded a positive result for Zika, 41 were confirmed by follow-up tests. These values suggest that “sensitivity and specificity are very high,” Katz told The Scientist, noting that blood donors are carefully screened to ensure that they are not exposed to any risk factors for infection.

“For any blood donation screening test where the population is considered low risk, you’d expect false positives to outnumber true positives, even in tasks with very good specificity,” said Susan Stramer, the vice president of scientific affairs at the American Red Cross.

When a Zika screen does turn up positive, the donor’s blood will immediately go into quarantine and is not used for transfusions. However, that sample’s journey is far from over—to determine whether a sample is a true positive, technicians will conduct a number of additional tests, such as more NATs and assays for the presence of antibodies. These are done primarily to provide samples for research, but also to inform donors, although many of these tests have not been approved for diagnostic use.

In some cases, red blood cells are also inspected for the presence of Zika RNA using a variety of tests, including NATs. While screens are typically conducted on the donated serum or plasma, studies have found that remnants of Zika virus can remain detectable in red blood cells for longer periods (up to 81 days after symptoms of illness appear). “The biggest interest right now is in the observation that you can isolate the nucleic acid for a longer interval from whole blood than from plasma,” Katz said. “There’ll be a whole lot of research on that from the diagnostic and transfusion-safety standpoint going forward—this seems to be a characteristic of more than a few flaviviruses”—a group of viruses including Zika, West Nile, and dengue.

Unlike other blood screens, which may be performed in tandem, each sample of donor blood is tested for signs of Zika exposure individually. Typically, detection assays are conducted in screening “pools” with samples from multiple donors, but the FDA asked that blood donation centers perform Zika tests separately from other screens. Some experts have criticized this requirement, as well as the FDA mandate for donation centers in areas without cases of active mosquito-borne transmission to conduct Zika blood testing.

“We’ve insisted to the FDA that they revisit this on a regular basis. It’s not sensible to screen for something that doesn’t occur in your population, [and] it’s extraordinarily expensive to do this,” Katz added. Testing the samples individually, he said, can add anywhere from six to 16 times more work. Costs range anywhere from around $8 to $10 per donation. (Busch estimated costs in the $5 to $7 range.) “At a time when budgets are getting cut,” said Katz, “we need to do risk-benefit, cost-benefit analyses.”

“Initially, I thought it was overreaction [to require screening] in the continental US states, particularly outside of the southern portion of the U.S. where the mosquito vector is prevalent,” Busch said. “But as we started screening the continental states, we picked up a moderate rate of infected donors who had acquired the infection from travel.”

So far, while rare cases of transfusion transmission have been documented, there is no indication that the recipients of once-infected blood developed Zika-associated illnesses.

“You get the question of whether there’s any evidence that this happens, and the answer is no,” said Steven Kleinman, a senior medical advisor to AABB (formerly known as the American Association of Blood Banks) and a clinical professor at the University of British Columbia. “And the next question is, ‘Do you have a big enough sample size that shows that it can’t happen?’ The answer is no.” The only way to determine this possibility, Kleinman added, is through animal model studies, which are currently underway.

In response to the concerns of blood donation centers, the FDA has committed to periodically reviewing the screening procedures. “The FDA is evaluating this situation on a real-time basis,” Tara Goodin, an agency spokesperson, wrote in an email to The Scientist. “Should the epidemiology of the Zika virus outbreak change significantly, the agency is committed to re-evaluating the testing strategy put forth in the guidance. However, we cannot provide a timeframe for if and when the guidance will be updated.”

“We’re very pleased that [the FDA] agreed quickly to relook at the data as it evolves,” Katz said. In the meantime, because there are still many unanswered questions about Zika transmission and infection, blood centers across the U.S. will continue to screen all donor samples for signs of Zika.

“There’s a threshold to take action in the blood safety area, and that, for lack of a better term, approach is zero risk,” Kleinman said. “If there’s any risk and we have a potential intervention, we want to use it.”