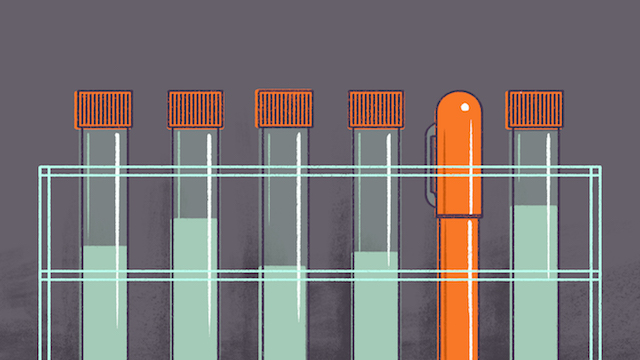 BRYAN SATALINOIn Germany, the fight for open access and favorable pricing for journals is getting heated. At the end of last month (June 30), four major academic institutions in Berlin announced that they would not renew their subscriptions with the Dutch publishing giant Elsevier once they end this December. Then on July 7, nine universities in Baden-Württemberg, another large German state, also declared their intention to cancel their contracts with the publisher at the end of 2017.

These institutions join around 60 others across the country that allowed their contracts to expire last year.

The decision to cancel subscriptions was made in order to put pressure on Elsevier during ongoing negotiations. “Nobody wants Elsevier to starve—they should be paid fairly for their good service,” says Ursula Flitner, the head of the medical library at Charité–Berlin University of Medicine. “The problem is, we no longer see what their...

“The general issue is that large parts of the research done is publicly funded, the type setting and quality control [peer review] is done by people who are paid by the public, [and] the purchase of the journals is also paid by the public,” says Christian Thomsen, the president of the Technical University of Berlin. “So it’s a bit too much payment.”

Project DEAL, an alliance of German institutions led by the Hochschulrektorenkonferenz (German Rectors’ Conference), has been working to establish a new nationwide licensing agreement with three major scientific publishers, Elsevier, Springer Nature, and Wiley, since 2016. “The ‘big three’ cover up to 50 to 60 percent of many library budgets in Germany,” says Andreas Degkwitz, the director of the library at Humboldt University, which is among those represented by DEAL. “Elsevier is the biggest of these.”

Sources would not disclose the costs of subscriptions because their contracts are confidential. But according to Degkwitz, in general, the price of journal subscriptions across all publishers has been increasing on an average of about 5 percent per year.

The universities that cancelled their contracts are supporting DEAL’s three key demands: fair pricing based on the number of publications, open access to all publications by scientists at German institutions, and permanent access to Elsevier’s electronic journals for scientific bodies represented by the DEAL project. If these objectives are met, payments would no longer be made for journal subscriptions—instead, scientific institutions and funders would pay a certain sum per published article, which would immediately become openly available, Flitner explains.

“I don’t see an immediate end [to the negotiations with Elsevier],” Degkwitz adds. “With Springer and Wiley we might have a contract in the beginning or in the first months of 2018, and so far the cancellations of those subscriptions have not been discussed.” He also points out that Springer has already agreed to implement the “publish and read model,” which combines reading and publishing into one combined fee, with some European institutions.

When asked for comment, Elsevier pointed to a statement it released in June and would not provide further details. “Researchers should also know that Elsevier is working diligently to find a mutually acceptable solution with the Hochschulrektorenkonferenz (HRK) and to put a new agreement in place this year, ensuring uninterrupted access,” the company writes in the release. “Elsevier agrees with all of HRK’s basic requests for a national license and open access, and this is reflected in the numerous constructive proposals that we have submitted to HRK.” However, what this means with respect to DEAL’s three objectives remains unclear.

The DEAL project also declined The Scientist’s request for comment.

With increasing publication fees and a growing shift towards open access, academic institutions across Europe are pushing for better contracts with publishing companies.

For example, the Association of Universities in the Netherlands (VSNU) engaged in similar discussions with Elsevier in 2015, and came to an agreement to make 30 percent of Dutch papers in VSNU-subscribed journals open access by 2018.

However, “the Elsevier contract in the Netherlands is not very good, because you have limitations for open access, it’s designated to certain journals, and so on,” Degkwitz says. “The German DEAL group said we don’t want a similar contract, we want to try to challenge Elsevier to an entirely new pricing or business model.”

The Finnish library consortium (FinElib), which represents universities, research institutes, and public libraries in Finland, is also currently negotiating with Elsevier and other major publishers to increase open access and to make pricing more affordable. “I would say that it looks like we are in the same situation with Germany in that Elsevier is not willing to move towards open access,” says Arja Tuuliniemi, who is head of the FinELib consortium and part of its Elsevier negotiation team “Of course, Elsevier says they already have open access models, but the problem is that they charge big [fees] for open access, and that’s not acceptable.”

Currently, the price of publishing a single open access article with Elsevier ranges from $500 to $5,000 USD. The fee for a Cell, Neuron, or Current Biology article, for example, is $5,000 USD, while publishing a paper in Cortex or Genomics Data costs $2,800 USD and $500 USD, respectively.

FinELib’s subscriptions to Elsevier continue until the end of 2017, and if an agreement is not reached by that time, the consortium will not renew its contracts. More than 400 members of the Finnish research community have already started a boycott of the publishing giant in the “No deal, no review” movement.

Similar negotiations have also occurred outside of Europe. Last December, the Consortium on Core Electronic Resources in Taiwan (CONCERT), which represents more than 140 Taiwanese institutions, cancelled Elsevier’s services due to high fees. Meng-ling Lin, the project lead of CONCERT, tells The Scientist in an email that the two parties have since come to an agreement, and that most institutions have now renewed their contracts. However, 17 percent remain unsubscribed due to “budget constraints,” Lin adds.

In Germany, it’s unclear how long the boycott will last. “We all hope that Elsevier and other publishers will side with research again,” Flitner says. “But if they don’t, I think the publishing culture will change faster than before, and universities and researchers will find their own ways to publish over the Internet and to build up the information infrastructure best suited to meet their needs.”