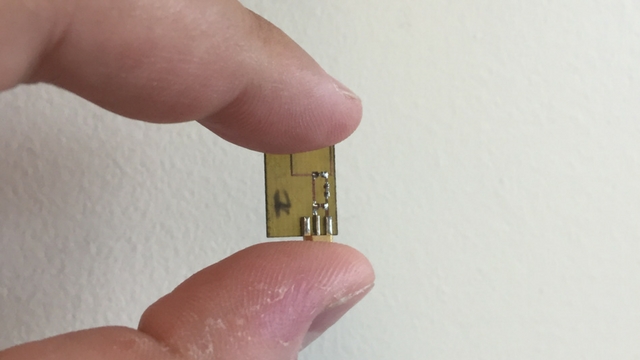 Medical device technologies have come a long way in recent years, from leadless cardiac pacemakers to ingestible electronics that deliver drugs or monitor a patient’s vital signs in real time. Although these devices are small and sleek, they all eventually run out of steam.

Because these gadgets are often used to treat chronic conditions, their batteries’ limited shelf life is a significant drawback. To address these shortcomings, scientists are working on self-powered energy harvest and storage technologies that aim to sustain these devices for the long run.

First approved by the FDA in 2013, leadless pacemakers are implanted directly into the inner wall of the heart using a catheter inserted into the patient’s femoral vein, forgoing both invasive surgery and the wired leads of a conventional pacemaker. But once a leadless pacemaker...

When the device’s battery peters out seven or eight years later, cardiologists pop in a new one, according to M. Amin Karami, a biomedical engineer at the University of Buffalo. “Over time, literally what is happening is your heart is turning into a graveyard of old pacemakers,” says Karami.

In lieu of conventional lithium ion batteries, Karami and his PhD student, M.H. Ansari, are developing systems that harness kinetic energy from the patient’s heart beat to sustainably power leadless pacemakers. Their energy harvesting system would integrate with current leadless models, doing away with traditional batteries and the need for additional pacemakers.

Increasing the lifespan of leadless pacemakers would make the technology more appealing to use in pediatric populations, says David Bradley, a pediatric cardiologist at the University of Michigan and C.S. Mott Children’s Hospital. He was not involved in the work but has collaborated with Karami.

“One of the most powerful, consistent sources of energy in the body is the heart surface,” Bradley adds. “Borrowing some of its energy for other purposes seems appealing.”

Karami and Ansari recently conceived two prototypes: in the first one, described May 2 in Smart Materials and Structures, the authors actually built a prototype, tested it against their analytical models, and measured the electricity it produced when attached to a heartbeat simulator; in the second one, published May 17 in the Journal of Intelligent Material Systems and Structures, they modeled a smaller and more powerful iteration of the device. 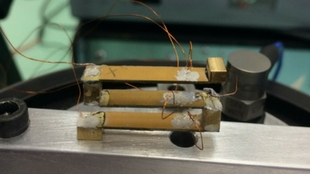 They have yet to integrate their energy harvester into a leadless pacemaker, though this is their next step. Their technology is patented and they are currently working on commercializing it.

Karami’s energy harvester is piezoelectric, which means it produces electricity when pressure or force is applied. This technology can be used to snag energy from other kinetic sources, such as vibrating motors or bridges. According to Adrian Zurbuchen, a biomedical engineer at the University of Michigan who was not involved in the work, harvesting energy from the heart can be tricky because heart rates can dramatically differ within one person. Karami’s design can pick up on a broad range of frequencies, which may mean that it’s also sensitive to variations in heart rate, one quality that is “good for harvesting heart motion,” he says.

Last year (October 15), Zurbuchen described a device he built that captures energy from the heart’s movement using the technology that powers Swiss wristwatches; when the heart moves, an oscillation weight swings and charges a mechanical spring, which then unwinds and propels an electric generator, creating a current that can be stored and applied as a pacing stimulus, he explains.

Zurbuchen acknowledges there are limitations. His prototype weighs 9.2 grams which, when compared with Karami’s pacemaker-piggyback designed to sit inside of a 2-gram leadless pacemaker, is much heavier. “We are currently working on a prototype that would be implantable through a catheter, similar to a leadless pacemaker,” he says.

For ingestible devices that reside within a patient’s gastrointestinal tract, “we have the capacity to develop systems or capsules that can reside in the stomach for a long period of time,” says gastroenterologist and biomedical engineer Giovanni Traverso of Brigham and Women’s Hospital, Harvard Medical School and MIT. “[It] depends on the indication . . . anywhere from a week to a month or longer.” But powering these systems is challenging, he adds. 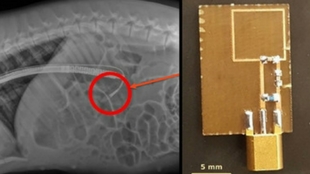 To achieve a more sustainable power solution, a team of scientists led by Traverso designed a wireless means of powering small ingestible gastrointestinal machines. In their study published last month (April 27) in Scientific Reports, they propose a method that’s based on a wireless transfer of power between two small antennas, one located outside of the body and the other located within the gastrointestinal tract. It “takes a page from transmission technology,” he says, similar to how wireless plates can charge cell phones. But for this to work, the plate and the phone have to be close together. Traverso uses a modified version of this technology that’s designed for objects that are farther apart. In the study, the authors demonstrated that they can consistently achieve effective transmission of electromagnetic waves in tissue models as well as in pigs when the antenna receiving the signals is placed in the esophagus, stomach, or lower bowel.

In humans, says Traverso, the outer antenna would be kept in “a patch that sits either on the belly, the chest, or on the side of the body.” He expects to have some prototypes in humans within three to five years.

Bradley is also optimistic about the future for battery-less technologies. “There may be multiple sensors that are placed in the patient for diagnostic purposes and either removed or left in for a period of time,” he says.

Researchers are also applying this type of wireless power transfer to battery-less pacemakers; Rice University researchers, led by electrical and computer engineering professor Aydin Babakhani, have introduced a pacemaker, meant to be implanted either in or on the heart, that can harvest energy wirelessly through an external battery pack.

This ultra-thin device is made with single sheets of graphene, a biocompatible carbon-based material, and interspersed with two proteins: positively-charged bovine serum albumin and myoglobin. These layers are then sandwiched between two very thin gold films. When this device is charged, it can be powered by ions from biological fluids—including serum, urine, or blood. According to their report, the device is not toxic to cells in culture and stores energy at a power density “3–11 times higher than commercially available thin-film [electrochemical capacitors].”

Both James Rusling, a bioengineer leading the Connecticut researcher group, and Richard Kaner, a bioengineer in charge of the UCLA group, said that this supercapacitor has a long way to go before it’s tested in people. “That’s a real stretch at this point,” says Rusling. Kaner agrees: “I am working on some commercial devices, but I don’t see this being immediately applicable.”

“There’s a possibility that it can work,” Rusling adds. “But, this is like the first step up the mountain and we’ve only gone 30 feet, and the mountain is 10 miles high.”