Researchers have come a long way in understanding how many pharmaceuticals work at the molecular level, but there are still many drugs whose mechanisms remain murky at best. While a detailed understanding of their molecular pharmacology isn’t necessary for clinical use, it could help scientists understand the basic science involved and, therefore, develop new and improved drugs with fewer side effects.

“If we threw out all the drugs for which we do not know the molecular mechanisms, we wouldn’t be left with a lot,” Peter Imming, a pharmaceutical chemist at the Martin Luther University of Halle-Wittenberg in Germany, told The Scientist.

From mood enhancers to pain relievers, here are a few of the most commonly used drugs with unknown mechanisms. 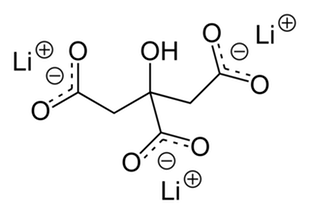 Lithium salts have been used for decades as a mood stabilizer to treat bipolar disorder, depression, and suicidality. The US Food and Drug Administration (FDA) approved...

“There are a lot of theories, but the actual mechanism has [never] been completely determined,” child psychiatrist Scott Krakower of Zucker Hillside Hospital in Glen Oaks, New York, told The Scientist.

Some scientists have proposed that lithium may exert its effects via the neurotransmitters glutamate or serotonin. Others suggest it may regulate genes that control the production of these molecules or their receptors. Still others have shown that lithium inhibits an enzyme called GSK3β, which sets off a cascade of effects that disrupt circadian rhythms.

Animal studies may also shed light on lithium’s possible mechanisms. A team of researchers at MIT recently identified a protein in roundworm brains called BPNT-1, which—when inactivated—leads the animals to be less active. By blocking the activity of this protein, lithium may inhibit chemosensory neurons that tell the worms to avoid harmful bacteria and revive themselves from hibernation, the researchers reported. The findings have yet to be replicated in other animals, however.

Nevertheless, lithium remains a very effective treatment, Krakower said. “We know enough to know how to use it.”

Another drug whose mechanisms scientists don’t completely understand is acetaminophen (paracetamol), the active ingredient in Tylenol and one of the most widely used medications for treating pain or fever.

Researchers in Germany have found evidence that the drug inhibits the cyclooxygenase-2 (COX-2), an enzyme that metabolizes arachidonic acid to prostaglandin H2, which leads to the production of inflammatory compounds. (Aspirin, another well-known pain reliever, works by inhibiting COX enzymes as well.)

In 2011, another group found a possible explanation for acetaminophen’s analgesic effects: metabolites of acetaminophen activate the receptor TRPA1 in the spinal cords of mice and humans. Other research disputes this finding, however.

And, like many drugs, acetaminophen may exert its therapeutic effects through multiple mechanisms.

“The paradigm in drug discovery has shifted from trying to develop a drug for just one target to [attacking] several targets,” Imming said. “Almost all good drugs have several molecular mechanisms of action.” 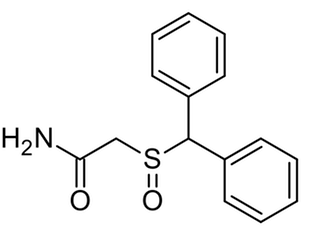 The wakefulness drug modafinil (marketed as Provigil) and its enantiomer, armodafinil, are FDA-approved for the treatment of narcolepsy and other sleep disorders. Modafinil also has an off-label use for cognitive enhancement; armodafinil is also used in treating attention deficit hyperactivity disorder (ADHD).

Modafinil’s mechanisms of action aren’t well understood, but recent research suggests it may work by inhibiting the reuptake of dopamine. When screened across a wide range of receptors and transporters in the brains of rats, the drug was found to only activate dopamine transporters. Similar results have been seen in humans using positron emission tomography (PET) imaging.

Armodafinil, which peaks in the blood later than modafinil does, has many of the same effects as the latter compound. Like modafinil, armodafinil is thought to work by binding dopamine receptors and inhibiting reuptake of the neurotransmitter.

With all three drugs, Imming stressed the importance of their clinical effects over understanding their exact molecular mechanisms. The more scientists learn about these mechanisms, he added, “the harder it gets to understand the biochemical ripples the drug substance causes in the body.”