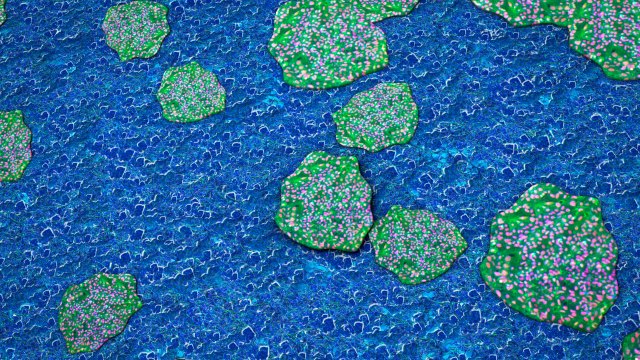 ISTOCK, LUISMMOLINAThe 21st Century Cures Act, approved by the US Congress and signed into law by former President Barack Obama last December, includes a provision to speed up the development and approval of cell- and tissue-based therapies, tissue engineering products such as scaffolds, and combination treatments. As of this month, four firms’ products have earned this so-called regenerative medicine advanced therapy (RMAT) designation.

“It really is very important. . . . You now have [a priority designation] that is very clearly for tissue and cell [therapies],” Beth Roxland, an associate at the NYU School of Medicine and a senior consultant on law, ethics, and policy, told The Scientist. “Overall, this piece of 21st Century Cures was very much a step in the right direction for prioritizing potentially life-saving therapies.”

The RMAT pathway (formerly called regenerative advanced therapy, or RAT) is analogous to the breakthrough designation designed for traditional...

“The FDA’s Center for Biologics Evaluation and Research is committed to helping make regenerative medicine advanced therapies that are shown to be safe and effective available as soon as possible, particularly for patients with serious or life-threatening diseases or conditions lacking other treatment options,” Peter Marks, the center’s director, wrote in an FDA blog post announcing the new process in March.

“The fact that they’ve already issued four of these in such a short time . . . it really seems like they’re embracing it,” said Paul Knoepfler, a stem cell biologist at the University of California, Davis.

In March, for example, North Carolina–based Humacyte announced that it had received RMAT designation for its product HUMACYL, which uses smooth muscle cells from the aortic tissue of heart transplant donors to create a scaffold of extracellular matrix proteins. The material will then be transplanted into dialysis patients as a vascular prosthetic. “In just recent weeks, we’ve had very, very good response from our [FDA] review team,” said Bill Tente, vice president of quality, compliance, and regulatory affairs at Humacyte. While HUMACYL received Fast Track Designation in 2014 and has had increased communication with the agency since, “my sense is that some of that is coming from the RMAT designation.”

In addition to the increased communication with the agency, Tente said he looks forward to being able to submit the company’s biologic license application on a rolling basis, another perk of the designation that would allow researchers to get feedback on portions of a complete application. “If you finish one section and you’re able to send that off and get it reviewed, that is a very nice thing,” he said. “It potentially means your product would get to patients sooner, which is the whole thing behind the 21st Century Cures Act.”

Of course, it will take some time to see how the new RMAT designation plays out in terms of new therapy approvals. “If some of the RMAT therapies are ultimately proven to be safe and effective, and via RMAT they were able to get to patients and help them more quickly, with few failures amongst the RMAT group, then the RMAT regulatory experiment will be proven a big success,” Knoepfler wrote on his lab’s blog, The Niche. “We’ll find out in a few years one way or another more clearly.”

In the meantime, Roxland added, “there’s still a whole bucket of problems over stem cells that this doesn’t attempt to get into”—namely, the complex issue of how these products should be regulated overall and the continued existence of predatory stem cell clinics in the U.S. and abroad. “That the FDA is still very much wrestling with,” she said.

Although the 21st Century Cures Act doesn’t touch on this regulatory issue, Roxland speculated that the RMAT designation, in the long term, “could have a positive, practical effect,” she said. “If you start getting more therapies on the market quicker or just more genuine therapies on the market via the RMAT designation or otherwise, then hopefully patients would have less of an impetus to go to the charlatans.”

On the other hand, Knoepfler noted, the act includes language that allows companies to apply for RMAT designation on the basis of “real-world evidence,” as opposed to data from a preclinical study. “A lot of [stem cell] clinics see a lot of patients,” he noted, and could potentially use those data to apply for RMAT. “I would argue in some cases in the process of treating those hundreds of patients, they may have been in violation of FDA regulations. . . . We never quite know what the FDA is thinking, but they might find themselves in some interesting situations.”

“I think the general feeling among researchers is that if [the RMAT designation] benefits their study, it’s good, but if it opens the door to charlatans, it’s bad,” Jeanne Loring, director of the Center for Regenerative Medicine at the Scripps Research Institute, told The Scientist in an email. “Both will happen, I think.”

Clarification (May 24):  At the request of NYU School of Medicine, this story has been updated from its original version to clarify Beth Roxland’s title and affiliation.