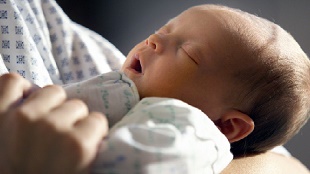 CDCAmid new teachers and first homework assignments, the start of the school year often brings sniffles, coughs, and other signs of infectious diseases. In some parts of the U.S., going back to school can also mean a greater risk of students coming down with vaccine-preventable illnesses. In California, for example, the parents of approximately 3 percent of children opted out of having their kids vaccinated on the basis of their personal beliefs this year, according to the state’s Department of Public Health. This state-wide opt-out rate has nearly doubled in recent years, KQED’s State of Health blog reported this month (September 11).

The proportion of unvaccinated children in California schools varies by county, with some reporting opt-out rates as high as 7.5 percent. As these numbers increase, herd immunity—a population’s ability to prevent disease transmission because the majority of people are inoculated—begins to collapse, raising the risk of preventable...

In its most recent tally of California’s continuing whooping cough epidemic, the US Centers for Disease Control and Prevention (CDC) reported nearly 8,000 cases of pertussis in the state this year; 267 of those cases were severe enough to require hospitalization.

And it’s not just California that’s seen a recent surge in pertussis: several Washington, DC-area schools reported more than a dozen cases just last week. Minnesota has reported 708 cases already this year. Nationwide, there have been more than 17,000 reported cases of whooping cough since the start of 2014, according to the CDC.

While treatable with antibiotics, pertussis can be serious. The protracted fits of deep, violent coughing caused by this pathogenic bacteria leave infected adults breathless for weeks; in infants, the paroxysms can lead to cracked ribs, collapsed lungs, and even death.

Three infants in California have died of pertussis infections this year, and the CDC recommends a vaccine for pregnant women to reduce the risk to babies. “For the CDC to recommend that a pregnant woman get a vaccination for anything is a sign of the extreme level of concern we have with infants being infected,” infectious diseases physician David Witt of Kaiser Permanente in California told The Scientist.

Although a pertussis vaccine has existed since the 1930s, cyclical outbreaks are common every three to five years; the total incidence of US cases has been on the rise for the last 30. Some researchers attribute periodic epidemics to a natural resurgence of the pathogen. Others cite reduced vaccination rates as a reason for the growing number of cases. On top of this, some studies have suggested that the use of a newer form of the pertussis vaccine—which is perhaps less effective at blocking disease transmission—may also be a factor behind the ongoing pertussis boom.

The pertussis vaccine used until approximately 2000 was an inactivated version of the Bordetella pertussis bacterium. Incapable of causing infection, this whole-cell vaccine (wP) appeared as effective as a natural infection at boosting immunity to subsequent exposure. But in a few instances, the wP vaccine induced rare but severe side effects, such as convulsions and encephalopathy in children.

An acellular vaccine (aP) was introduced in 1991; this version uses specific bacterial antigens rather than the entire pathogen and imposes fewer and less severe side effects. By 2001, the wP vaccine was replaced by the aP version, and the former was completely removed from US markets. Tested only for its ability to generate robust antibody responses, recent epidemiological studies and animal research have suggested that the aP vaccine is less effective than the wP version when it comes to preventing disease transmission.

“The acellular vaccine was tested in the U.S. at a time when we had pretty much eliminated pertussis, so the force of infection—the pressure on the vaccine to perform—was really limited,” said Witt. However, he added, “It was not without a good purpose that the [aP] vaccine was developed.”

Last March, Witt and his colleagues published a study in Clinical Infectious Diseases comparing the vaccination histories of 900 patients affected in California’s 2010 pertussis outbreak. “It was the first year we were seeing teenagers who had never received the whole-cell vaccine,” he said.

The researchers compared populations of children who had received a first shot of wP and booster shots of aP to those who had received only aP or not been vaccinated at all. Witt said that the earliest cases from the 2010 outbreak, identified in Marin County, “were in a family that’s unvaccinated, in a town that has pretty high rates of personal belief exemptions.”

The researchers were surprised to find that, although the risk to unvaccinated children was higher, the majority of whooping cough cases occurred in children who had received either form of the vaccine. They found that children who had received a single primary dose of wP, followed by booster aP inoculations, had an eight-fold lower risk of infection than children in the same age group who had received only the acellular vaccine. “We were very surprised that vaccinated children were at as much risk as they were,” said Witt. “[There were concerns] that we had spurious data, because everyone trusted the vaccine and the antibody response.”

But this year, in a January PNAS study, researchers from the US Food and Drug Administration (FDA) compared the effectiveness of the aP and wP vaccines in baboons. FDA’s Tod Merkel and his colleagues found that the aP vaccine was effective at preventing severe disease symptoms, but baboons inoculated with this version could still be colonized by the pathogen and transmit disease to unvaccinated animals. At the molecular level, the researchers found crucial differences in the type of immune response induced by the two vaccines. Much like a natural infection, the wP vaccine triggered a potent Th17 and Th1 response in T-cells, whereas the aP vaccine only induced a Th1/Th2 response. Th17 helper cells are thought to play an important role in long-term immune memory, particularly in protecting against mucosal pathogens. A study of pre-adolescent children’s immune responses also found differences in the T-cell memory induced by the two vaccines.

Combined with the results of other studies, Witts’s data has shown that “immunity to the adolescent booster is waning much more rapidly than anyone expected,” said Merkel. “With baboons, [we showed] that the acellular vaccine does not protect against infection as well as [wP] or a natural infection.”

Another camp of researchers maintains that periodic outbreaks of pertussis merely represent the cyclic resurgence characteristic of the infection. Cyclical outbreaks do not indicate a failure of the vaccine to block transmission, according to a 2013 Vaccine study from Pejman Rohani of the University of Michigan and his colleagues. In a response to the Merkel team’s PNAS paper, Matthieu Domenech de Celles, a postdoc in Rohani’s lab, suggested instead that periodic resurgence was the result of differences in age-specific contacts between children and adults, rather than the vaccine’s inability to prevent infection and transmission. De Celles also attributed the recent increase in pertussis cases to a critical population threshold needed for a vaccine to be effective.

Estimating the proportion of people who need to be protected to provide herd immunity, “for pertussis, the critical vaccine coverage is 93 percent,” de Celles told The Scientist in a Skype chat. “[This number] also explains why regular outbreaks are still observed, despite high vaccination coverage.”

This proportion may be particularly important in areas such as Marin County, where nearly 9 percent of schoolchildren are exempted from vaccines because of personal beliefs, according to Witt. “Even for a fully effective vaccine, you’re starting with a threshold that could still promote an outbreak,” he said. “But take a vaccine that’s less than perfect and add this [increased opt-out rate], then you’ve got deficient herd immunity to start with.”

Merkel also added that cyclical outbreaks can reflect a population’s immunity over time. As more people receive vaccinations—or suffer infections—their resistance increases. But as people travel or children are born, the group’s susceptibility to infection can increase. “A few cases is not enough for an epidemic—you need to have enough susceptible people around,” explained Merkel. “That’s the model for cyclical infection in the pre-vaccine era, and the fact that we’re still seeing that is evidence that we’re not controlling transmission in the population.”

Although the current outbreaks may represent another cycle in the pertussis pathogen’s history, the need to improve on the current vaccine—one that mimics the immunity conferred by a natural infection—is apparent.

Still, despite the reported limitations of the aP vaccine, immunization offers significant protection against pertussis, Witt explained. “Obviously, the [long-term] solution is a better vaccine,” he said. “But until we have one, recognition in the community and better vaccine coverage will blunt the severity of these outbreaks.” 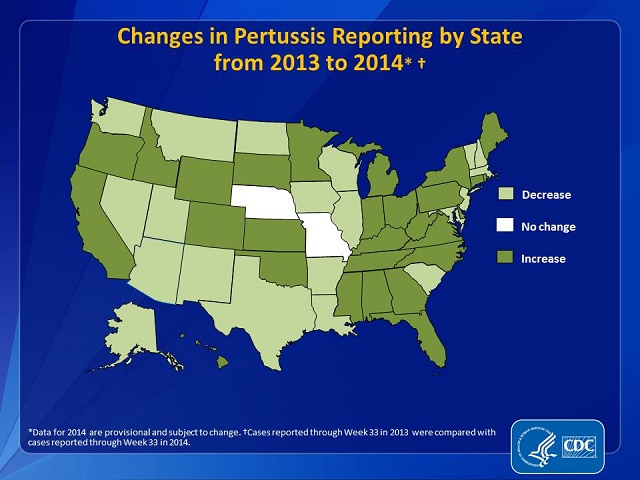