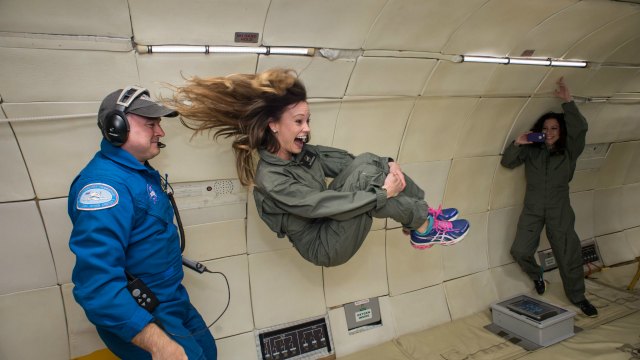 EMILY CALANDRELLIAt the end of April, Netflix released the latest program to tap into the nostalgia of its largely millennial user base: Bill Nye Saves the World. Even before his new show aired, Nye had cemented his membership in a fraternity of science communicators that neatly package science for popular consumption. These days you don’t have to be a hard-core nerd to recognize of the names and faces of Neil deGrasse Tyson, David Attenborough, or Brian Greene. The thing is, there’s one conspicuous characteristic shared by each one of these household-name science celebrities. They’re all men.

According to Emily Calandrelli, host of the Fox show Xploration Outer Space and correspondent on Bill Nye Saves the World, “when I go into interviews to be on TV shows, it’s never to be the host of a show,” she said. She only landed the job at Fox because her executive...

Calandrelli represents an exceptionally small group of female science celebrities on television. And while there has been little indication this is bound to change dramatically, a number of women are paving their own way. That means casting aside the expectations that their success will hinge on how pretty they are or if their show has a male co-star. And it also means gaining sizeable followings using the democratizing force of other non-televised traditional outlets to make themselves into a household names.

For example, female science communicators have achieved traction on the Internet. There, at least, women can make their own opportunities (though, of course, they still face the misogynistic harassment pervasive online). According to Emily Graslie, chief curiosity correspondent at Chicago’s Field Museum and host of its YouTube show The Brain Scoop, the idea that a woman can’t host her own show is “a misconception that holds women back from excelling. I have my own show. I’m not sitting around waiting,” she said. “There are so many new opportunities for women to carve out their own space.” 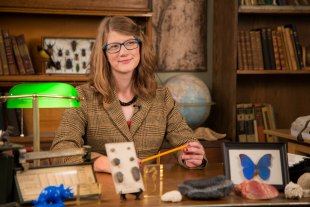 Emily GraslieSHEHERYAR AHSAN THE FIELD MUSEUMBut even in the digital world, women are “not given the same credibility,” Graslie said. “A lot of the success women achieve in these spaces is invisible.” Graslie says she spends more time being interviewed about her role as a female science communicator than she does about the actual content of her work. “It needs to be discussed, and it needs to have light shining on it. But it does get frustrating,” she said. “I’m the recipient of a nationally granted award for professional excellence but no media wanted to call me about that.”

Off camera, several women have recently gained popularity as science communicators. The iTunes top 10 most popular podcasts for science and medicine features three shows hosted by women—NPR’s Invisibilia and Terrestrial as well as Gimlet’s Science Vs.  And Mary Roach, famed author of several pop culture science books, including Packing For Mars and Bonk, said, “I never felt hindered by my gender as a science communicator.” She admitted that is likely because print is not a visual medium. “There have definitely been times when people have approached me about doing a TV version of my book, and I know exactly where that’s going. I probably don’t have the looks to host a show.”

Although there are many accomplished and popular female science journalists—think Rebecca Skloot and Natalie Angier, to name a couple—the struggle for women to rise to the heights of science celebrity is nothing new. According to Declan Fahy, a lecturer in communications at Dublin City University and author of The New Celebrity Scientists: Out of the Lab and Into the Limelight, “a major problem is the way the media routinely portray female scientists.” 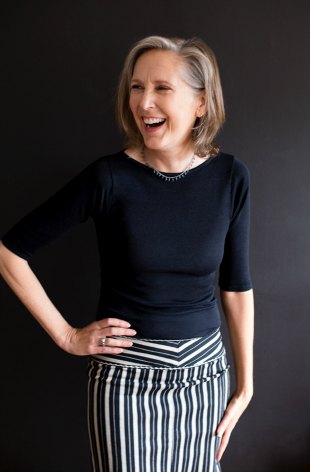 Mary RoachJEN SISKAThroughout history, said Fahy, media coverage of female scientists has either focused on their appearance or their domestic acumen. “This distracts from a focus on their work and the ideas they are communicating,” he told The Scientist in an email. “When geneticist Barbara McClintock won the Nobel Prize for Medicine in 1983, The New York Times told readers that she also baked with black walnuts.”

Then there’s the focus on women’s looks. In 2009, for instance, a pair of researchers published a study, “Bimbo or boffin? Women in science: An analysis of media representations and how female scientists negotiate cultural contradictions,” in the journal Public Understanding of Science. “Female scientists may be used to ‘sex up’ the discipline,” the authors concluded, which perpetuates a societal belief that women are more for looking at than listening to.

It’s a conundrum that Fahy noted in his book about British neuroscientist and former director of the Royal Institution, Susan Greenfield, who is also a broadcaster. “Media coverage focused as much on her appearance as her science,” he said. “Vicious criticism was a constant part of her career. The male scientists I analyzed were not covered in the same way.”

“Society needs to be more willing to accept a woman who is confident in her knowledge in something,” Calandrelli said. “Many times when I assert something confidently that I know well, I’ve been told I’m arrogant.”

Along those same lines, Graslie said the fact that she is passionate, funny, and relatable—qualities that are embraced by fans of Neil deGrasse Tyson and Bill Nye—are interpreted in her as cute or adorable. “We’ll praise certain characteristics in men that we won’t when we see them in women,” she said.

Still, this new breed of female communicators—albeit underrepresenting other forms of diversity, such as women of color—is having success. Graslie’s most popular video has almost 2 million views on YouTube (though she argues counting those numbers is a lousy way to measure success). And perhaps Roach’s even broader success is an indicator for the future of a more diverse pantheon of science celebrities. Roach is, after all, likely the closest any female science communicator has come to name recognition that Nye and Tyson enjoy. “Women have had a cultural handicap for a long time,” she said, “but they’re catching up fast.”