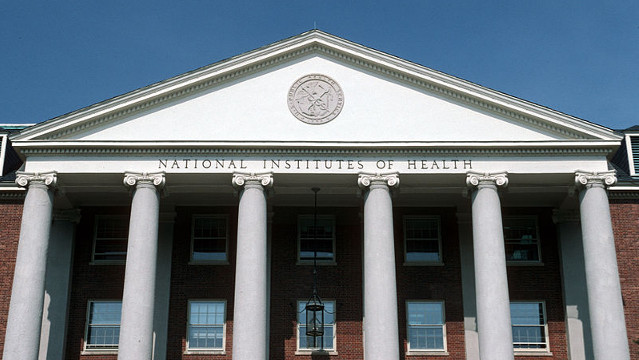 The Trump administration’s proposed federal budget has already evoked significant backlash from scientists and science advocacy organizations across the United States. The FY2018 budget proposal, released by the White House last week, includes massive cuts to agencies that fund research, including the National Institutes of Health (NIH) and the Environmental Protection Agency (EPA).

Despite the alarm surrounding the news of proposed science funding cuts, experts stressed that the budget request is unlikely to pass as is. “This is the president’s proposal . . . this is a statement from the White House about what they would like to see,” Rush Holt, CEO of the American Association for the Advancement of Science (AAAS), told The Scientist. “It’s Congress that makes the appropriations.”

Congress has traditionally shown bipartisan support for biomedical research, said Elias Zerhouni, who was director of the NIH from 2002 until 2008. “I used...

“I’m really confident that once they’ve sat down and thought about it, they’re going to think through what it means to do something like start cutting back on NIH,” said Robert Cook-Deegan, a Washington, DC–based Arizona State University professor. The proposed cuts to the agency are “so stupid that I just don’t think that any administration is going to do it,” he added.

“The other thing that’s worth looking at is that all these proposals have been [made] at a time when there’s basically zero science advice at the top—and that actually matters,” Cook-Deegan noted.

In February, thousands of researchers and science supporters signed a letter to the president, encouraging him to prioritize appointing a Science Advisor.

If the proposed cuts do go into effect, trainees and early-career scientists, such as PhD students and postdocs, will likely be hit the hardest. A close-to-20 percent cut to the NIH budget would mean that very few new grants would be funded, according to Cook-Deegan. “NIH is particularly vulnerable [to the cuts] because unlike the DOD [Department of Defense–funded] medical research programs that have to spend their money every year. . . [around] 75 to 80 percent of NIH’s budget is pre-allocated ever year because it’s carried over from grants that have already been given.” That means there would be little money left over to support new projects, unless money meant for existing grants is redistributed.

“I can’t remember any agency going through this drastic a cut in such short a time,” Zerhouni told The Scientist. “It really damages what I think people don’t appreciate—it’s not a question of money, it’s a question of the human capital behind those funds.”

Zerhouni pointed to a budget cut that occurred during his tenure at NIH: a 1 percent reduction in 2006, following Hurricane Katrina. “Even after Katrina, what I noticed was that . . . new investigators don’t get funded [and] universities don’t appoint the young assistant professors,” he told The Scientist. “So they [early-career researchers] get discouraged and leave. Ultimately, you’re reducing the human capital that you need to sustain for the long term.”

According to Arthur Levine, senior vice chancellor at the University of Pittsburgh, the number of NIH-funded investigators age 36 and under has fallen, while the number of agency grant-supported researchers age 60 and over has increased. “When the context is as competitive as it is now, the NIH . . . obviously [is] not willing to risk sending funds to young people who are not yet fully proven,” he said. “The sadness of that is that, sometimes, the very best ideas in science come from young people—you look at the history of Nobel Prizes, for example, and the majority have been given to people who’ve done their best work early on.” In 2015, Levine and 17 other medical school deans coauthored a commentary outlining the consequences of the reduction in federal support for biomedical research in Science Translational Medicine.

“In these times of change, the morale just plummets and we lose a lot of people,” said Cook-Deegan. “I think even if the cuts don’t go into effect, this kind of uncertainty is just the sort of thing that [makes people think] ‘Do I really want to do this for the rest of my life?’”

Funding cuts may also disproportionally affect institutions that aren’t traditional research powerhouses, said Clay Marsh, vice president and executive dean for health sciences at West Virginia University. “What’s happened in terms of the slowness of the growth of the NIH portfolio is that many places have not been able to keep up,” Marsh told The Scientist. “For instance . . .  we don’t have as much base funding as you might have in Massachusetts with all the Boston institutions, so playing catch-up becomes a real problem if you’re trying to compete for these relatively hard-to-get grants.”

The largest cut to NIH in recent history occurred in early 2013, when sequestration hit scientific organizations across the U.S. with significant funding cuts. The NIH budget was at that time reduced by 5 percent. This led to fewer funded grants and, as a result, success rates for submitted proposals dropped to a historic low. According to Science, the number of investigators with NIH funding dropped by as many as 1,000 from FY2012 to FY2013.

In addition, the results of a 2013 American Society for Biochemistry and Molecular Biology (ASBMB) survey, which included more than 3,700 US scientists, painted a dire picture. More than three-quarters of respondents reported that, compared to a time before the funding decline began, following sequestration they spent more time working on grants yet ended up getting fewer funds. And only 2 percent of respondents reported that they were able to find private investors to help make up for this loss.

In recent years, however, things have started to look up for biomedical research. In mid-2015, a Senate panel approved a $2 billion (around 6 percent) raise to the NIH funds for 2016—the biggest boost in more than a decade. And in late 2016, Congress approved the 21st Century Cures Act, which allocated an additional $4.8 billion in funds over 10 years to three NIH programs: the BRAIN Initiative, the Cancer Moonshot, and the Precision Medicine Initiative.

“There’s a particular irony here in that, just in the past year, the very same Congress approved the 21st Century Cures Act, which gave new money to the NIH [that] now we could lose in less than a year,” Levine said.

The Trump administration’s proposed budget has painted a very different future for science in America. “The expectations [were high] under Obama, especially those last three years, because . . . there was just tremendous support for biomedical research that was unusually strong from the top,” said Cook-Deegan. “I think we got used to that, and clearly that’s not the case anymore.”