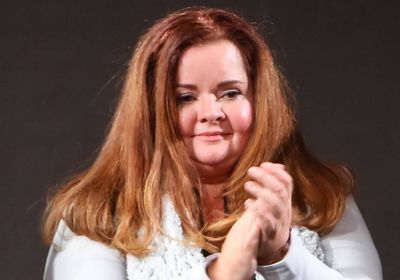 Neuroscientist BethAnn McLaughlin, who founded the organization and website #MeTooSTEM, has left her position as a faculty member at Vanderbilt University Medical Center in Nashville, Tennessee, Science reported yesterday (July 9).

In a statement released through her lawyer, McLaughlin says that her departure was “by mutual agreement” between her and the university. Her last day was July 8, she says.

In June 2018, McLaughlin founded the website MeTooSTEM.com, a forum for stories of sexual harassment in the fields of science, tech, engineering, and math that extended the #MeToo movement to science-related fields. Also last year, McLaughlin launched petitions asking the American Association for the Advancement of Science and the National Academies of Science to revoke fellowships and memberships, respectively, from sexual harassers. Both organizations have done so, Science notes.

McLaughlin’s departure from Vanderbilt follows a long and flip-flopping tenure review process. She was recommended for tenure in 2015, as Science previously reported. That same year, she testified in a sexual harassment investigation into the behavior of neuroscientist Aurelio Galli, who was then at Vanderbilt School of Medicine but is now at University of Alabama, Birmingham. Around the time of her testimony, the university launched an investigation, spurred by Galli, into McLaughlin’s tweets and during the investigation, which lasted from December 2015 to April 2017, froze McLaughlin’s tenure-review process. In 2017, McLaughlin’s tenure was approved—then the decision was reversed. McLaughlin appealed the reversal, saying that it had been influenced by her testimony in the sexual harassment case, but in February 2019, the university made the final decision against McLaughlin’s tenure.

“I value my time at Vanderbilt, and I look forward now to exploring new opportunities,” McLaughlin says in the statement. Both she and her lawyer declined to make further comments to Science.

“When the most visible face of the #MeTooSTEM movement is silenced, it sends a chilling message to targets of sexual harassment everywhere that the system is stacked against them,” Sharona Gordon, a biophysicist at the University of Washington in Seattle, who started a petition urging the university to let McLaughlin keep her job, tells Science.