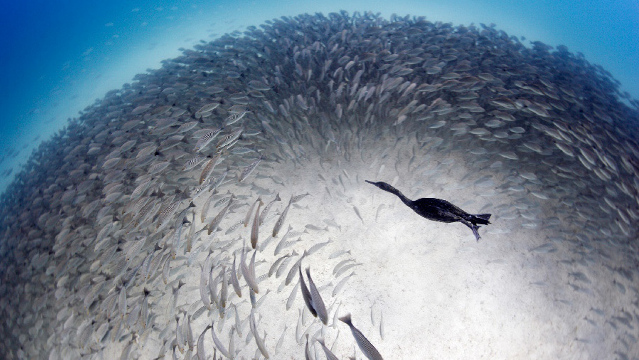 Veolia Environnement Wildlife Photographer of the Year is owned by the Natural History Museum and BBC Worldwide, Cristóbal Serrano

The eye of the baitball

Threatened by predators, groups of fish, such as these grunts, bundle into a protective orb formation. In the Sea of Cortez, Mexico, wildlife photographer Cristóbal Serrano snapped a hungry cormorant (Phalacrocorax) as it approached the swirling fish ball. The image was a runner-up in the 2012: Veolia Environnement Wildlife Photographer of the Year. 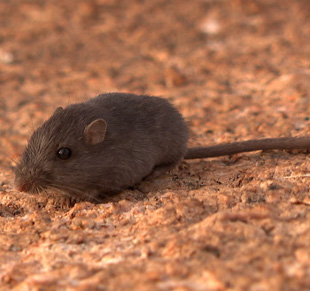 The short film Making of the Fittest: Natural Selection and Adaptation tells the visual and evolutionary tale of how the light-colored pocket mouse of New Mexico has adapted to living against the dark, charred background of an ancient lava flow. Spoiler Alert!: They quickly evolved darker fur to elude visual predators, such as hawks. “The adaptations that they’ve evolved make terrific sense for the place where... 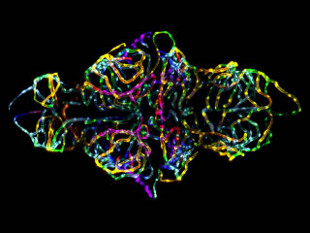 The blood-brain barrier plays a huge role in regulating neurological activity and disease in the brain. But in this depth-colored confocal micrograph, it also captures the imagination. This compiled series of z-plane images, collected by Jennifer Peters and Michael Taylor of St. Jude Children’s Research Hospital, in Memphis, Tennessee, shows the blood-brain barrier of a live zebrafish embryo, pseudo-colored by depth for a visually appealing and spatially informative glimpse of the anatomical structure. “[The image] not only captures the beauty of nature, but is also topical and biomedically relevant,” imaging scientist Peters told The Small World Photomicrography Competition, hosted by the camera company Nikon. The image won the first place prize this year. 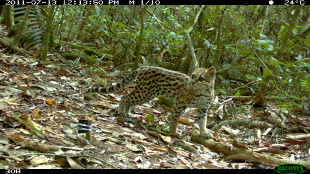 The little spotted cat—oncilla—may get its name not just from the leopard-like spots on its coat, but from the fact that this shy, nocturnal feline is rarely spotted. Captured in a camera-trap, this rare image of the cat in Madidi National Park, Bolivia—a hotspot for biodiversity—takes the top prize in the BBC’s Wildlife camera-trap photo competition in the new discoveries category. The trap, set by Wildlife Conservation Society scientists, Guido Ayala, Maria Viscarra and Robert Wallace, is the first to capture a glimpse of the house-cat sized oncilla in the park, but their life history and population numbers still remain a mystery. 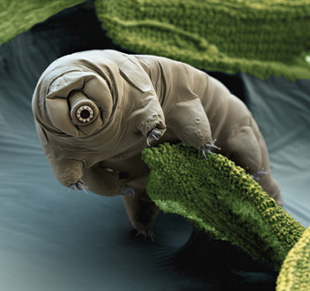 Tardigrades, or water bears, are the cuddly looking plush toys of the microscopic world that spend their days leisurely waddling between clumps of yummy moss. But don’t be fooled by their meek demeanor: they’re also nearly indestructible, surviving starvation, dehydration, freezing, and oxygen deprivation. After scientists launched them into space in 2007, only to revive them back on Earth, biologist Nicole Ottawa and photographer Oliver Meckes were inspired to create a portrait of the mighty microbes. After arranging a water bear photo shoot, coating dead bears with gold or platinum and placing them among bits of moss, the researchers took the scanning electron micrograph that won the judges' choice for images in The Scientist's 2012 Labby Multimedia Contest. 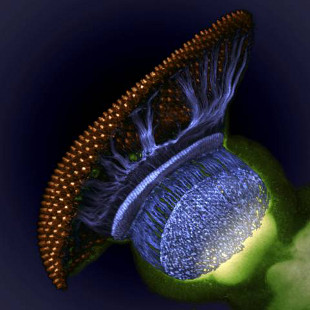 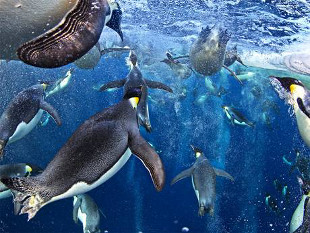 Veolia Environnement Wildlife Photographer of the Year is owned by the Natural History Museum and BBC Worldwide, Paul Nicklen

At the edge of the Ross Sea, Antarctica, Paul Nicklen snorkeled in dark, freezing waters near an ice hole, awaiting the return of hundreds of emperor penguins fresh from the hunt—and his icy wait was worthwhile. As penguins burst upwards into the light, in swift, crisscrossing streams, blazing bubble-trails in their wake, Nicklen’s frozen fingers worked by instinct to snap this image, which was the overall winner of the 2012: Veolia Environnement Wildlife Photographer of the Year. “It was a fantastic sight as hundreds launched themselves out of the water and onto the ice above me,” Nicklen, a Canadian photographer, told the Natural History Museum of London, which hosted the photography contest. It’s a sight, he adds, he’ll never forget. 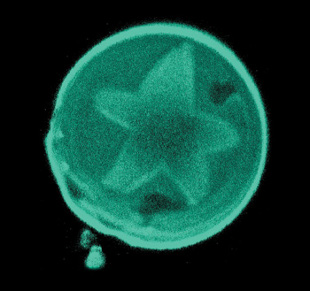 Star of the membrane show

Measuring at just 40 µm in diameter, this star-shaped artificial vesicle made of a single lipid bilayer took the reader’s choice for images in The Scientist's 2012 Labby Multimedia Contest. Membrane biophysicist Luis Bagatolli of the University of Southern Denmark, who is using such artificial vesicles to study cell membranes, created the image and the liposome. “We are trying to figure out if you can correlate the structure of a membrane with the composition and eventually its function,” says Bagatolli. This particular liposome is composed of cholesterol, glycerophospholipid POPC, and ceramide-rich lipid crystals, which help form the star-shape.