ABOVE: Scanning electron micrograph of SARS-CoV-2 (gold) emerging from the surface of cells cultured in the lab. Image captured and colorized at NIAID’s Rocky Mountain Laboratories in Hamilton, Montana
FLICKR, NIAID

We can slow it down by canceling all these events, which we completely should do. But it’s still going to spread to most places.

—Maciej Boni, a biologist at Penn State University, speaking to The Scientist about how the high number of undetected cases makes it difficult to track viral spread based on confirmed infections (March 12)

It is important to screen the patients for neurological signs early and late in the course of COVID-19 . . . as this could be life-saving in our fight against COVID-19 pandemic.

—Abdul Mannan Baig, a researcher at Aga Khan University in Pakistan, speaking to The Scientist about indications that SARS-CoV-2 can target the nervous system (March 24)

It’s definitely scary as someone who is looking for another postdoc or potentially applying to faculty jobs to have this looming situation.

—Kishana Taylor, a postdoc in microbiology and molecular genetics at the University of California, Davis, speaking to The Scientist about pandemic-related hiring freezes in academia (March 26)

­—Kathleen Millen, a neuroscientist at Seattle Children’s Hospital Research Institute, in an email to The Scientist about how pandemic-related lab shutdowns affected the scientific community (March 27)

This is going to be imprinted on the personality of our nation for a very long time.

—Anthony Fauci, director of the US National Institute of Allergy and Infectious Disease, speaking with CNN’s Sanjay Gupta about the effects of the COVID-19 pandemic on the psyches of his daughters and other Americans (April 1)

—Peter Daszak, president of the nonprofit EcoHealth Alliance, talking to “60 Minutes” about the ongoing politicization of science with regard to the COVID-19 pandemic (May 10)

Our prior studies have suggested that blocking receptor binding is a surefire way to neutralize the virus and come up with a protective antibody.

—Erica Ollmann Saphire, an immunologist at the La Jolla Institute for Immunology, speaking to The Scientist about the promise of antibody candidates that could prevent SARS-CoV-2 from entering cells (June 2)

This is what I wanted to do with my life—study viruses—and then to be at home and not have a lab [during a pandemic]. . . . It’s sort of like watching a ship pass you, and you really want to be on it.

—Jillian Carmichael, a postdoc in virologist Benhur Lee’s lab at Mount Sinai’s Icahn School of Medicine, speaking with The Scientist about missing out on research during the pandemic due to the closure of daycares and schools (June 25)

It’s extremely difficult at the beginning of an epidemic to get an accurate R0.

—Nelly Yatich, epidemiologist in Nairobi, Kenya, discussing with The Scientist the challenges of determining the basic reproductive number, R0, which describes the initial spread of an infection in a completely susceptible population (July 13)

I’ve been sick for three months, which just sounds so ridiculous to so many doctors.

—Hannah Davis, an artist living in Brooklyn, speaking to The Scientist about memory loss, sporadic bursts of blurred vision, a racing heart, difficulties breathing, insomnia, and various aches and pains that she experienced for months after testing positive for COVID-19 (July 17) 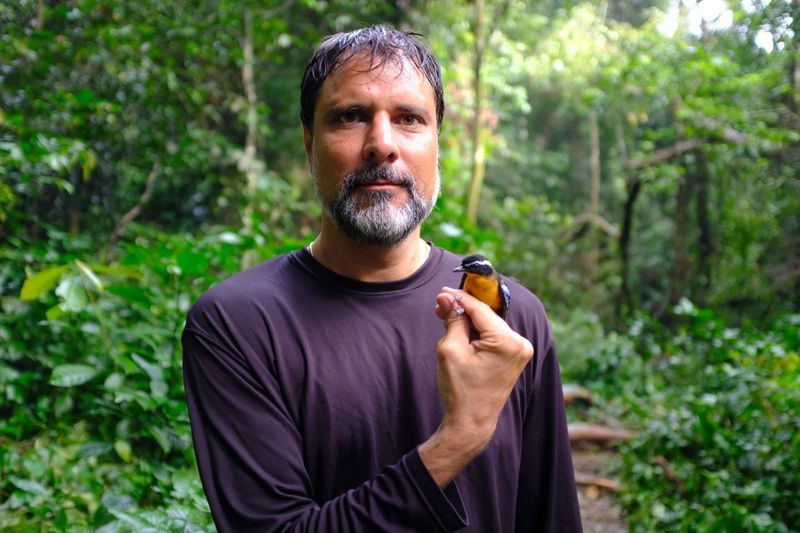 Ravinder Sehgal holds one of the birds he studied at a site in southwest Cameroon.
COURTESY OF RAVINDER SEHGAL

Any school that cannot meet these minimum screening standards or maintain uncompromising control over good prevention practices has to ask itself if it has any business reopening.

—A. David Paltiel of Yale School of Public Health speaking to UPI about his paper that indicated that masks, social distancing, and testing college students every two days could limit the spread of SARS-CoV-2 on campuses this fall (July 31)

We don’t want to be spreading the coronavirus around, but it’s also kind of a catch-22 because now we’re not doing research on the very problem that caused us to get here.

—Ravinder Sehgal, a biologist at San Francisco State University, speaking to The Scientist about how a pandemic-related university travel ban limited his field research in infectious diseases (August 20)

I understand that the public is frustrated. Even my family’s like, ‘Can’t you figure it out?’ . . . We are [learning] much faster than any time in history where we’ve had a big disease [outbreak] like that. So I’m confident that the few months to come are going to be extremely informative.

—Miriam Merad, who directs the Precision Medicine Institute at Mount Sinai, speaking to The Scientist about the rapid pace of COVID-19-related research this year (September 16) 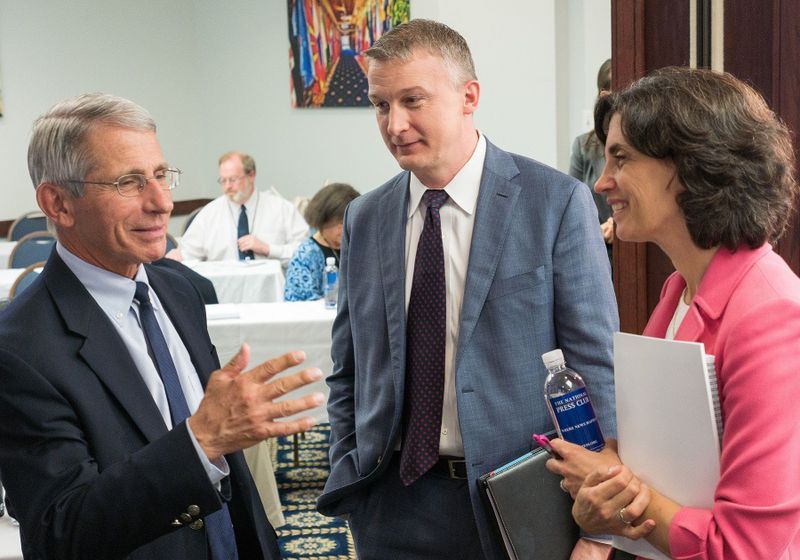 Now people are so confused about what science can give you—whether hydroxychloroquine works, it doesn’t work, it’s fake, it’s not fake—that it’s going to be very difficult for us scientists then to use any type of article or publication. Now that they know scientists can lie, who will believe us again?

—Patricia García, a Solidarity Trial investigator and the former health minister of Peru, speaking with The Scientist in the wake of the Surgisphere scandal (October 1)

The federal government is paying Dr. Bright, one of the nation’s leading experts in pandemic preparedness and response, and an internationally recognized expert in vaccine and diagnostic development, to sit on his hands during a global pandemic that has, to date, killed one million people globally and over 210,000 people within the United States.

—An amended whistleblower complaint filed by attorneys representing Rick Bright, an immunologist who resigned from his post at the National Institutes of Health on October 6

—Albert Bourla, chairman and chief executive of Pfizer, speaking to CNBC after the firm announced preliminary results from a Phase 3 trial of its COVID-19 vaccine, developed in collaboration with BioNTech, that suggest it is 90 percent effective in preventing the disease (November 9)