In Bulgaria’s Bacho Kiro cave, which was already known to have housed Neanderthals more than 50,000 years ago, researchers have discovered the remains of ancient humans that date to about 46,000–44,000 years ago, according to a study published yesterday (May 11) in Nature. These fossils—a molar and six pieces of bone—are older than any previously analyzed fossils of Homo sapiens, which were from individuals who lived around 45,000 to 41,500 years ago, Science News reports.

The discoveries in the cave also provide evidence that modern humans overlapped with Neanderthals, who didn’t disappear from the region until about 40,000 years ago, according to Science.

“In my view, this is the oldest and strongest published evidence for an IUP (Initial Upper Palaeolithic) presence of H. sapiens in Europe, several millennia before the Neanderthals disappeared,” Chris Stringer, a research leader for human evolution at the Natural History Museum in London who was not involved in the work, tells the BBC. 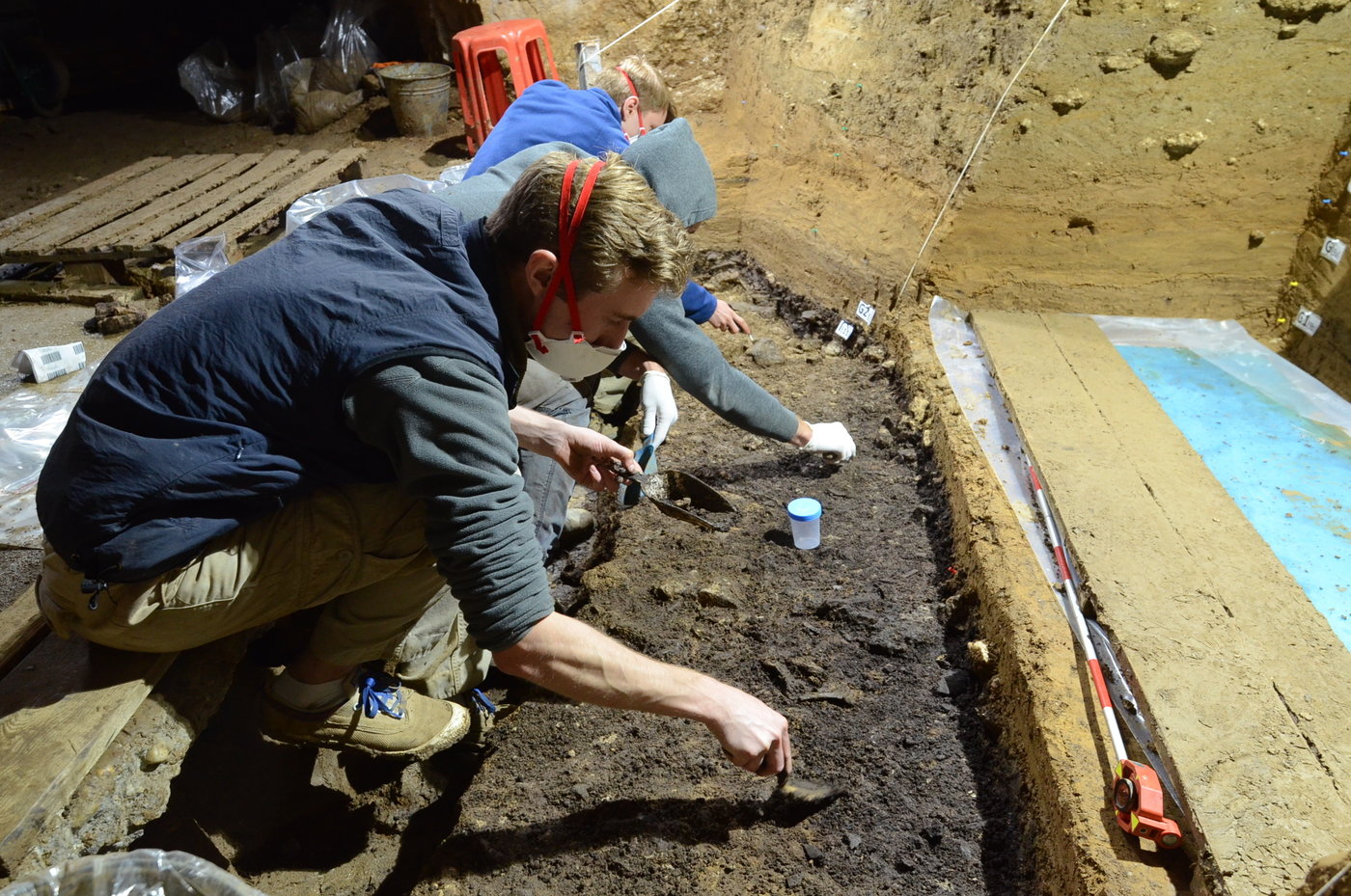 Study coauthor Jean-Jacques Hublin, a paleoanthropologist at the Max Planck Institute for Evolutionary Anthropology in Leipzig, Germany, says that humans and Neanderthals may have coexisted in the region for as long as 8,000 years. “It gives a lot of time for these groups to interact biologically and also culturally and behaviourally,” he tells The Guardian.

Hublin and colleagues determined the fossils were human by analyzing proteins and DNA extracted from them. The remains were found alongside animal bones and stone artifacts that dated to a similar time period, according to a separate study published in Nature Ecology & Evolution yesterday by Hublin and other colleagues, suggesting the ancient Homo sapiens carved up bison, deer, cave bears, goats, and wild horses.

Hublin and his colleagues also found ivory beads and bear teeth pendants, they reported in their Nature paper, leading them to propose that perhaps these individuals inspired Neanderthals to make similar ornaments a few thousand years later. “The Bacho Kiro cave provides evidence that pioneer groups of Homo sapiens brought new behaviors into Europe and interacted with local Neandertals,” Hublin tells Science News. Others aren’t convinced. Stringer notes that Neanderthals are thought to have made ornaments with eagle talons much earlier—around 130,000 years ago.