Neanderthals were making their mark on caves long before modern humans came to Europe. A paper published Monday (August 2) in PNAS confirms that red ochre markings on structures inside the famed Cueva de Ardales in Málaga, Spain were created intentionally and were not naturally occurring as some thought.

In the caves, stalagmites—formations that are made from the buildup of minerals as water drips in caves—were found to be streaked with red. When the caves were discovered, there was some debate over whether the discoloration came from a natural source, such as oxidized iron, or if the Neanderthals that lived in them were more intelligent than they had been given credit for and made the marks deliberately. 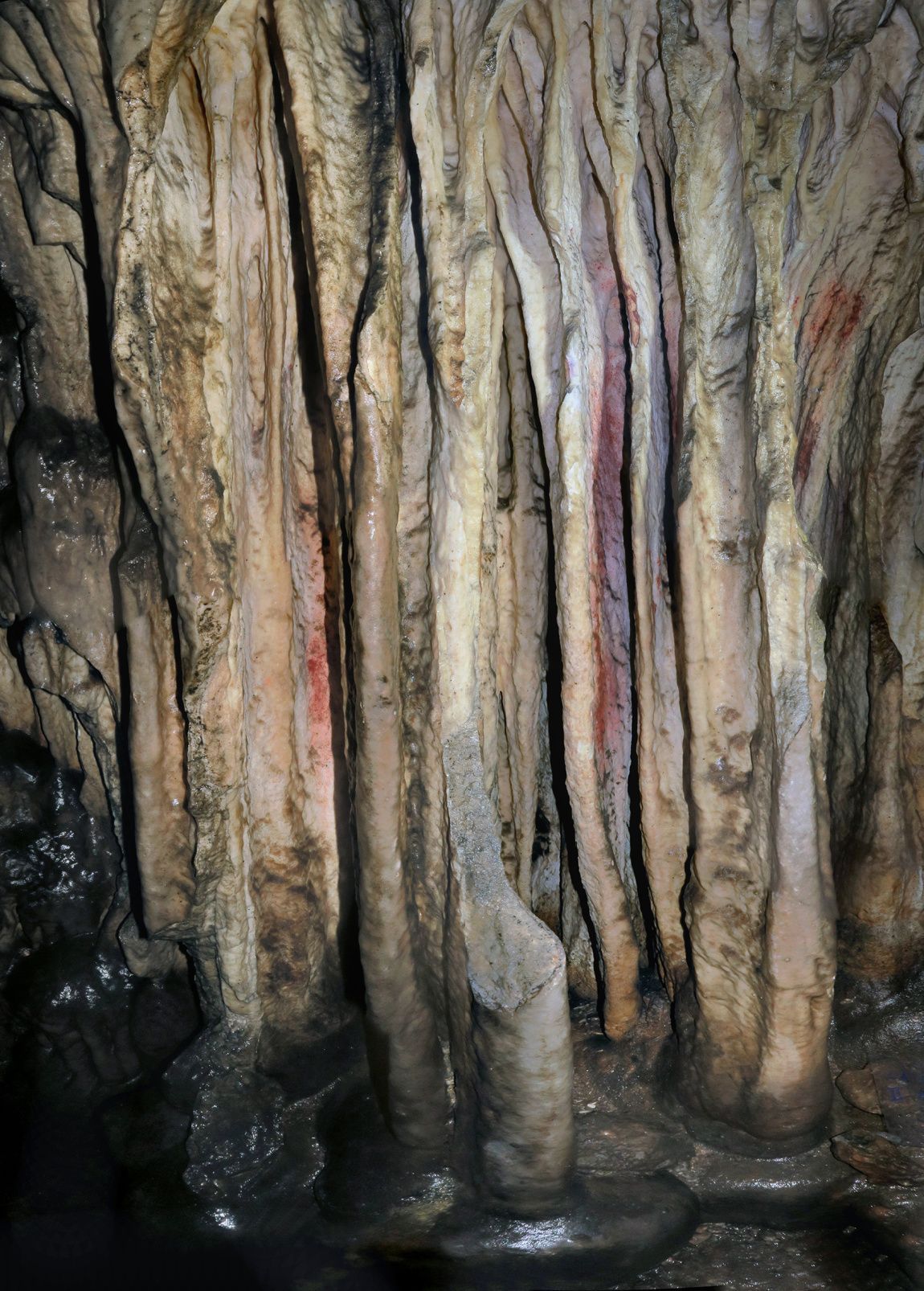 According to the study, the color couldn’t have appeared on the rocks through any natural process. Microscopic analyses found no evidence for a microbial origin. Furthermore, when the researchers compared samples from the stains to iron-rich materials elsewhere in the cave using scanning electron microscopy and X-ray diffraction, they didn’t find a match. They concluded that the pigment had to have been brought in from elsewhere. That means the colorful substance must have been “collected, transported and prepared in advance of entering the cave, implying deliberation and planning,” study co-author João Zilhão of the University of Barcelona and the University of Lisbon tells CNN.

Moreover, the researchers noted that based on the shape and location of the marks, they couldn’t have been made accidentally. Instead, the color must have been applied by splattering or blowing pigment onto the surface.

It’s not clear what the markings meant, if anything, but the age of the marks raises questions about their makers’ intentions. While some of the oldest markings were dated to 65,000 years ago, others were as recent as 45,000 years old. The great span of time between markings “supports the hypothesis that the Neanderthals came on several occasions, over several thousand years, to mark the cave with pigments,” coauthor Francesco d’Errico of the University of Bordeaux tells Agence France-Presse—which suggests the markings or the structures they’re on had symbolic meaning to them.

While the marks aren’t necessarily considered “art,” the fact that Neanderthals were engaging in symbolic behavior gives researchers new insights into how our late cousins lived their lives, and challenges long-held assumptions about the nature of their cognitive abilities.