ABOVE: DALE OMORI, COURTESY OF THE CLEVELAND MUSEUM OF NATURAL HISTORY

A rare discovery of an ancient hominin skull could lead researchers to redraw the human family tree.

Archeologists found the 3.8-million-year-old skull in Ethiopia and they say it’s from the species Australopithecus anamensis, long thought to be a predecessor of Lucy—A. afarensis. A feature of the newly discovered skull, however, suggests that the two species might have lived contemporaneously for at least 100,000 years in what is now Eastern Africa, according to two papers published today (August 28) in Nature. 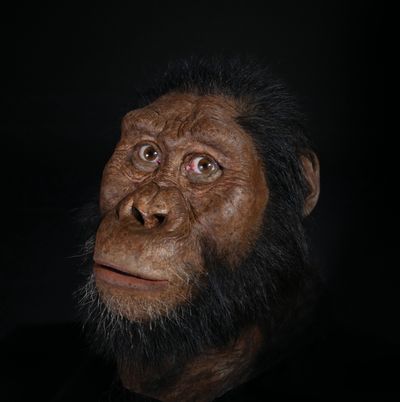 Facial reconstruction of A. anamensis
COurtesy of Cleveland museum of natural history

“I have no doubt that this specimen will become one of the iconic specimens in early human evolution,” David Strait, a paleoanthropologist at Washington University in St. Louis who was not involved in the work, tells The Washington Post. The team’s assessment that...

Not everyone is convinced by the team’s argument. Tim White, a paleoanthropologist at the University of California, Berkeley, tells The Post that the data could be interpreted differently and might only reveal that the Australopithecus genus was evolving at the time, 3 million to 4 million years ago, and not that the current human family tree is incorrect, though it’s been revised before. 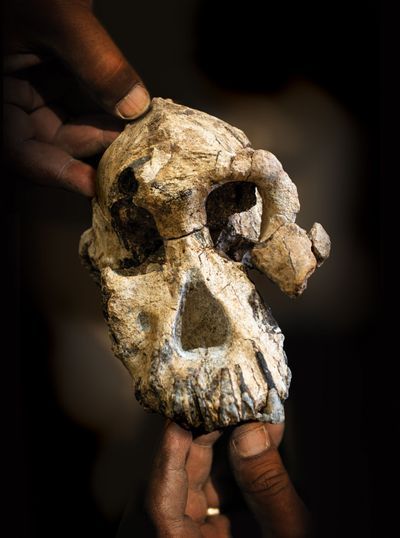 The differing interpretations are based on the width of the skull behind the eye sockets. The newly described skull is narrower in that feature than a previously discovered bone fragment that is 100,000 years older and thought to belong to the same species. But the difference in facial features suggest that the bone fragment is not from A. anamensis but rather A. afarensis, study coauthor Yohannes Haile-Selassie, an anthropologist at the Cleveland Museum of Natural History, tells Nature. If so, that could mean that A. afarensis evolved from an isolated population of hominins that lived at the same time as A. anamensis, according to The Post.

“That issue rests on the comparison of the new specimen with the single frontal” bone, William Kimbel, a paleoanthropologist at Arizona State University in Tempe not involved in the work, tells Science. “It’s difficult to make a strong argument because we have only the two specimens.”