Strung between a cluster of trees in a quiet nature reserve in Buffalo, New York, is a collection of large, metal pods. For now, they are quiet day and night, but the pods' architect, Joyce Hwang, hopes that in future twilights, they will be buzzing with the comings and goings of bats.

The network of pods was designed by Hwang, an assistant professor of architecture at the University at Buffalo, to be a bat habitat. She wanted the project to be striking as well as useful, to entice people to ask questions about bats. "Bats are very beneficial and helpful animals," says Hwang. "But we typically see them in things like horror movies, so they tend to have a bad rap."

The group of pods is called the "Bat Cloud," and it's Hwang's second experiment in urban bat habitat, the first being a "Bat Tower" installed in 2010 at the...

The Bat Cloud was designed to appear as a mass even though it's made up of individuals, just like a group of bats diving for insects in the late evening light. Hwang wanted the Bat Cloud pods to be practical as well as beautiful, and consulted with University of Buffalo biologist Katharina Dittmar throughout the design process to ensure the bats could make a real home out of the pods.

Each pod is constructed of stainless steel, with a roosting area in the upper portion and native plants in the lower, wider area. The plants were included to attract insects, and will also benefit from the bat droppings, fertilising the floating gardens.

While bats haven't yet moved into to the pods, which were installed in May, Hwang notes they are often slow to explore new habitats and hopes in the mean time that the Bat Cloud is raising some questions.

"These are meant to be projects that instigate a sense of curiosity, so anybody can walk up and think 'Hey, what's that?'" says Hwang. "Once they find out that someone actually made an effort to do something for bats, they might wonder, 'Why'?"

View a slidehow of the Bat Cloud design and construction. 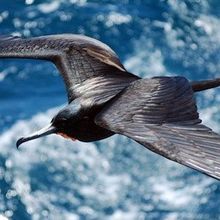 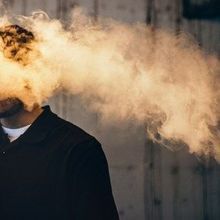