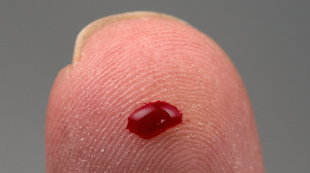 Last summer, infectious disease specialist Gregory Poland saw a patient at the Mayo Clinic in Rochester, Minnesota, who had a fever, a rash, kidney failure, and—despite seeing several doctors—no diagnosis. Only after talking with the patient for hours and digging into her medical and travel history could Poland generate a potential diagnosis. To test his theory, he had to send a serum sample to researchers at the US Centers for Disease Control and Prevention in Atlanta, who confirmed that his patient had chikungunya.

Situations like this, explained Poland, are not uncommon. “I can’t tell you how many times we don’t know what’s going on,” he said. When tests for all of the usual suspects come back negative, it’s difficult to know what to try next. On top of that, he added, some disease-causing agents are rare. “There are viruses that I know the name of, but...

Thanks to a method described today (June 4) in Science, it may be soon be possible to test patients for previous exposures to all human-tropic viruses at once. Virologist Stephen Elledge of Harvard Medical School and the Brigham and Women’s Hospital in Boston and his colleagues have built such a test, called “VirScan,” from a bacteriophage-based display system they developed in 2011. The scientists programmed each phage to expresses a unique viral peptide, collectively producing about 100 peptides from each of the 206 known human-tropic viral species.

The team combined the phage with serum collected from 569 donors in the U.S., Thailand, Peru, and South Africa, allowing antibodies in each sample to bind their target peptides. The researchers then isolated the antibody-peptide-phage complexes, and harvested and sequenced the DNA inside each. The sequences, which can be read millions at a time, represent peptides recognized by the antibodies, revealing which viruses a given donor’s immune system had previously seen.

“This is far beyond anything we’ve had before regarding the human antibody response to viruses,” said Kristine Wylie, a microbiologist at Washington University in St. Louis who was not involved in the work.

Scientists like Wylie have been cataloging viruses living in and on humans for years, typically by searching for viral DNA and RNA sequences in blood and tissues. “Healthy people carry a lot of viruses, asymptomatically,” she said. Knowledge of prior viral exposures can improve health care. For example, it’s good to know whether a patient about to start chemotherapy carries a latent virus that could resurge during treatment.

Detecting a virus by the presence of its genes, however, depends on the virus being present at high enough levels and in easily accessed fluids or tissues. Measuring antibodies produced in response to viruses makes it possible to detect an infection weeks or decades later using only blood serum. But this approach is typically limited to testing for antibodies against one virus at a time. According to Poland, testing for many viruses at once is currently too expensive and requires too much blood to be routinely feasible.

VirScan requires just one drop of blood and, for about $25, screens for antibodies against 206 viruses, covering 1,000 strains. Using the technique, Elledge’s team identified high rates of exposure to common viruses like Epstein–Barr virus (found in 87 percent of adult donors screened) and rhinovirus (found in around 70 percent), many of which Wylie said are consistent with the rates she and others have seen in asymptomatic adults.

Some viruses showed up at lower frequencies than expected. Influenza, for example, appeared to affect only 53 percent of the donors, and chickenpox, just 24 percent. Elledge noted that these apparently low rates may be the result of a potential limitation of the test: the 56 amino acid peptides used for VirScan may have been too short to attract antibodies that only bind longer spans of folded-up peptides called conformational epitopes. Despite this, the team detected antibody responses against 4,406 unique epitopes, most of which had not been recorded in the Immune Epitope Database.

Unexpectedly, each person sampled showed a strong response to just three or fewer peptides per virus, making those peptides immunodominant. Although immunodominant peptides don’t always make the best vaccines, Elledge noted they might still be useful for vaccine design. “You might be able to piggyback on pre-existing immune responses and use that to your advantage,” he said.

Improvements to VirScan—such as the inclusion of conformational epitopes and a reduction in cross-reactivity between viruses with similar proteins—are in the works, said Elledge. Going forward, the team would like to extend its approach to screen for other pathogens, like bacteria, and to use VirScan to look for correlations between viral infections and chronic conditions, such as autoimmune diseases.

Down the line, Poland sees a place for VirScan in the clinic. “They’ve made real progress in what could have been seen as a pipe dream,” he said. “If they can perfect this and move this forward, this changes everything.”