ABOVE: Two-dimensional scans of a tropical tent spider’s web are shown in different colors and combined to represent a 3-D image that was then translated into sound.
ISABELLE SU AND MARKUS BUEHLER

After building a web, spiders sit patiently, waiting for the movements of their prey to vibrate the silk strands beneath them like guitar strings. Seizing upon this analogy, researchers from MIT have introduced “Spider’s Canvas,” an algorithm that turns spiderweb vibrations into a digital stringed instrument. They presented their results on Monday (April 12) during the virtual spring meeting of the American Chemical Society.

“The spider lives in an environment of vibrating strings,” Markus Buehler, who presented the work, says in a press release. “They don’t see very well, so they sense their world through vibrations, which have different frequencies.” 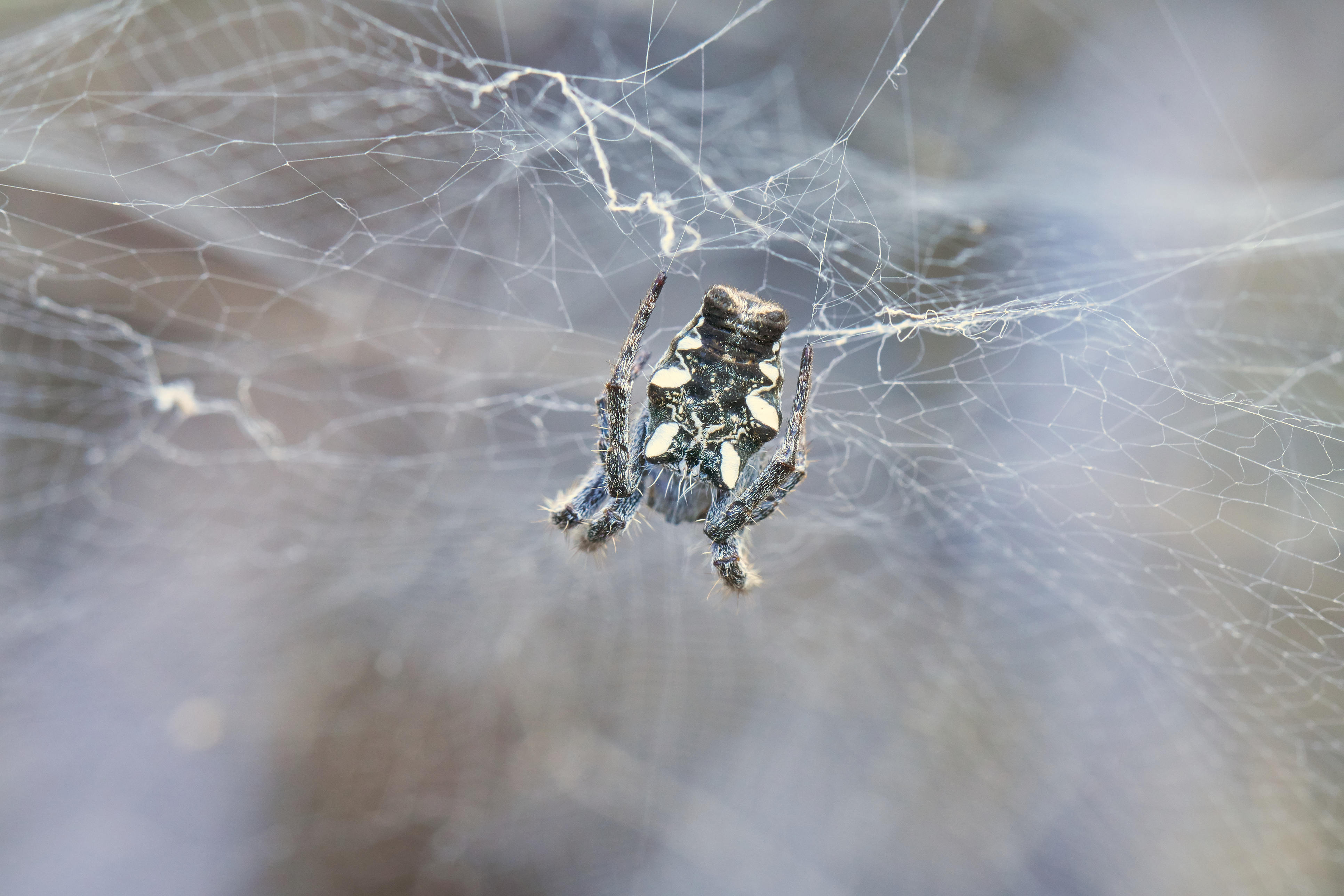 The research used webs from tropical tent-web spiders (Cyrtophora citricola), like the one seen above.
© ISTOCK.COM, IMV

The shape of each spider’s web is unique to the species. While some species create those iconic, spoked circles, other species weave webs in three dimensions in a variety of shapes. For this project, the researchers used Cyrtophora citricola, commonly known as the tropical tent-web spider, to create a 3-D, digital web. The central, densely woven portion of the web is peaked like a tent and is surrounded by a loosely connected scaffolding of silk.

In a box-like enclosure, a spider created its web. Once its work was completed, the researchers scanned the web with lasers, creating two-dimensional slices, which were then compiled into a 3-D image. They then used algorithms to analyze the frequencies of individual strings within the web and ultimately translated that to audible music—although that might be a liberal use of the word. Have a listen:

A spiderweb has been translated into “music.”
MARKUS BUEHLER

The 3-D models allowed the researchers to manipulate the virtual web, as might happen under different environmental circumstances. In other experiments, the team also made recordings of the web during different activities, such as while mating or weaving, giving an indication of what the spider experiences vibrationally. Over time, the researchers say, they will be able to better decode what information spiders receive through the movements on the web.

“Now we’re trying to generate synthetic signals to basically speak the language of the spider,” Buehler says. “If we expose them to certain patterns of rhythms or vibrations, can we affect what they do, and can we begin to communicate with them? Those are really exciting ideas.”

Listen to the sounds of a web under construction here: