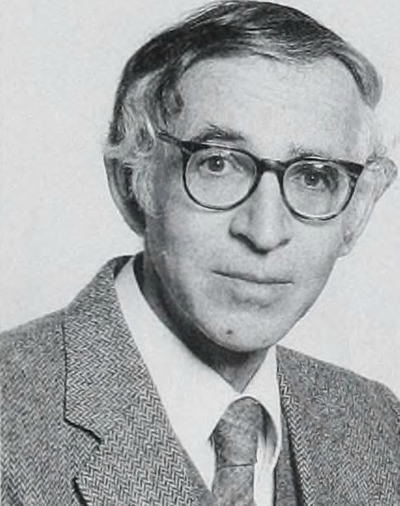 Aaron Klug, who won the Nobel Prize in Chemistry in 1982 for developing the technique of crystallographic electron microscopy and determining the structures of nucleic acid–protein complexes, died last Tuesday (November 20) at age 92, The Washington Post reports. His funeral is today (November 26), according to an obituary by the Medical Research Council Laboratory of Molecular Biology, where Klug spent much of his career.

“Aaron Klug was a towering giant of 20th century molecular biology who made fundamental contributions to the development of methods to decipher and thus understand complex biological structures,” Venki Ramakrishnan, president of Britain’s Royal Society, says in a statement.

Klug was born in Zelvas, Lithuania, in 1926 but his family, fleeing anti-semitism, moved to South Africa when he was two years old. In 1945, he received his undergraduate degree from the University of Witwatersrand in Johannesburg, where...

Klug went on to receive a master’s degree from the University of Cape Town, where he studied with X-ray crystallographer Reginald James and “developed a strong interest, broadly speaking, in the structure of matter, and how it was organised,” as he wrote in his Nobel biography.

With a recommendation from James, Klug headed to the UK, where he received a PhD in solid state physics at the University of Cambridge in 1952. Denied a visa to the US, where he was about to take a job, as The Guardian reports, he ended up working with X-ray crystallographer Rosalind Franklin at Birkbeck College, University of London, on the structure of tobacco mosaic virus. This was his introduction to the problem of visualizing nucleoprotein complexes.

These structures are too big for X-ray crystallography but too small for light microscopy, The Guardian reports. Electron microscopy could view such assemblies but, at the time, the resulting images were 2-D only. Klug’s innovation, developed in the 1960s at the Medical Research Council (MRC) Laboratory of Molecular Biology, was to translate 2-D electron micrographs taken from several angles into 3-D structures, a process called crystallographic electron microscopy.

“Aaron always said that curiosity was the most important quality for a scientist and that one had to live in interesting times,” neuroscientist Michel Goedert, who worked with Klug on the structure of the tau protein and its involvement in Alzheimer’s disease, says in the MRC tribute. Klug also worked on the structures of transfer RNAs and zinc fingers, proteins that coordinate zinc ions and often bind nucleic acids.

From 1986 to 1996, Klug served as director of the Laboratory of Molecular Biology. During that time, he negotiated with the MRC and the Wellcome Trust to open the Sanger Centre, now the Sanger Institute, where the genome of the nematode C. elegans was first sequenced (in collaboration with Washington University School of Medicine in St. Louis, Missouri) and where one-third of the International Human Genome Project was completed, according to The Guardian. He was knighted in 1988. From 1995 to 2000, he was president of the Royal Society.

Klug is survived by his wife and son Adam. His other son David died in 2000.