On March 22, leaders at the University of California issued a letter stating that they have reached an agreement to recognize a union of academic researchers at their campuses. They have agreed on which categories of employees would qualify for the union, including professional researchers who do not hold academic appointments.

The union came together as Academic Researchers United (ARU), in association with the United Auto Workers (UAW), reports STAT. ARU’s mission is to “improve the AR experience at UC and increase the political voice of researchers locally and nationally,” as stated on the ARU website. Academic researchers (AR) include staff with the titles of project scientist, specialist, professional researcher, and coordinator of public programs, totaling about 5,000 employees and representing a novel type of union that doesn’t include graduate students or postdocs, according to STAT.

At the center of the union’s mission is the treatment of staff scientists in comparison to academic faculty. “ARs have no say in how our careers are administered by the University, facing bureaucratic hurdles that restrict our applications for funding, mentoring of students, and obtaining health and other benefits,” states ARU. “Unlike faculty members, ARs must prepare grant proposals and perform university service on our own unpaid time.”

The UAW 5810, the local postdoc union for UC, has already worked to improve contracts and working conditions for postdocs at UC. The postdocs union passed its first contract with UC in 2010 and boasts more than 6,500 members. Collectively bargained benefits from the contracts include minimum salary and parental leave.

Collective bargaining between UC and the UAW for ARU is expected to begin in May 2019, according to a letter on the UC website. 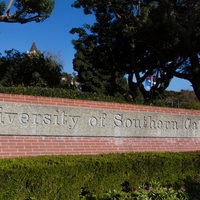