Irina Yehorchenko, a senior researcher at the Institute of Mathematics at National Academy of Sciences in Ukraine and a member of false-science, says the problem is that Ukrainian academics “do not understand what science is” or do not care.
Emil Filtenborg

Plagiarism, pseudoscience, bribes, and cheating. The threats to academia in Ukraine are many, according to false-science, a group of around 10 Ukrainian scientists dedicated to battling cheaters.

“Abroad, if you catch someone in a lie, there will be a catastrophe—a disaster,” says Victor Dosenko, a member of the group and head of the general and molecular pathophysiology department at the Ukrainian National Academy of Sciences (NAS). “In our country, however, cheating is not seen as a problem.”

Observing issues such as plagiarism even among top university staff, Dosenko felt obligated, like other members of false-science, to fight for Ukrainian academia. Before the 2014 revolution in Ukraine, it was difficult to criticize the system, he explains. The removal of the former Ukrainian President Viktor Yanukovych led not only to changes in politics but also to the liberation of Ukrainian academia. Suddenly, criticism of the academic system was allowed, and this openness led to the gradual creation of false-science.

According to Dosenko, around 90 percent of all science professors in Ukraine are not legitimate researchers. This is partly due to the high level of plagiarism, people paying others to do their work, and some students bribing teachers to let them graduate, he says.

The Ministry of Education and Science in Ukraine is introducing a new system that will create more control over universities’ ethics and potentially remove their right to award degrees.

In addition, some scientists graduate from questionable universities and do not submit their research for peer review. Dosenko points out that he has difficulties finding many scientists in his own medical field on PubMed. “Try to search for any professors or any dean or any directors of a medical university in Ukraine. You will not find anything. Why?” says Dosenko.

Dosenko admits his assessment of misconduct or subpar work in Ukrainian science is just an estimate, and hard data are hard to come by on the extent of the problems. The closest to any statistics are surveys of the educational sector in Ukraine.

In a study of undergraduate students in the Ukrainian city of Lviv, Elena Denisova-Schmidt, a  lecturer in Russian culture at the University of St. Gallen in Switzerland, and her coauthors found that 93 percent of students reported that they had plagiarized schoolwork and 48 percent said they had paid bribes at their university.

In 2018, a sampling of assignments from Ukrainian students found passages with similarity to other texts 33 percent of the time, according to Unicheck, a company that develops plagiarism detection software and shared its data with The Scientist. In an effort to clamp down on plagiarism, Unicheck recently offered its software for free to Ukrainian universities, but many did not respond or had no interest.

Scientific misconduct is a cultural problem

Denisova-Schmidt tells The Scientist that students’ practices in the university are indicative of academia as a whole in Ukraine, including scientific research. And academia in Ukraine is subject to the same corruption that runs rampant throughout the country, she adds.

According to Irina Yehorchenko, a senior researcher at the Institute of Mathematics at NAS in Ukraine and a member of false-science, the problem is that Ukrainian academics “do not understand what science is” or do not care. It creates a culture where a scientist is ready to take bribes to make ends meet on a low salary.

She points to the case of Kateryna Kyrylenko, a professor of philosophy at Kyiv National University of Culture and Arts, as an example of the problems. In 2016, false-science found plagiarism in around one-third of Kyrylenko’s dissertation, but despite this and an investigation by the Ukrainian Ministry of Education and Science, the ministry refused to withdraw her doctoral degree. Kyrylenko has denied all accusations and says that they partly emerged to apply political pressure on her husband, a former minister in Ukraine, according to her statement on the Ukrainian news site Pravda.

We can make a revolution overnight, but it is impossible for us to change the culture here overnight.

In an email to The Scientist, Kyrylenko writes that “I consider the information campaign launched against me as politically motivated” with a “biased and far from science analysis” of her work. She also argues that she did not plagiarize.

Yehorchenko describes another example, in which she was involved in a court case against Iurii Teslia, the former dean of the faculty of information technologies at Taras Shevchenko National University of Kyiv who now works as vice-rector at the National Aviation University in Kyiv. Teslia sued Yehorchenko because she called his work pseudoscience. He does not see gravity as a force of attraction between objects, Yehorchenko says, and he concludes that objects inform each other about their existence, making them change behavior.

Teslia has defended his integrity as a scientist but the Kyiv Court of Appeal declined his claims against Yehorchenko and he did not appeal to the Supreme Court. In an email to The Scientist, Teslia says that he does not deny the works of Einstein or Newton, but instead bases his work, where he tries to build a world similar to ours in computer science, on their findings.

“Objects in my model really ‘inform’ each other due to gravity, electromagnetism, strong and weak nuclear interactions. But this was known before me,” he writes. “What is new in theory is that objects change their movement by receiving information through the named fields.”

Pavlo Kutuev, the chair of the sociology department at Igor Sikorsky Kyiv Polytechnic Institute, says the problems in Ukrainian academia are influenced by underfunding and lots of bureaucracy. Furthermore, the Soviet Union made it difficult to conduct independent studies in humanities because of ideological control, he explains. He has participated in committees to both award degrees and develop guidelines to prevent issues in Ukrainian academia. He has observed a culture in which some argue that a person should receive a degree because he or she “is a nice fellow” or because the person “supports the university or is well connected,” Kutuev says.

Alexander Gabovich, a physicist at the Institute of Physics at the NAS in Kyiv, tells The Scientist he has encountered similar sentiments in physics, though he points out that the attitude is more common in the humanities.

Denisova-Schmidt calls this not only a Ukrainian problem but an issue for all of the post-Soviet countries. According to her, low pay and a culture where higher education is necessary to even get most jobs are part of the problem. For example, she points out that the challenges are substantial in medical science because doctors are expected to have a PhD, but rarely have time to do one.

All these problems mean that Ukrainian scientists receive a bad reputation abroad.

“It is very insulting because there are very good scholars . . . but their working conditions are not very good,” Denisova-Schmidt says.

Serhiy Kvit, a former minister of education and science in Ukraine, acknowledges that Ukraine faces a number of problems in both the educational and scientific sphere. He is currently head of the National Agency for Higher Education Quality Assurance under the Ministry of Education and Science in Ukraine, and he tells The Scientist he believes the country is on the right track to deal with the issues of plagiarism, bribery, and cheating.

He points out that his agency is introducing a new system, taking effect now, that will create more control over universities’ ethics and potentially remove their right to award degrees. Under the new rules, his agency will grant universities the right to award degrees, which also means that the agency has the right to revoke this privilege. In theory, this could prohibit a university from graduating students if the school doesn’t adhere to the agency’s standards, such as in cases of plagiarism or other types of cheating, Kvit explains.

“We can make a revolution overnight, but it is impossible for us to change the culture here overnight,” he points out.

“Within this reform, we think of introducing transparent competition among faculty members, and as a result those who will work hard and show better results, based on evaluation, will have higher salary and those who will lag behind based on those evaluations will have either smaller salaries or will be fired, which is very unpopular here,” deputy minister Yegor Stadny tells The Scientist. “I realize that, but this is one of ways how we can increase salaries for those who really deserve that. I think that in around two years some universities will have some good examples.” 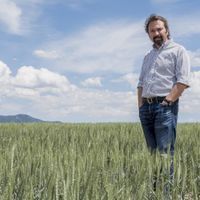 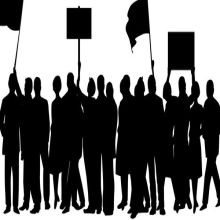