ABOVE: Newborn neurons in a mouse hippocampus
© ISTOCK.COM, IBREAKSTOCK

In the hippocampus of the adult mouse brain, newly formed cells that become activated by a learning experience are later reactivated in the REM phase of sleep, according to a study in Neuron today (June 4). The authors show this reactivation is necessary for fortifying the encoding of the memory.

“It is a very cool paper,” writes neuroscientist Sheena Josselyn of the University of Toronto in an email to The Scientist. “This is the first study to causally link new neurons to sleep-dependent memory consolidation. I am sure it will have a broad impact on scientists studying memory, sleep as well as those interested in adult neurogenesis,” she says. Josselyn was not involved in the study.

In the adult mammalian brain, most cells do not replicate. But, deep in the center of the organ, in a particular region of the hippocampus called the dentate gyrus, new neurons continue to be born at a slow rate throughout the lifetime of the animal. This neurogenesis is thought to be important for memory formation among other cognitive tasks. Indeed, if the activities of mouse adult-born neurons (ABNs) are perturbed during a learning experience, the animal will not memorize the event as effectively as it does when these cells are left alone.

Learning is just one part of forming a memory, however. For memories to last, sleep, and in particular REM sleep, is essential. “Sleep deprivation generally decreases neurogenesis,” writes neuroscientist Masanori Sakaguchi of the International Institute for Integrative Sleep Medicine at the University of Tsukuba in an email to The Scientist. The question was, says Sakaguchi, “is there any function of adult-born neurons during sleep?”

To find out, Sakaguchi’s team first examined the activity of mouse ABNs after a learning experience—a contextual fear conditioning in which the animals’ feet were shocked as they explored a particular cage—and during subsequent sleep. Using miniaturized microscopes attached to the skulls of freely moving mice and fluorescent markers to track ABN activities, the team showed that the ABNs that had been activated after the context-shock learning event were more likely to then be reactivated during the animals’ next REM phases of sleep.

REM sleep, which in humans is when we dream, lasts only a minute or so in mice and is pinpointed using electrophysiological and muscle tone measures. While it is not known whether mice dream, this reactivation of learning-associated ABNs “suggests the activity could be a part of memory replay,” writes Sakaguchi.

Next, the team optogenetically stimulated or inhibited ABN activity in the brains of mice that had experienced the shock as the animals slept. They showed that such ABN modulation during REM sleep caused the animals to forget their fears—they froze less often than mice whose ABNs were unperturbed when returned to the cage associated with the shock. The animals’ sleeping brain wave patterns themselves were unaffected by the optogenetic treatment, suggesting memory impairment was not simply a result of interrupted sleep. 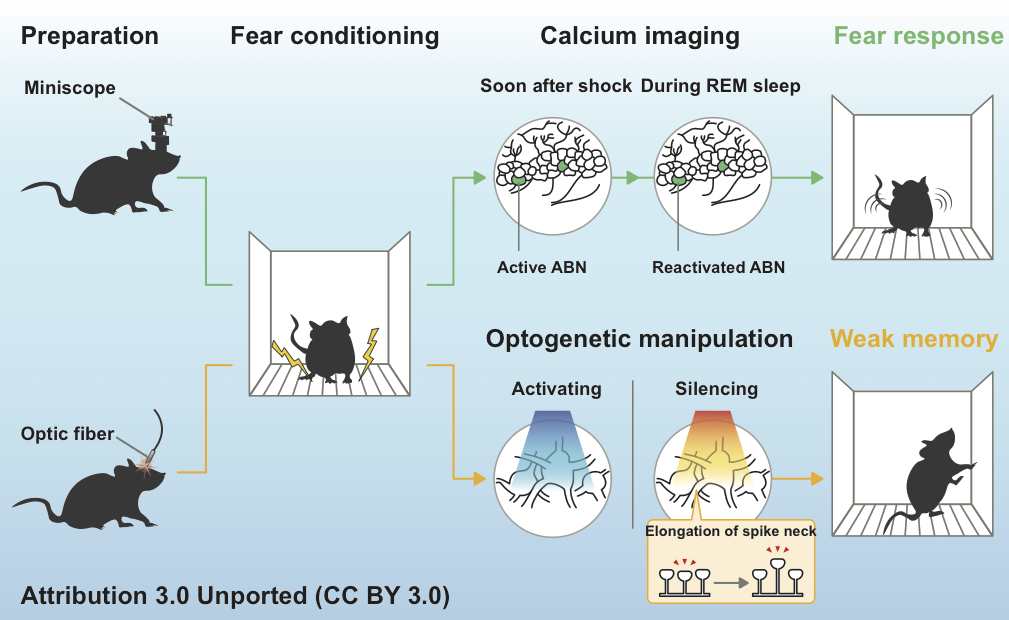 Whether the ABNs were stimulated or inhibited, the memory impairment was similar. That’s because both result in perturbations of these neurons, says neuroscientist György Buzsáki of NYU School of Medicine who was not involved in the work.

Indeed, previous research by René Hen of Columbia University and colleagues had also shown that optogenetic stimulation or inhibition of ABNs during learning impaired mice’s memories. “It was clear that ABNs played a role in memory formation,” says Hen, who was not part of the research team, “but this is really the first time that somebody implicates them during REM sleep.”

Sakaguchi and colleagues’ next plan is to “clarify the mechanisms of how the ABNs integrate into existing memory circuits when encoding new memories,” he writes, so that the knowledge can be “applied to developing new therapies” for memory disorders.

Assuming the findings can be validated and that they are generalizable to other types of memories—not just fear conditioning— “I’m sure [they] will apply to humans,” says Buzsáki. After all, he says, the hippocampus and dentate gyrus are “very ancient structures,” and many of their mechanisms are well conserved. 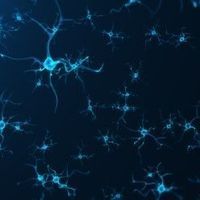 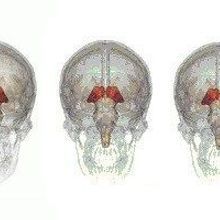 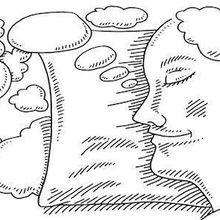