Modern Africans have an average of 17 megabases of Neanderthal DNA in their genomes, according to an analysis published today (January 30) in Cell. While that’s still quite a bit less than the 50-plus megabases of Neanderthal DNA found in the genomes of modern Eurasians, it’s more than some scientists expected—and quite a bit more than the zero assumed by the statistical methods that have been used to identify Neanderthal ancestry in modern human genomes.

“We always knew that there was some Neanderthal DNA in Africans,” says Janet Kelso, a computational biologist at the Max Planck Institute for Evolutionary Anthropology who was not involved in the study. “What’s surprising here is the amount. It’s actually a larger proportion than I think people had imagined.”

Tony Capra, an evolutionary geneticist at Vanderbilt University who also did not participate in the research, concurs. “I wouldn’t have expected it to be quite so much.”

By finding Neanderthal ancestry in Africans, it provided additional insight into this process of how populations have been moving in and out of Africa for a really long time.

But doing so was apparently a greater oversimplification than they realized. Modern humans who migrated from Europe back to Africa brought some Neanderthal DNA with them—apparently a substantial amount, according to the new study.

To search modern human genomes for Neanderthal ancestry without making such an assumption, Princeton University evolutionary biologist Joshua Akey and his colleagues developed a statistical technique that allowed them to forgo the use of an African reference genome. Instead, they relied simply on comparing the 2,504 genomes from the 1000 Genomes Project to the reference Neanderthal genome. The analysis found that African individuals had an average of 17 megabases (Mb) of Neanderthal sequence—about one-third the quantity of Neanderthal DNA found in people of Eurasian descent.

The African genomes even contained some stretches of Neanderthal DNA that weren’t found in Eurasian genomes, and Neanderthal sequences that were found in much higher frequencies. The new method also revealed variants that differed in frequency between European and Asian populations. “There’s going to be a lot of interesting work that digs into” those sequences that vary between modern populations, says Capra.

“It adds to this nice set of methods that have emerged for screening for Neanderthal and Denisovan DNA in different ways in different genomes, and making different assumptions about population history,” says Kelso.

It adds to this nice set of methods that have emerged for screening for Neanderthal and Denisovan DNA [that make] different assumptions about population history.

Akey and his colleagues “have laid the groundwork” for analyzing Neanderthal DNA in modern African genomes, adds Kelso’s former postdoc Michael Dannemann, a computational biologist at the University of Tartu in Estonia who was not involved in the new study. “They have applied a method that actually gives us something we can look at and start from there.”

“In many ways, the way we conceptualize human history is always sort of an oversimplification,” Akey says. “Although it’s true that most non-Africans trace their ancestry to [a single out-of-Africa event], that doesn’t mean that was the only time that humans were leaving Africa. . . . By finding Neanderthal ancestry in Africans, it provided additional insight into this process of how populations have been moving in and out of Africa for a really long time.” 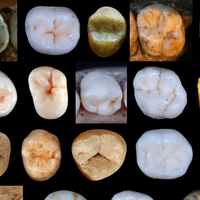 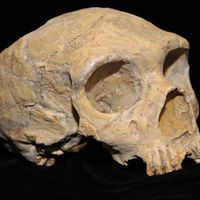