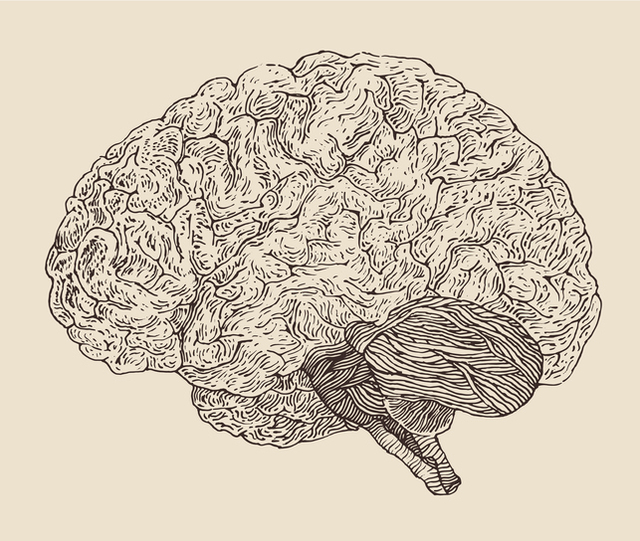 ISTOCK, THEDAFKISHWhile granting human species some advantages over our primate cousins, recent genomic adaptations appear to have come at a cost. Research published last week (May 23) in Cell Systems proposes that an evolutionary tradeoff, advantageous in early life, contributes to Alzheimer’s and possibly other aging-related diseases.

“I find the idea that genes that have been involved in the development of the human brain and in making the human brain different from the brains of great apes might also be genes that have the byproduct of raising the risk of Alzheimer’s is one of those ironic twists that seem to be pretty common in evolutionary biology,” says evolutionary biologist Stephen Stearns of Yale University who was not involved in this research.

See “Genetic Adaptation to Cold Brought Migraines With It”

In 1957, evolutionary biologist George Williams proposed a theory: adaptations that made species more fit in...

Han Liang of the University of Texas MD Anderson Cancer Center led a team to test this theory. The researchers started by focusing on enhancers, pieces of DNA with the ability to boost the activities of certain genes, and therefore, the levels of resulting proteins. Previous research had identified enhancers as key to as key to human evolution after diverging from the last common ancestor with chimpanzees. Using FANTOM, an annotated database with information on expression levels of human-specific enhancers, Liang’s group compared human data with that of primates to find the fastest evolving enhancers. Comparisons with primates including chimpanzee, gorilla, orangutan, and macaque genomes revealed 93 such enhancers expressed within neurons and neuronal stem cells that had evolved rapidly in humans.

Liang’s group found that genes lying close to these enhancers, and therefore possibly under their control, were important for brain development. It is plausible that the enhancers were positively selected for during evolution because of their effects on these brain-related genes. However, they also found evidence of proximal associations between the enhancers and genes implicated in Alzheimer’s, Parkinson’s disease, type 2 diabetes, hypertension, and osteoporosis. According to Williams’s theory, these aging-related diseases would manifest later in life and would go unnoticed during the Darwinian selection process because of the advantage they bestowed in the early years. “Because this happened after reproduction, selection will not see those kinds of change,” says Liang.

“I think some of this evidence is correlative,” and the associations between the enhancers and aging-related diseases is not definitive evidence of cause-and-effect, says João Pedro de Magalhães, who studies aging at the University of Liverpool in the U.K., and was not involved in this research. However, he agrees that patterns are emerging from Liang’s data that imply that “something is indeed going on.”

In order to see if there is indeed a functional connection between the enhancers and aging-related diseases, Liang’s team used The Cancer Genome Atlas and GTEx, both large databases, to draw up gene maps highlighting all the genes coexpressed with each enhancer. The researchers targeted one such enhancer associated with brain development and also with genes known to be linked to brain diseases. When Liang’s group used CRISPR to delete the enhancer in human cell lines, protein abundance from its related genes fell. Importantly, some of these genes are usually suppressed by a gene called REST, which keeps Alzheimer’s at bay. However, in the presence of the functional enhancer, these genes are boosted. Thus, while this enhancer may be important for brain development, it seemingly opposes REST’s protective function against Alzheimer’s.

Randolph Nesse, who conducts research to understand the evolutionary origins of diseases at Arizona State University, describes the study as “a wonderful example about how evolutionary thinking and medicine is coming together with advances in genomics to open up a whole new area.”