For the first time, ultra-fine particles produced by burning fuel have been linked to the development of malignant brain tumors, according to a study published in Epidemiology on November 6. Previous research showed that these combustion-related nanoparticles can reach the human brain when inhaled.

Scientists led by Scott Weichenthal, an epidemiologist at McGill University, analyzed the medical records and air pollution exposure of 1.9 million adults in Toronto and Montreal. They found that an air pollution increase of 10,000 nanoparticles per cubic centimeter may lead to one extra case of brain cancer for every 100,000 people exposed. The increase is comparable to moving from a quiet city street to a busy one, according to The Guardian.

The researchers measured malignant neoplasms in the brain, a category that includes glioblastoma, the most common form of brain cancer, affecting roughly three out of every 100,000 people in the US.

“Environmental risks like air pollution are not large in magnitude—their importance comes because everyone in the population is exposed. So when you multiply these small risks by lots of people, all of sudden there can be lots of cases,” Weichenthal tells the Guardian.

“This is an important finding, given that ultra-fine particles are directly emitted by combustion cars and several studies in animals have shown ultra-fine particles could be more toxic than larger particles,” Jordi Sunyer, a neurodevelopmental researcher at the Barcelona Institute for Global Health in Spain who was not involved in the study, tells the Guardian.

The study’s findings are particularly relevant in the midst of a series of global air pollution crises. Air pollution in Afghanistan’s capital city Kabul may be causing more deaths than war, according to the Associated Press. And in New Delhi, India’s capital, ongoing severe air pollution eight times higher than the recommended maximum limit is being linked to breathing problems and other adverse health effects, the AP reports. 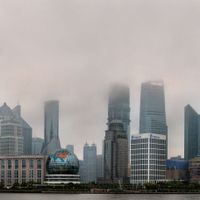