An Alzheimer’s drug slows the rate of cognitive decline while reducing the amount of plaques in patients’ brains, according to the results of a clinical trial reported yesterday (June 25) at the Alzheimer’s Association International Conference in Chicago. Compared to participants on a placebo, those who received the highest dose of the injected medicine had a 30 percent slower progression in symptoms.

“If you could really slow decline by 30 percent for people who are still normal or very mildly impaired, that would be clinically important,” Reisa Sperling, director of the Center for Alzheimer Research and Treatment at Brigham and Women’s Hospital in Boston who was not involved in the study, tells The New York Times.

The study included more than 800 people with mild cognitive decline, and 161 received the highest of five doses, injected twice weekly for 18 months. The medicine, a monoclonal antibody called BAN2401, targets amyloid in the brain. Four out of five on the highest dose went from having amyloid levels associated with dementia to levels below the pathologic threshold.

Despite excitement from the Alzheimer’s field over the results, investors were discouraged. At lower doses of the drug, patients’ performance was no better than placebo, and shares of the drug’s maker, Eisai, dropped by as much as 21 percent yesterday, Reuters reports.

STAT News notes that the cognitive test used in the trial has never formed the basis of a drug approval by the US Food and Drug Administration.

“I’ll remain cautiously optimistic,” Ronald Petersen, director of Mayo Clinic Alzheimer’s Disease Research Center who consults for Eisai’s partner Biogen, tells STAT. “I think the data are intriguing. The effect sizes sound reasonable, the drug seems safe, and on the biological side of it, the drug seems to be working.” 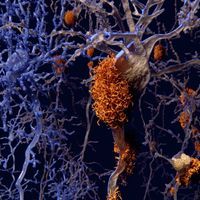