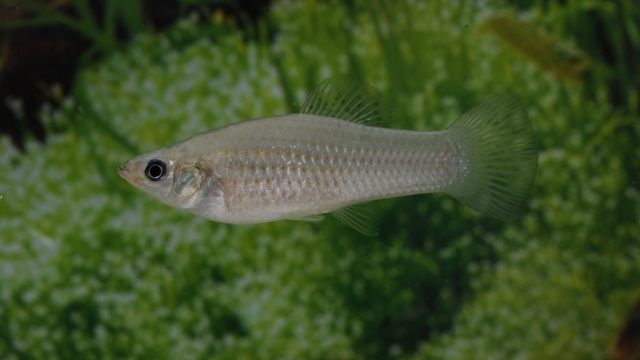 The Amazon molly (Poecilia formosa) is a species of freshwater fish native to Mexico and the southwestern United States. The fish—like their namesake, the mythical Amazonian warriors—are all female. They reproduce asexually, a process long thought to be detrimental to a species’s long-term survival. But new findings, published Monday (February 12) in Nature Ecology & Evolution, reveal that the molly’s genome is surprisingly robust.

“The genetic health of this asexual vertebrate is surprising given the accumulation of genomic damage that is expected to follow from asexual reproduction,” wrote Pedram Samani of the Georgia Institute of Technology and Max Reuter of University College London in an accompanying editorial. “The main finding of the paper is that the species is in remarkably good genomic health.” Samani and Reuter were not involved in the study.

Evolutionary theory predicts that asexually reproducing species would be up against several disadvantages, such as a build-up of irreversible deleterious mutations. Selection should be more effective “with sex than without,” the researchers write.

But when the researchers compared the genome of the Amazon molly to two similar species (P. latipinna and P. Mexicana), they were surprised to find the molly had “unique genetic variability” and that it was still evolving. “Unexpectedly, we found no widespread signs of genomic decay,” the researchers write. Instead, they discovered substantial genetic variation within the clonal population. The mollies also appeared to retain genes involved in functions that females don’t need, such as spermatogenesis.

Perhaps most strikingly, they found that the Amazon molly also has astronomical levels of genetic diversity within its genome, also known as heterozygosity. Believed to be a hybrid species from distantly related Atlantic mollies and Sailfin mollies, the Amazon molly’s heterozygosity is 10 times that of its sexually reproducing parental species. “These characteristics seem to be a principal reason for the unpredicted fitness of this asexual vertebrate,” the researchers write. Their analysis “may change our view on asexual organisms that practice gynogenesis.”