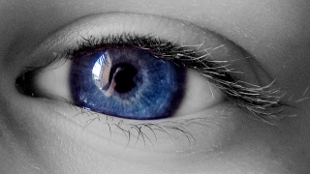 Dry age-related macular degeneration (AMD), an as-yet untreatable eye disease that causes blindness in older adults, made headlines last year when Massachusetts-based biotech Advanced Cell Technology launched a human embryonic stem cell (hESC) trial for the disease, marking only the third hESC trial approved by the US Food and Drug Administration. Now, two new trials are set to get underway—one also using hESCs and another that is turning to induced pluripotent stem cells (iPSCs), derived from adult skin cells. In addition to the hope the trials provide to the 10 or 15 percent of people older than 65 years affected by dry AMD, the parallel trials should allow scientists to compare the medical potential of the two stem cell types.

“The problem with [human] embryonic stem cells is that they’re so primitive that, when you induce them to differentiate, they can develop into teratomas, developmental tumors,” says Suzanne...

AMD is caused by damaged photoreceptors in the retina. The disease’s origin, however, is not the visual cells themselves; rather, a protective layer with the thickness of a single layer of cells, called the retinal pigment epithelium (RPE), ages and begins to disintegrate. This causes the overlying visual cells and underlying blood vessels susceptible to damage from the loss of nutrient regulation and dampened immune response in the retina.

The disease comes in two forms—the more severe, faster developing wet AMD, which recently made news as pharmaceutical companies argued over the best and cheapest drug to treat it, and the slower, progressive form, dry AMD. But although the dry form afflicts 90 percent of people with AMD, there currently is no treatment. “The only things that seem to be proven [to treat dry AMD]—and only mildly so—are dietary antioxidant supplements,” said Carl Sheridan, an ocular cell biologist at the University of Liverpool who is not involved in the trials. “Most of the treatments have been geared towards the wet form because it’s the severest form of the disease.”

But three stem cell trials, each of which target the dry form, are looking to change that. Dry AMD is prime territory for stem cell therapy because the best way to treat the disease is to completely replace the RPE—although this is no small feat. In the 1980s, researchers tried to inject replacement cells into the eye, but the treatment failed because replacing a few cells was not enough, explained Sheridan. “The membrane that they wanted the cells to attach to was also diseased, so short term success gave way to failure.”

To get around this problem, Masayo Takahashi, an opthamalogist at Japan’s RIKEN center, and her colleagues have developed RPE cells in culture from skin cells, first de-differentiating the cells into iPSCs and inducing differentiation into the retinal cell line. The researchers plan to coax the iPSC-derived RPE cells to form a thin cellular sheet that is injected under the retina to replace the entire RPE in one go. The researchers have done this successfully in more than 100 mice without tumor formation, and safety trials in AMD patients are expected to begin within three years. Similarly, Advanced Cell Technology treated its first patients this past July, injecting RPE cells derived from hESCs under the retina as a “suspension of dissociated cells,” Robert Lanza, the chief scientific officer at Advanced Cell Technology, wrote to The Scientist in an email. And in a trial slated to begin next year, researchers at The London Project to Cure Blindness, led by stem cell biologist Pete Coffey, director of the Center for the Study of Macular Degeneration at the University of California, Santa Barbara, will inject hESC-derived RPE sheets behind patients’ retinas.

Beyond the potential to identify successful dry AMD treatments, these trials offer another opportunity to the field: the chance to judge whether iPSCs or hESCs make a more promising therapy for applications elsewhere. A challenge of hESCs is that they are generated from cells foreign to the patient and thus could be rejected by the body, requiring immunosuppressant drugs. iPSCs, on the other hand, are derived from the patient’s own skin, which should help avoid such immunorejection problems. But some researchers turn those skin cells into iPSCs using lentiviral vectors, which carry reprogramming factors to induce the stem cell-like state, and the virus could very well spur an immune reaction of its own, said Ildstad. Even though the RIKEN study doesn't use lentiviral vectors to bring the cell back to a pluripotent state, recent studies suggest that immune rejection may still be a risk.

“Rejection will always be an issue,” said Sheridan. “And we’re talking about an aged population that doesn’t take to immunosuppressants very well.”

However, the nature of the retina may limit how much these trials can teach researchers about stem cell medicine in general. “The eye is considered an immune-privileged site, which means the chances of the cells being rejected are considerably reduced,” Lanza said. Additionally, thanks to the nature of the RPE, the chances that the cells—either iPSCs or hESCs—will grow out of control or cause tumors may be considerably less in the retina than other parts of the body, said Takahashi, who has yet to see any signs of cancer in her mouse experiments.

Though the results remain out, some scientists are ready to put down their money. Due to his reservations about hESC rejection, for example, Sheridan is betting on the iPSC route. “Depending on how the iPS cells are generated, I would say the iPS cells have a better chance of success,” he said. Ildstad, however, preferred to hedge her bets and wait for more research. “There’s been a lot of promising data, but so far I don’t think there’s been a home run,” she said. “Clinical trials are the only way to decide whether they work or not.”

Correction: This story has been updated from its original version to correctly reflect that Advanced Cell Technology and The London Project to Cure Blindness’s hESC trials for dry AMD involves the injection of hESC-derived RPE cells, not hESCs. The Scientist regrets the error.

Clarification: This story has been updated from its original version to clarify that the RIKEN iPSC trial does not involve the use of lentiviral vectors to reprogram fibroblasts into RPE cells.