If a tiny, flightless midge establishes itself on mainland Antarctica, it could unleash outsized changes on the continent’s biodiversity, researchers from the University of Birmingham and British Antarctic Survey warned today (December 19) at the annual meeting of the British Ecological Society. The scientists reached this conclusion by studying the midge’s biology and its transformation of peat moss banks on Signy Island, where it has become an invasive species, about 600 km from the Antarctic Peninsula.

“It’s a really exquisite study,” says Helen Roy, a community ecologist at Centre for Ecology and Hydrology in the UK, who was not part of the work. She notes that the researchers meticulously amassed evidence of the invasive midge’s impact, which can be extremely difficult to do in more complex ecosystems. “It’s really exciting to see that not only have they been tracking the spread of this midge, but they also have been looking at the changes it is evoking,” she adds.

Eretmoptera murphyi likely tagged along from South Georgia with a plant that was experimentally introduced to Signy Island in the 1960s. Since then, the population of this wingless, nonbiting fly has gone gangbusters on Signy, reaching an estimated biomass between two to five times greater than that of all the native arthropods combined.

“You can find it at densities of up to 150,000 larvae in a single meter squared, which is just bonkers,” says Jesamine Bartlett, a polar and alpine ecologist and PhD student at the University of Birmingham, who presented this work.

The insect could hitch a ride to Antarctica from researchers or tourists who stop over on Signy Island or other islands in the South Atlantic where the midge resides. It was once transported to the Antarctic continent in the treads of a truck, but was caught before it had the chance to spread.

The midge’s biology explains why it could easily take hold on the Antarctic continent. For one, it reproduces asexually, unlike other native midges of the Antarctic, meaning it would take only an individual to colonize a new site, theoretically. “It can just wake up whenever it likes and just get straight to it,” Bartlett says.

It also has a relatively long lifetime of up to two years. And the larvae are super tough—they can survive over a wide range of temperatures, for weeks trapped in ice, or even desiccated. These “pre-adaptations” mean it’s primed for success. “If it is given the chance to get there, most of the Antarctic peninsula is at risk,” Bartlett says.

The researchers compared areas where the midge took hold on Signy Island to places it was absent to investigate what the consequences of an Antarctic invasion might be. They observed that the midges decrease the depth of the moss banks, presumably by eating up the peat found there, and load the soil with nitrogen that is useful to plants. Bartlett likens the midge’s activity to earthworms that “eat dead organic matter and poo out fertilizer.” The scientists found that the total nitrogen contribution from these little flies was similar to that from an entire seal colony on Signy.

Because the Antarctic is so nutrient poor, the consequences of this nitrogen input could be massive, particularly for mosses, which Bartlett calls the “forests of Antarctica.” The nitrogen is likely to make the Antarctic soil more hospitable for vascular plants. There are currently only two on Antarctica, a type of grass and a flowering plant, but with added nutrients from the midge, the soil could also become more susceptible to new plant invaders.

“If [this midge] becomes an invasive species in the Antarctic . . . it could have devastating effects on the unique biodiversity of the Antarctic,” says Tamara Contador, a freshwater ecologist at the Universidad de Magallanes in Chile. Some moss species are only found in Antarctica, she says. Contador was not involved with this work, but she has collaborated with one of the study’s authors in researching a native Antarctic midge species.

Bartlett has found the midges only where people travel, suggesting they’re spread around as stowaways in mud caked on boots and truck tires. This means the responsibility falls on humans visiting Antarctica to take care not to spread the midge.

“Biosecurity worldwide is really important to make sure we’re careful of what we’re moving around the world. But we should pay particular attention when we’re going to a pristine system such as Antarctica,” Roy says.

“It’s kind of incredible to think. This is a tiny midge. It’s half a centimeter on a good day. Barely weighs a gram when its fully grown. But it is the largest terrestrial organism on Signy island,” says Bartlett.  If it gets to the Antarctic continent, it will be the largest there too, she says. 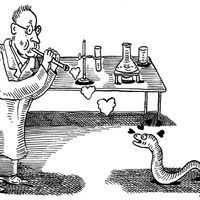 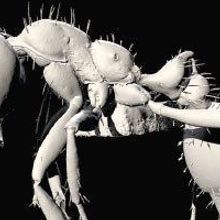 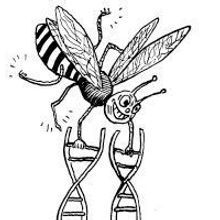