ABOVE: A wooden brazier at the excavation site
XINHUA WU

A chemical analysis of ancient pots found in China shows they contain cannabis residue, scientists report in a study published in Science Advances today (June 12). The wooden braziers with charred stones are from the Jirzankal Cemetery in the plateaus of northwestern China and date back about 2,500 years. They are thought to have been used during burial ceremonies and may represent some of the earliest evidence of ritualistic smoking or burning of cannabis.

The authors extracted organic material from the wooden brazier fragments and burned stones and analyzed it with gas chromatography-mass spectrometry. They report the presence of cannabinol (CBN) in the internal charred layer of one of the wooden pots. The psychoactive component in cannabis is tetrahydrocannabinol (THC), which decomposes and oxidizes into CBN when exposed to air, the authors write in their study. 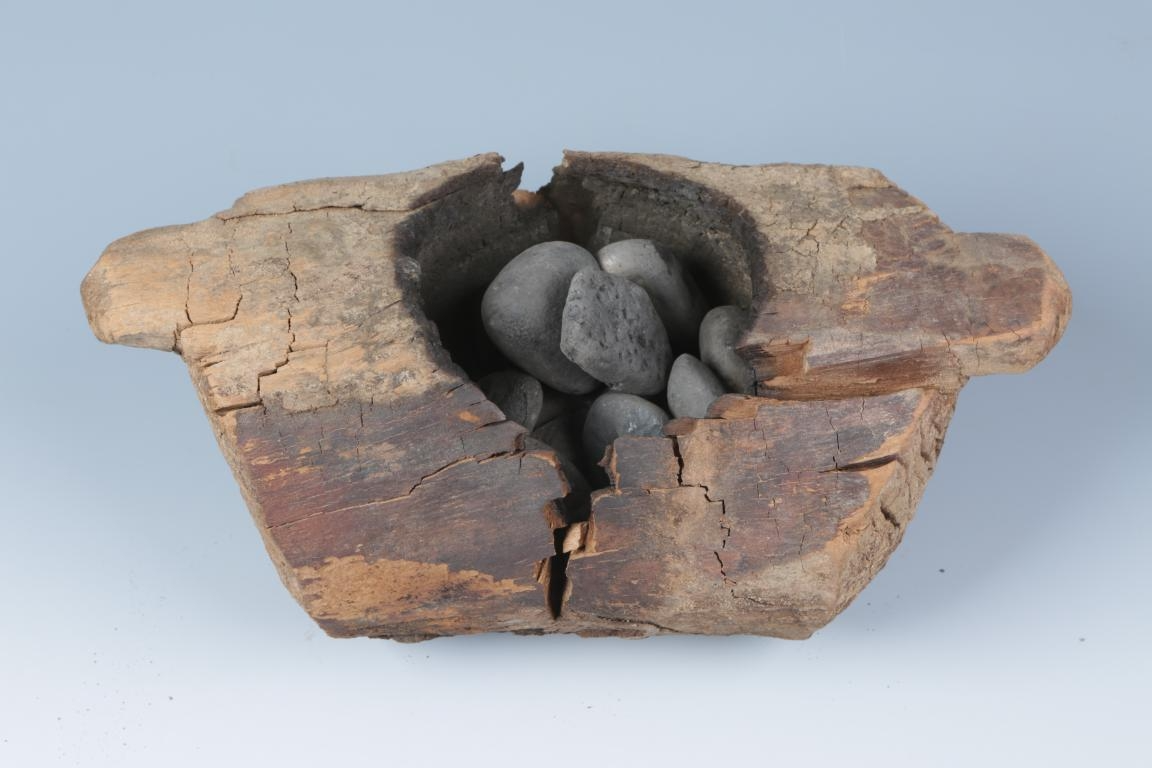 Cannabis was used as an oil-seed crop in ancient China. Early cultivated varieties of marijuana and most wild strains have low levels of THC and other cannabinoids, according to the authors. The residue found at Jirzankal Cemetery may have come from strains of cannabis with higher levels of THC. “Our study implies that knowledge of cannabis smoking and specific high-THC varieties of the cannabis plant were among the cultural traditions that spread along Silk Road exchange routes,” says coauthor Robert Spengler in a June 11 news conference, according to Science News.

“The methods are convincing, and the data are unambiguous regarding early use of cannabis as a psychoactive substance,” Tengwen Long of the University of Nottingham who was not involved with the study tells Science.

Cannabis drug use may have started even earlier in regions from Syria to China, and new analytical techniques like those used in this study may help provide evidence, Michael Frachetti of Washington University in St. Louis who was not involved in the work tells Science.

“This kind of evidence is rare due to there being few opportunities for long-term preservation of the remains of activities involving drug use—which is very ephemeral, and doesn’t necessarily leave a lot in the way of physical evidence,” coauthor Nicole Boivin of the Max Planck Institute for the Science of Human History tells Newsweek.