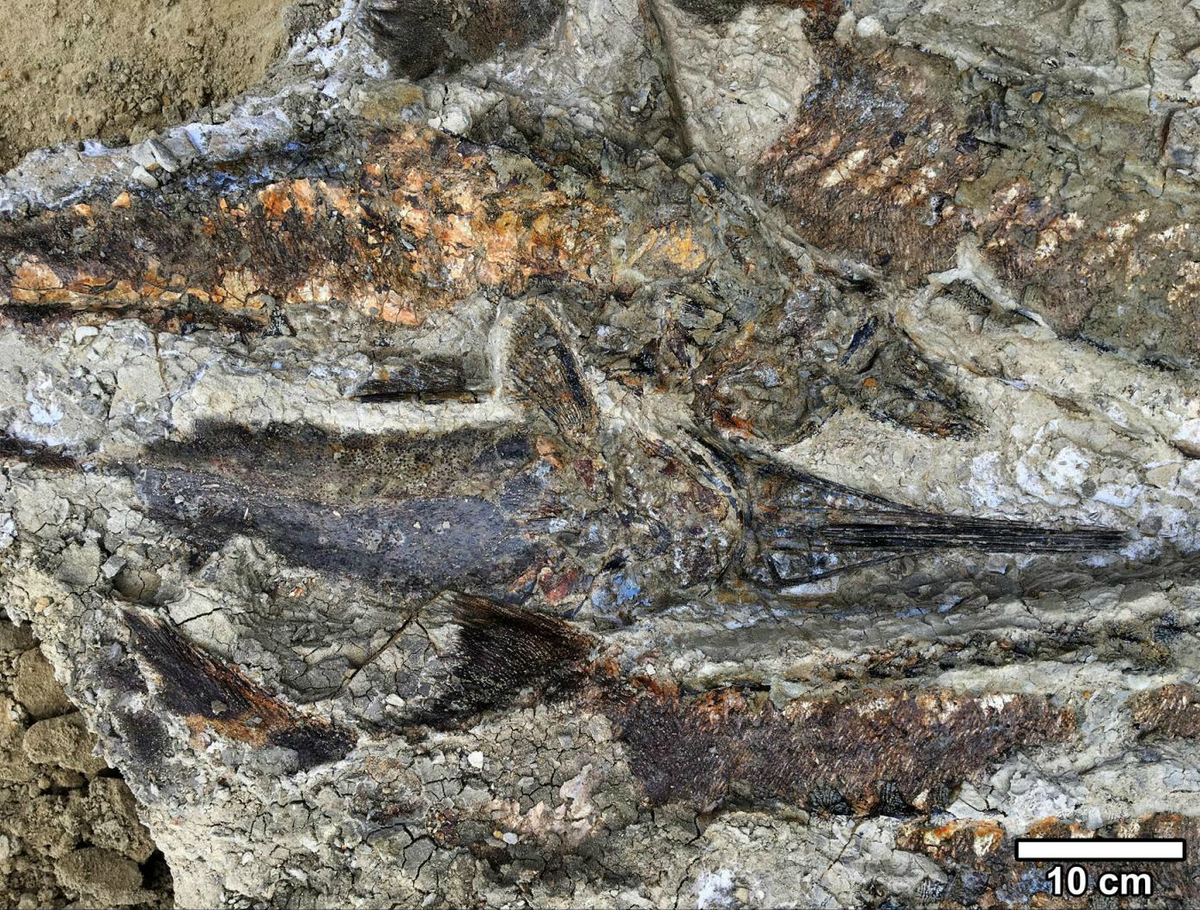 Fossilized fish unearthed in North Dakota are thought to have died after a wave of water rushed over the continent when the Chicxulub asteroid collided with Earth 66 million years ago.
Photo courtesy of Robert DePalma

A study published today (April 1) in PNAS describes evidence from a fossil site in North Dakota that researchers say tells the tale of what happened on the day of the Chicxulub asteroid collision 66 million years ago, which may have led to the extinction of dinosaurs.

The study highlights fossilized specimens, including fish, trees, and marine ammonites, all of which were deposited by large surges of water caused by the asteroid impact, which occurred near the modern-day Gulf of Mexico. Researchers explain in the paper that the shock of the impact was equivalent to an earthquake of magnitude 10 or 11. This may have led to seiche waves, oscillating movements of water in...

“It basically agitates water like a washing machine,” paleontologist and coauthor Phillip Manning of the University of Manchester tells The New York Times.

At that time, an inland sea reached up through middle of the continent and into present-day North Dakota. Seiche waves could take “tens of minutes” or a few hours, say the authors in their report, to travel 3,000 km from the crater site to where the fossils were found. This is faster than a tsunami wave, which would take about 17 hours to go the same distance, lead researcher Robert DePalma of the University of Kansas tells BBC.

The waves then could have led to the quick upheaval of sediment and the burial of organisms. “They’re not crushed,” coauthor David Burnham of the University of Kansas tells The Guardian. “It’s like an avalanche that collapses almost like a liquid, then sets like concrete. They were killed pretty suddenly because of the violence of that water. We have one fish that hit a tree and was broken in half.” 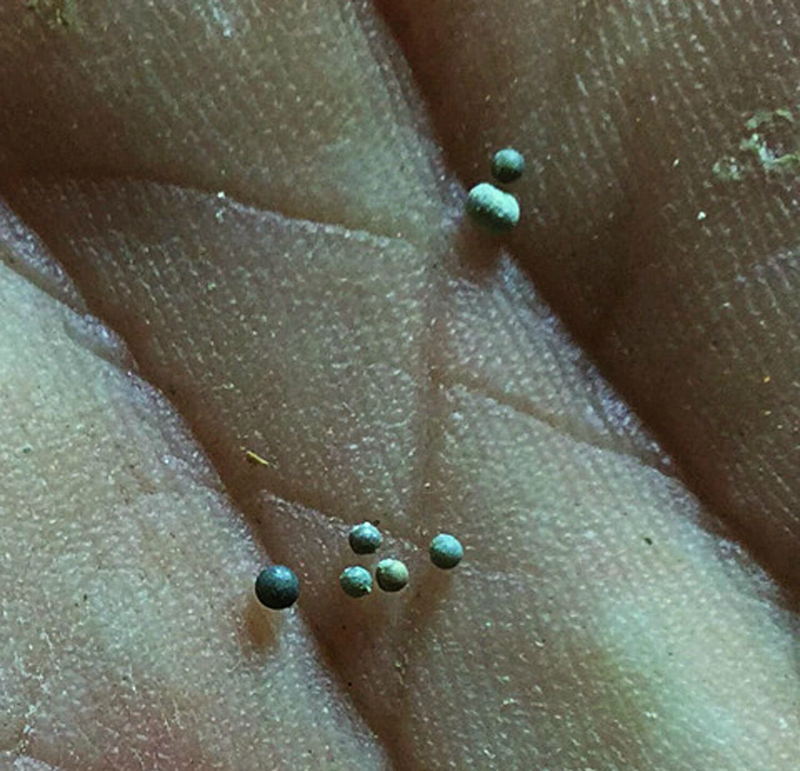 Spheres of glass, called tektites, formed from the Chicxulub asteroid impact and were recovered from the fossil site in North Dakota.
Photo courtesy of Robert DePalma

The researchers also found small pieces of rock and glass from the asteroid, called tektites, that peppered the area after the collision. The tektites were found in about 50 percent of fish, embedded in their gills, but were also preserved in amber, reports the Times. They were also able to find traces of iridium, an element often present in asteroids and meteorites. All this evidence suggests a link to Chicxulub and supports the theory that the asteroid impact led to the downfall of dinosaurs.

There are some controversies surrounding the claims. Some of the findings were first reported in The New Yorker prior to the study’s publication. But the PNAS paper does not make the same scientific claims, Science reports. For instance, The New Yorker describes the remains of dinosaurs that DePalmer claims to have come from the same site. Yet the PNAS paper presents evidence of only one dinosaur bone in the supplementary documents.

Steve Brusatte, a paleontologist at the University of Edinburgh who was not involved with the study, tells the Times, “I am left with more questions than answers when it comes to the dinosaur aspect of this story.” DePalma alludes to future papers that will present more evidence from the site including of dinosaurs, reports the Times.

Coauthor on the PNAS paper, Phil Manning of the University of Manchester, tells the BBC, “It’s one of the most important sites in the globe now.”