Anne Beaumanoir, a French resistance fighter who aided Jewish people fleeing the Nazi occupation of France during World War II and later became a groundbreaking clinical neurologist and epilepsy researcher, died in her home in Quimper on March 4 at the age of 98.

Her medical colleagues at Geneva University confirmed her death but did not cite a cause, according to The Washington Post.

Raymonde Marcelle Anne Beaumanoir was born in 1923 in the town of Créhen in Brittany. Her father Jean, a cyclist from a well-to-do family, ran a bicycle shop before opening a bistro in the next town over. After he married Anne’s mother, Martha Brunet, a milkmaid and the daughter of a farmer, Jean’s relatives cut him off. Together, Jean and Martha ran the restaurant, according to the Post.

Beaumanoir was a medical student at Aix-Marseilles University during the German occupation of France in 1940. At 19, she secretly joined the youth movement of the French Communist Party (PFC), according to the International League Against Epilepsy (ILAE). “The choice to become a resistance member was easy. There were those that covered their noses, ears and all that; but most people who looked at what we were going through had to make a choice. Luckily, I think I made the right choice,” said Beaumanoir, in a 2020 interview with France Culture translated via Google Translate.

According to the Post, both of Beaumanoir’s parents held strong anti-authoritarian, left-wing views. They had aided the passage of Spanish resistance fighters fleeing their country’s civil war in the 1930s and supported Beaumanoir’s resistance activities.

In 1944, Beaumanoir learned from resistance members that the Gestapo were about to raid a house where two teenagers, Daniel and Simone Lisoprawski, were hiding out. She arrived in time to warn the teenagers of the raid, and a resistance fighter managed to relocate them safely to another location. Beaumanoir later took the children to her family’s restaurant, and they remained safe, hopping between safehouses, until the end of the war in 1945. Her family later took the Lisoprawskis into their own home.

In 1996, Yad Vashem, Israel’s Holocaust memorial, named Beaumanoir and her parents among the Righteous Among the Nations, a designation for non-Jews who rescued Jews, for their role in helping the Lisoprawski family.

When asked why she had rescued two Jews, risking her and her parents’ lives, she said, “I hate racism. For me, it’s a physical thing,” according to Yad Vashem. 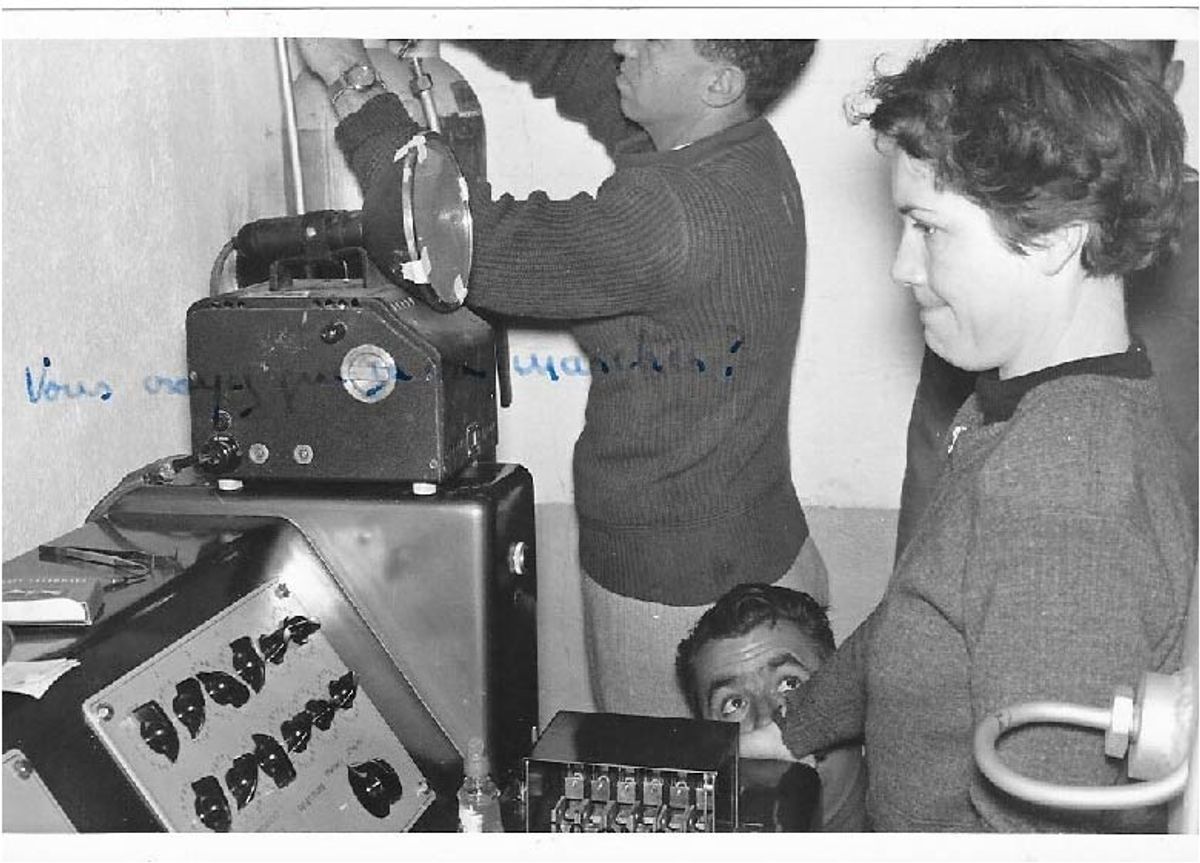 Anne Beaumanoir with an EEG machine
COUrtesy of Roger Gilles

After the end of WWII, Beaumanoir resumed her studies at Aix-Marseilles and graduated with honors in 1954. She then traveled to Marseille to train in clinical neurology and learn how to conduct electroencephalogram (EEG) tests. There, she and a group of other researchers defined a number of major human EEG patterns such as lambda waves, mu rhythms, and posterior theta spikes. In addition, the group established several methods for activating abnormal EEG discharges in patients in order to measure epileptic activity, according to the ILAE.

In the 1950s, when Beaumanoir was working as a neurophysiologist and clinical neurologist in Marseille, she met Francis Jeanson, a political activist who supported the Algerian National Liberation Front, then fighting for independence from France, reports the Post. France had colonized Algiers in the 1830s and remained a colonial power until the Algerian War of Independence in the 1950s, a brutal guerilla conflict fought over the course of a decade.

Beaumanoir worked as a suitcase carrier and chauffeur for Algerian resistance members inside France. She was eventually caught and convicted to 10 years in prison, but only served a few months due to the fact that she was pregnant, according to The Press. Released into house arrest to give birth, she escaped to Tunisia via Italy, and later to Algeria. After Algeria gained independence in 1962, she worked for the country’s ministry of health under the first president, Ahmed Ben Bella, and was granted Algerian citizenship, according to the Post.

After a bloodless coup ousted Bella in 1965, Beaumanoir fled to Switzerland, narrowly escaping arrest once more, and from 1968 onward she served as the head of the Department of Clinical Neurology and Epileptilogy at Geneva University. Throughout her career, she studied the EEG signatures of cerebrovascular disease, occipital epilepsies, and childhood epilepsies, according the ILAE.

In retirement, she had homes near her birthplace and in the Drôme area of southern France.

Details on the surviving members of her family were not immediately available, according to the Post.