With nothing but a floating patch of vegetation and the wind at their backs, a prehistoric primate lineage crossed the Atlantic from Africa to South America millions of years ago, according to a study published April 9 in Science. The new evidence pointing to this accidental migration builds on a previous discovery supporting the idea that another primate group had done the same thing.

In 2015, scientists announced the recovery of primate teeth from animals that lived 36 million years ago in the Peruvian Amazon basin believed to have been the ancestors of New World monkeys. With no fossil evidence of these primates in Europe, North America, or even Antarctica, it appears they did not take the scenic route from Africa, but rather, a more direct path across the sea.

Now, four fossilized molars dating back 32–35 million years ago have been found in Peru near the same site and hint that there was a second set of primates to sail across the Atlantic. These ancient primates, known as Ucayalipithecus perdita, likely came from Africa. 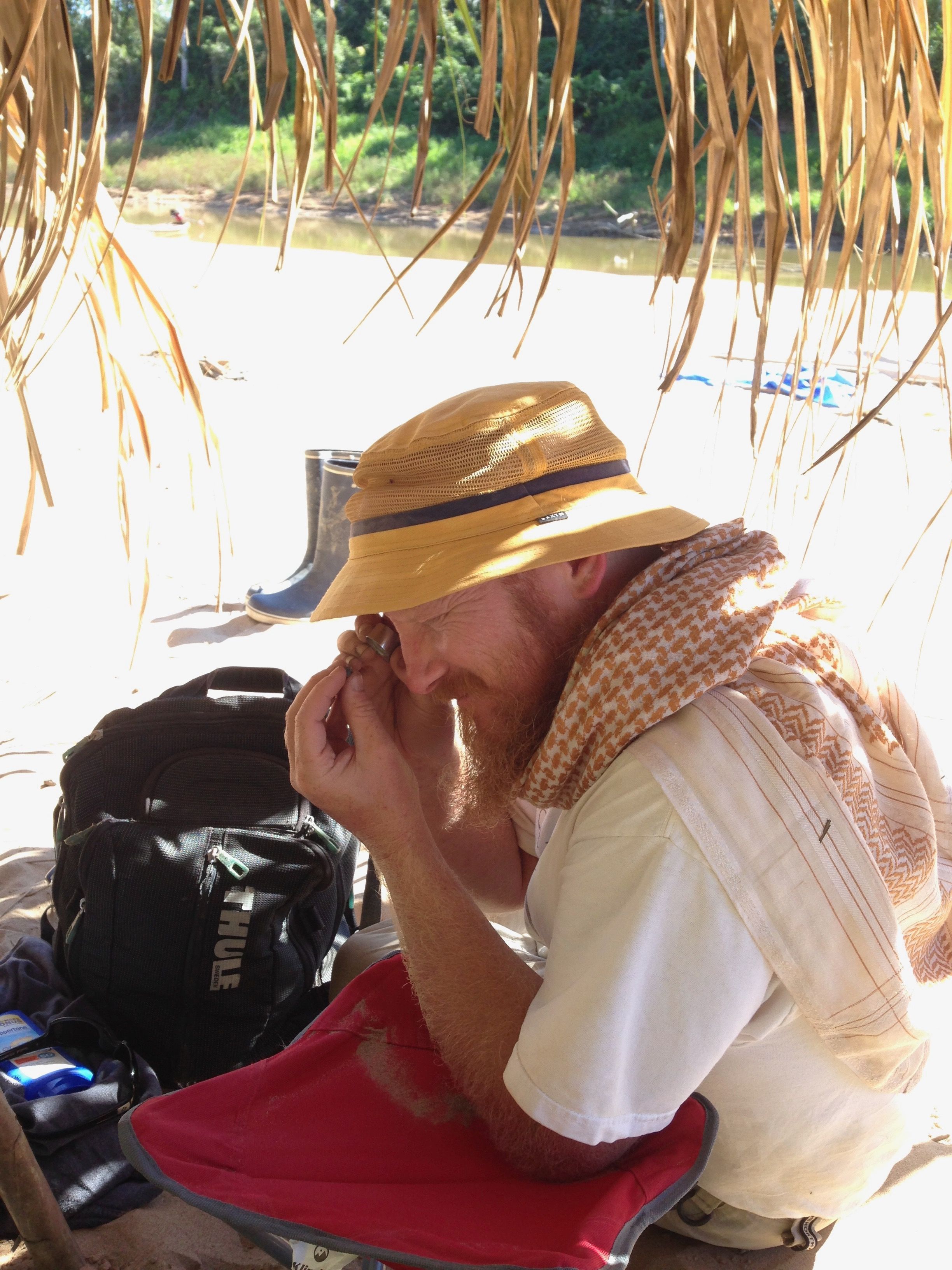 They appear to be close relatives of parapithecids, primates with an extensive fossil record in Egypt and other parts of Northern Africa dating back 56 million years. While descendants of the previously discovered primates have thrived, those of U. perdita are all extinct.

“Parapithecid teeth are distinctive,” Ellen Miller, a paleoprimatologist from Wake Forest University who was not involved with the research, tells Smithsonian Magazine.

Vegetative rafts occur when a chunk of land becomes dislodged during a storm or flooding event and is carried down a river or out into the ocean. Any animals that happen to be on the raft are then at the mercy of the current. This happens commonly around certain island chains, but a trek across the ocean is a taller order.

According to Smithsonian, lead author Erik Seiffert, a professor of anatomy at the University of Southern California, was skeptical about the ability of a raft to bring the primates over, until watching a video taken in the Panama Canal during flooding that showed a raft with a tree standing upright. Not only could a tree help to act as a sail, but if it were bearing fruit, it could have provided the animals with the food and water needed to sustain life.

Nowadays, a journey from the southwesternmost point in Senegal to Brazil (the current closest point between the two continents) is roughly 1,700 miles. At the time of these primates’ voyage 35 million years ago, however, conditions were different.

“We’re suggesting that this group might have made it over to South America right around what we call the Eocene-Oligocene Boundary, a time period between two geological epochs, when the Antarctic ice sheet started to build up and the sea level fell,” Seiffert explains in a statement. “That might have played a role in making it a bit easier for these primates to actually get across the Atlantic Ocean.”

Ultimately, the voyage for the primates would have been closer to 1,000 miles. In 2016, the scientists estimated the trip would have taken about two weeks.

“I think more researchers will become interested in modeling these events, saying ‘Okay, we know this happens, so under what circumstances might we expect it to occur?’” Miller says to Smithsonian. “The implications of this research should be a game-changer in primate biogeography.”